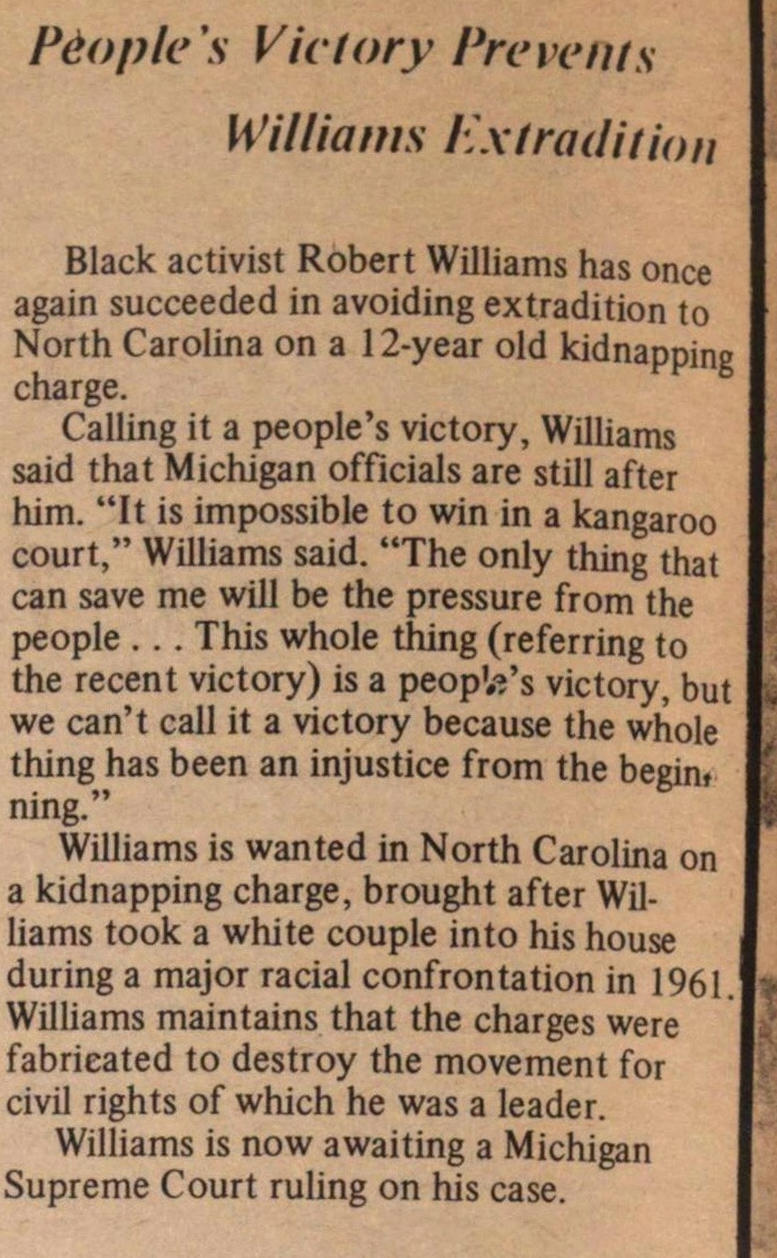 Black activist Robert Williams has once again succeeded in avoiding extradition to North Carolina on a 12-year old kidnapping charge.

Calling it a people's victory, Williams said that Michigan officials are still after him. “It is impossible to win in a kangaroo court,” Williams said. “The only thing that can save me will be the pressure from the people . . . This whole thing (referring to the recent victory) is a people’s victory, but we can’t call it a victory because the whole thing has been an injustice from the beginning.” Williams is wanted in North Carolina on a kidnapping charge, brought after Williams took a white couple into his house during a major racial confrontation in 1961. Williams maintains that the charges were fabricated to destroy the movement for civil rights of which he was a leader.

Williams is now awaiting a Michigan Supreme Court ruling on his case.