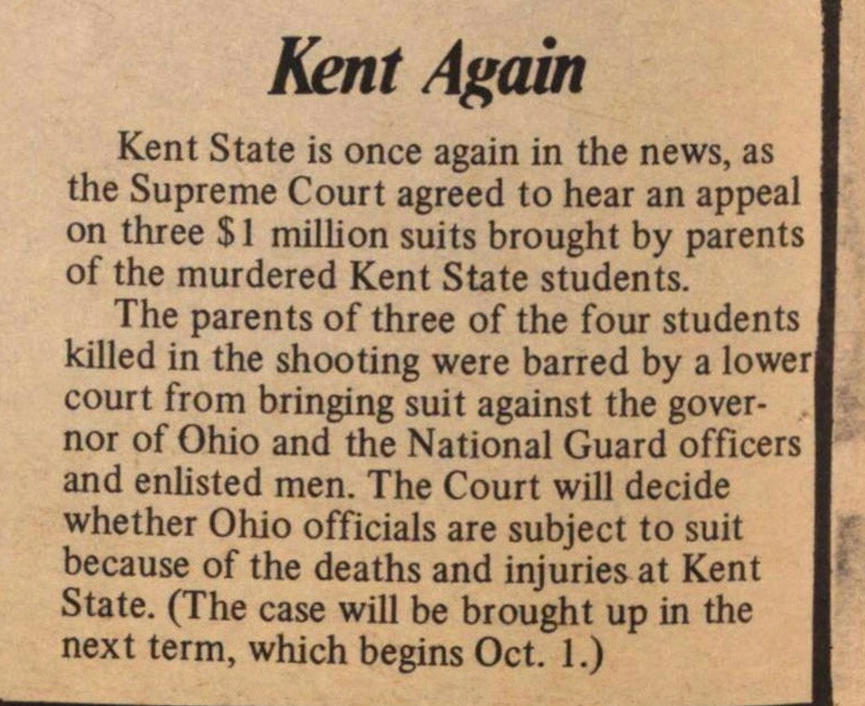 Kent State is once again in the news, as the Supreme Court agreed to hear an appeal on three $1 million suits brought by parents of the murdered Kent State students.

The parents of three of the four students killed in the shooting were barred by a lower court from bringing suit against the governor of Ohio and the National Guard officers and enlisted men. The Court will decide whether Ohio officials are subject to suit because of the deaths and injuries at Kent State. (The case will be brought up in the next term, which begins Oct. 1.)