Goin' To The Primo 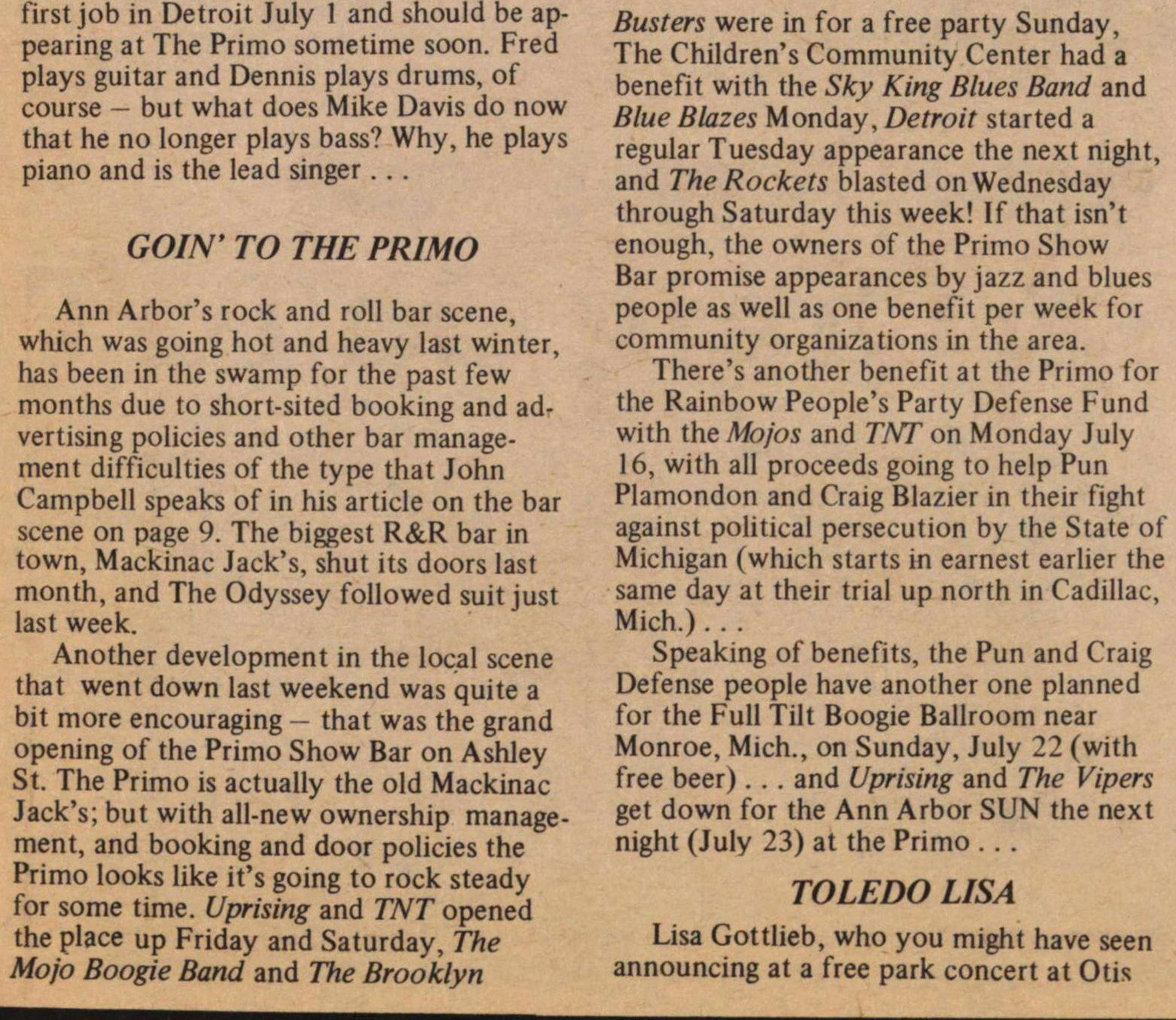 GOIN' TO THE PRIMO

Ann Arbor's rock and roll bar scene, which was going hot and heavy last winter, has been in the swamp for the past few months due to short-sited booking and advertising policies and other bar management difficulties of the type that John Campbell speaks of in his article on the bar scene on page 9. The biggest R&R bar in town, Mackinac Jack's, shut its doors last month, and The Odyssey followed suit just last week.

Another development in the local scene that went down last weekend was quite a bit more encouraging - that was the grand opening of the Primo Show Bar on Ashley St. The Primo is actually the old Mackinac Jack's; but with all-new ownership management, and booking and door policies. The Primo looks like it's going to rock steady for some time. Uprising and TNT opened the place up Friday and Saturday, The Mojo Boogie Band and The Brooklyn Busters were in for a free party Sunday, The Children's Community Center had a benefit with the Sky King Blues Band and Blue Blazes Monday, Detroit started a regular Tuesday appearance the next night, and The Rockets blasted on Wednesday through Saturday this week! If that isn't enough, the owners of the Primo Show Bar promise appearances by jazz and blues people as well as one benefit per week for community organizations in the area.

There's another benefit at the Primo for the Rainbow People's Party Defense Fund with the Mojos and TNT on Monday July 16, with all proceeds going to help Pun Plamondon and Craig Blazier in their fight against political persecution by the State of Michigan (which starts in earnest earlier the same day at their trial up north in Cadillac, Mich.) . . .

Speaking of benefits, the Pun and Craig Defense people have another one planned for the Full Tilt Boogie Ballroom near Monroe, Mich., on Sunday, July 22 (with free beer) . . . and Uprising and The Vipers get down for the Ann Arbor SUN the next night (July 23) at the Primo . . .