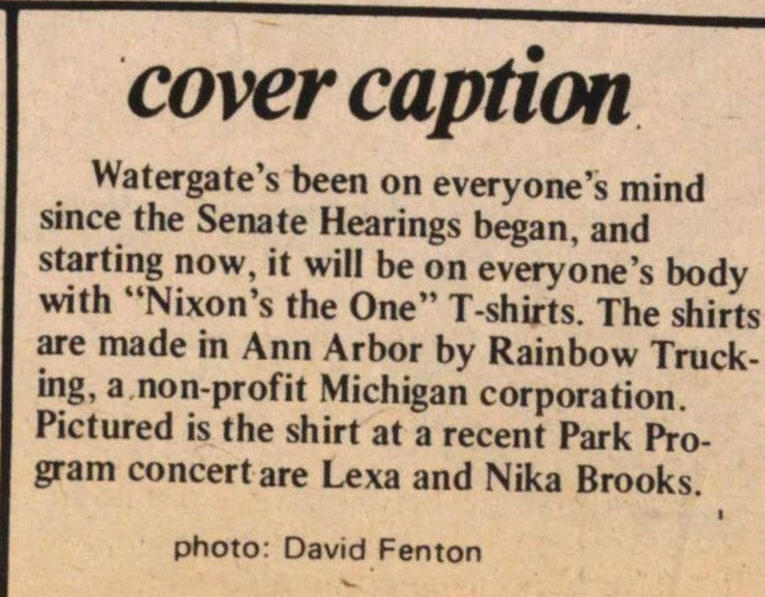 Sexism in the Bars

Watergate's been on everyone's mind since the Senate Hearings began, and starting now, it will be on everyone's body with "Nixon's the One" T-shirts. The shirts are made in Ann Arbor by Rainbow Trucking, a non-profit Michigan Corporation. Pictured is the shirt at a recent Park Program concert are Lexa and Nika Brooks.