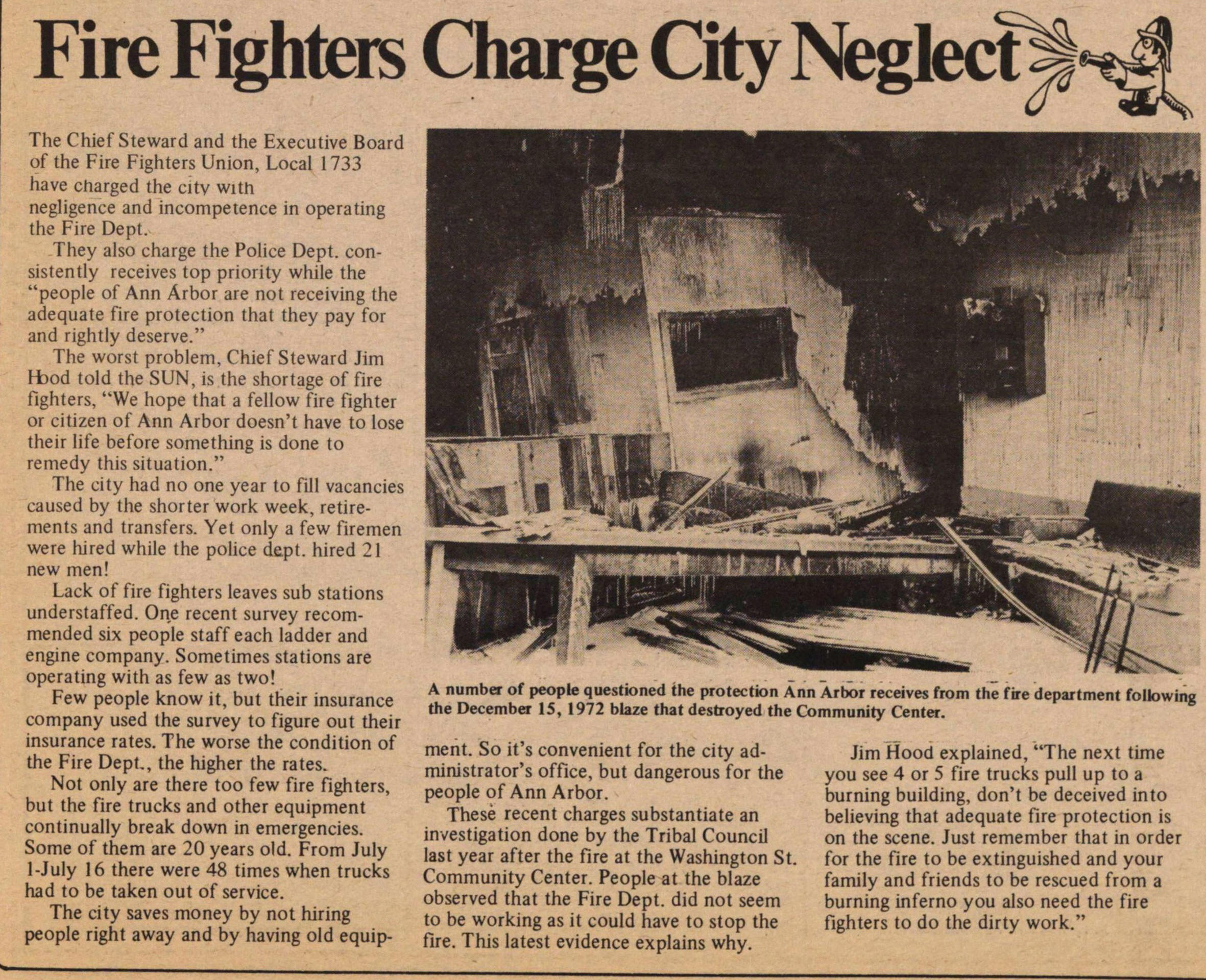 The Chief Steward and the Executive Board of the Fire Fighters Union, Local 1733 have charged the city with negligence and incompetence in operating the Fire Dept.

They also charge the Police Dept. consistently receives top priority while the “people of Ann Arbor are not receiving the adequate fire protection that they pay for and rightly deserve.”

The worst problem, Chief Steward Jim Hood told the SUN, is the shortage of fire fighters, “We hope that a fellow fire fighter or citizen of Ann Arbor doesn’t have to lose their life before something is done to remedy this situation.”

The city had no one year to fill vacancies caused by the shorter work week, retirements and transfers. Yet only a few firemen were hired while the police dept. hired 21 new men!

Not only are there too few fire fighters, but the fire trucks and other equipment continually break down in emergencies. Some of them are 20 years old. From July 1 – July 16 there were 48 times when trucks had to be taken out of service.

The city saves money by not hiring people right away and by having old equipment. So it’s convenient for the city administrator’s office, but dangerous for the people of Ann Arbor.

These recent charges substantiate an investigation done by the Tribal Council last year after the fire at the Washington St. Community Center. People at the blaze observed that the Fire Dept. did not seem to be working as it could have to stop the fire. This latest evidence explains why.

Jim Hood explained, “The next time you see 4 or 5 fire trucks pull up to a burning building, don’t be deceived into believing that adequate fire protection is on the scene. Just remember that in order for the fire to be extinguished and your family and friends to be rescued from a burning inferno you also need the fire fighters to do the dirty work.”

[photo caption:] A number of people questioned the protection Ann Arbor receives from the fire department following the December 15, 1972 blaze that destroyed the Community Center.