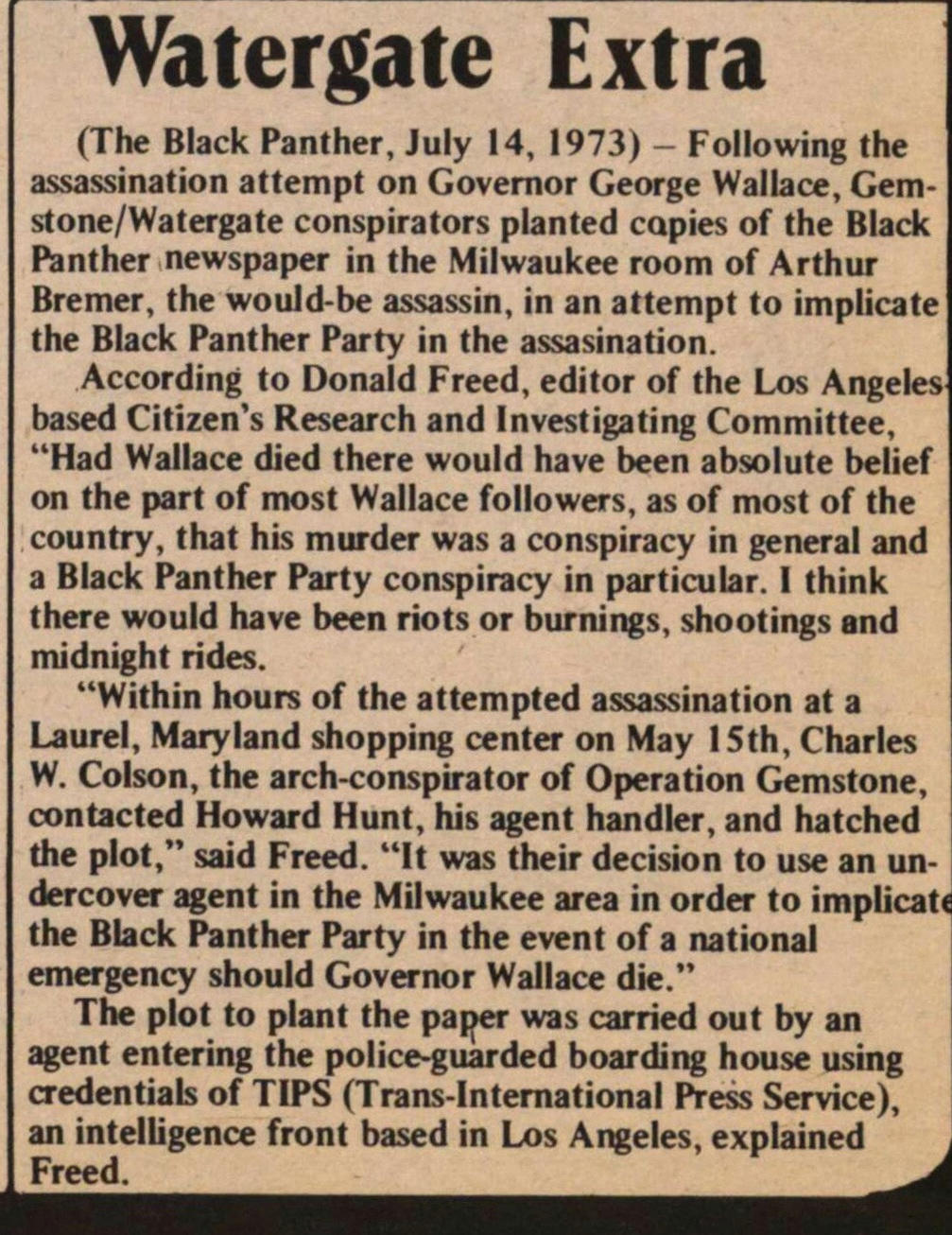 According to Donald Freed, editor of the Los Angeles based Citizen's Research and Investigating Committee, "Had Wallace died there would have been absolute belief on the part of most Wallace followers, as of most of the country, that his murder was a conspiracy in general and a Black Panther Party conspiracy in particular. I think there would have been riots or burnings, shootings and midnight rides."

"Within hours of the attempted assassination at a Laurel, Maryland shopping center on May 15th, Charles W. Colson, the arch-conspirator of Operation Gemstone, contacted Howard Hunt, his agent handler, and hatched the plot," said Freed. "It was their decision to use an undercover agent in the Milwaukee area in order to implicate the Black Panther Party in the event of a national emergency should Governor Wallace die."

The plot to plant the paper was carried out by an agent entering the police-guarded boarding house using credentials of TIPS (Trans-International Press Service), an intelligence front based in Los Angeles, explained Freed.