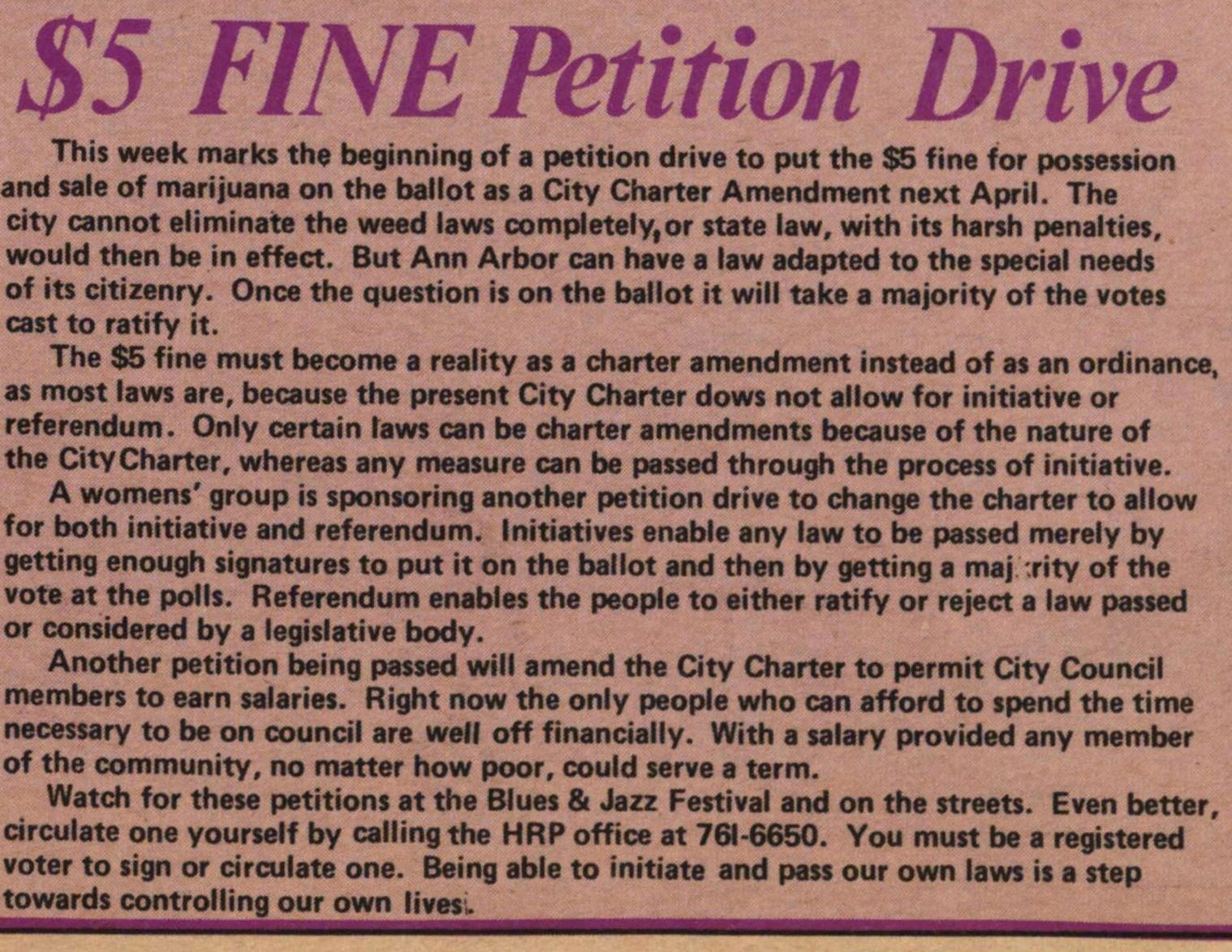 This week marks the beginning of a petition drive to put the $5 fine for possession and sale of marijuana on the ballot as a City Charter Amendment next April. The city cannot elimínate the weed laws completely.or state law, with its harsh penalties, would then be in effect. But Ann Arbor can have a law adapted to the special needs of its citizenry. Once the question is on the ballot it wilt take a majority of the votes cast to ratify it. The $5 fine must become a reality as a charter amendment instead of as an ordinance, as most laws are, because the present City Charter dows not allow for initiative or referendum. Only certain laws can be charter amendments because of the nature of the City Charter, whereas any measure can be passed through the process of initiative. A womens' group is sponsoring another petition drive to change the charter to allow for both initiative and referendum. Initiatives enable any law to be passed merely by getting enough signatures to put it on the ballot and then by getting a maj rity of the vote at the polls. Referendum enables the people to either ratify or reject a law passed or considered by a legislative body. Another petition being passed will amend the City Charter to permit City Council members to earn salaries. Right now the only people who can afford to spend the time necessary to be on council are well off financially. With a salary provided any member of the community , no matter how poor, could serve a term. Watch for these petitions at the Blues & Jazz Festival and on the streets. Even better, circuíate one yourself by callingthe HRP office at 761-6650. You must be a registered voter to sign or circuíate one. Being able to initiate and pass our own laws is a step towards controlling our own live.