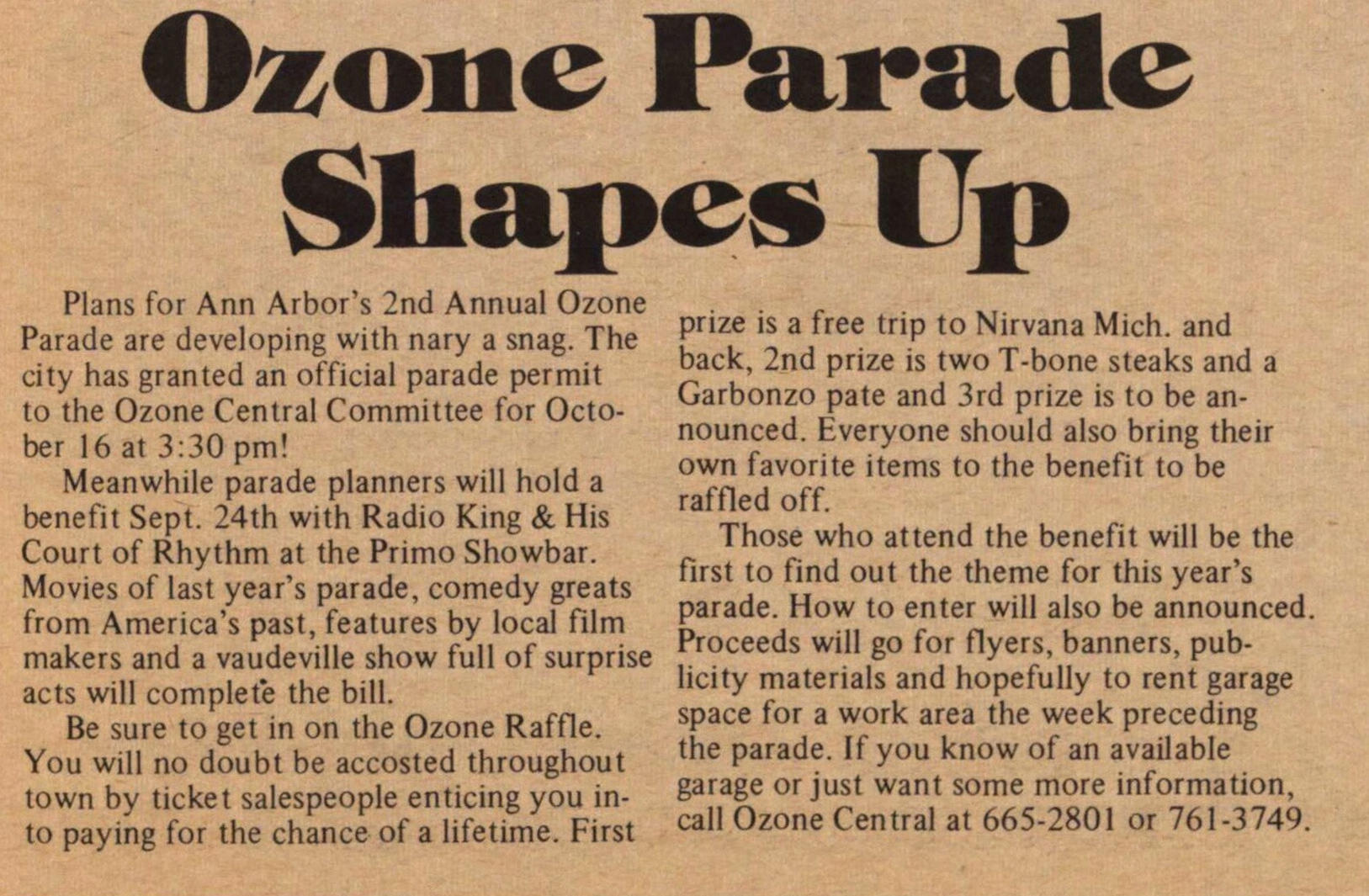 Plans for Ann Arbor's 2nd Annual Ozone Parade are developing with nary a snag. The city has granted an official parade permit to the Ozone Central Committee for October 16 at 3:30 pm! Meanwhile parade planners will hold a benefit Sept. 24th with Radio King & His Court of Rhythm at the Primo Showbar. Movies of last year's parade, comedy greats from America's past, features by local film makers and a vaudeville show full of surprise acts will complete the bilí. Be sure to get in on the Ozone Raffle. You will no doubt be accosted throughout town by ticket salespeople enticing you into paying for the chance of a lifetime. First prize is a free trip to Nirvana Mich. and back, 2nd prize is two T-bone steaks and a Garbonzo pate and 3rd prize is to be announced. Everyone should also bring their own favorite items to the benefit to be raffled off. Those who attend the benefit will be the first to find out the theme for this year's parade. How to enter will also be announced. Proceeds will go for flyers, banners, publicity materials and hopefully to rent garage space for a work area the week preceding the parade. If you know of an available garage or just want some more information, cali Ozone Central at 665-2801 or 761-3749.