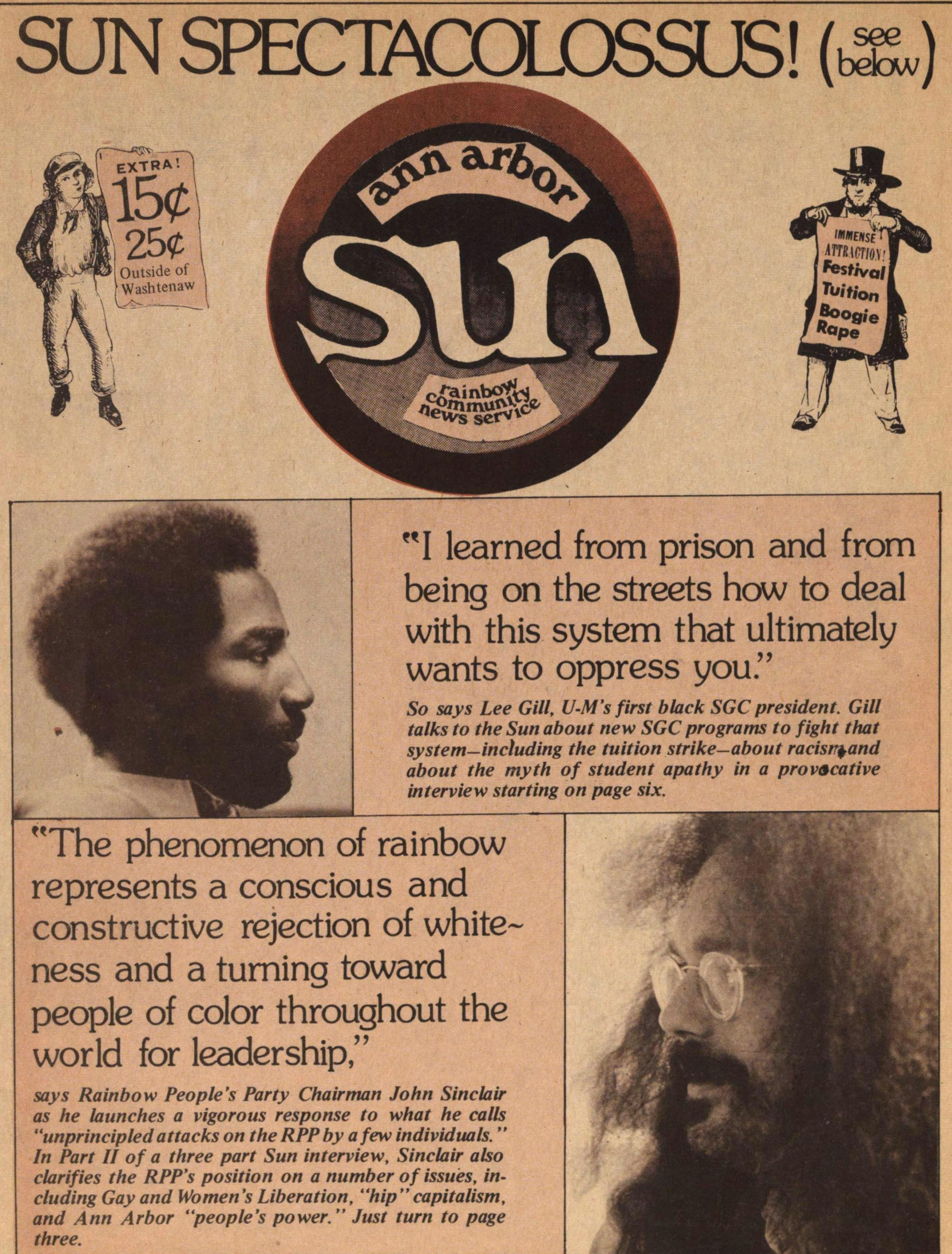 "I learned from prison and from being on the streets how to deal with this system that ultimately wants to oppress you."

So says Lee GUI, U-M's first black SGC president. Gill talks to the Sun about new SGC programs to fight that system- including the tuition strike- about racism and about the myth of student apathy in a provocative interview starting on page six.

"The phenomenon of rainbow represents a conscious and constructive rejection of whiteness and a turning toward people of color throughout the world for leadership,"

says Rainbow People 's Party Chairman John Sinclair as he launches a vigorous response to what he calls "unprincipled attacks on the RPP by a few individuals. " In Part II of a three part Sun interview, Sinclair also clarifies the RPP's position on a number of issues, including Gay and Women 's Liberation, "hip" capitalism, and Ann Arbor "people's power." Just turn to page three.