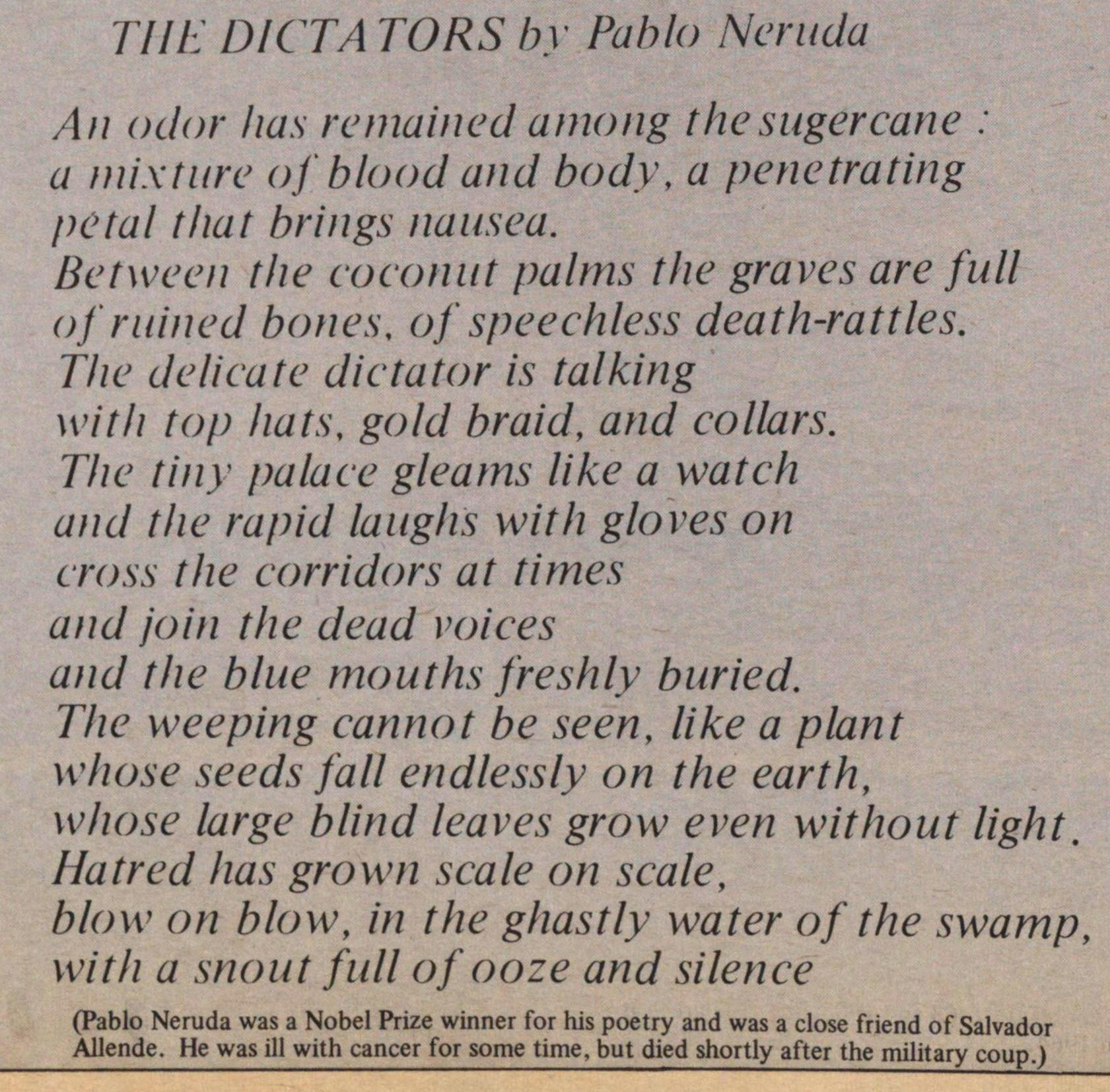 THE DICTATORS by Pablo Neruda

An odor has remained among the sugarcane:
a mixture of blood and body, a penetrating petal that brings nausea. Between the coconut palms the graves are full of ruined bones, of speechless death-rattles.
The delicate dictator is talking with top hats, gold braid, and collars.
The tiny palace gleams like a watch
and the rapid laughs with gloves on
cross the corridors at times
and join the dead voices
and the blue mouths freshly buried.
The weeping cannot be seen, like a plant whose seeds fall endlessly on the earth, whose large blind leaves grow even without light.
Hatred has grown scale on scale,
blow on blow, in the ghastly water of the swamp,
with a snout full of ooze and silence

(Pablo Neruda was a Nobel Prize winner for his poetry and was a close friend of Salvador Allende. He was ill with cancer for some time, but died shortly after the military coup.)