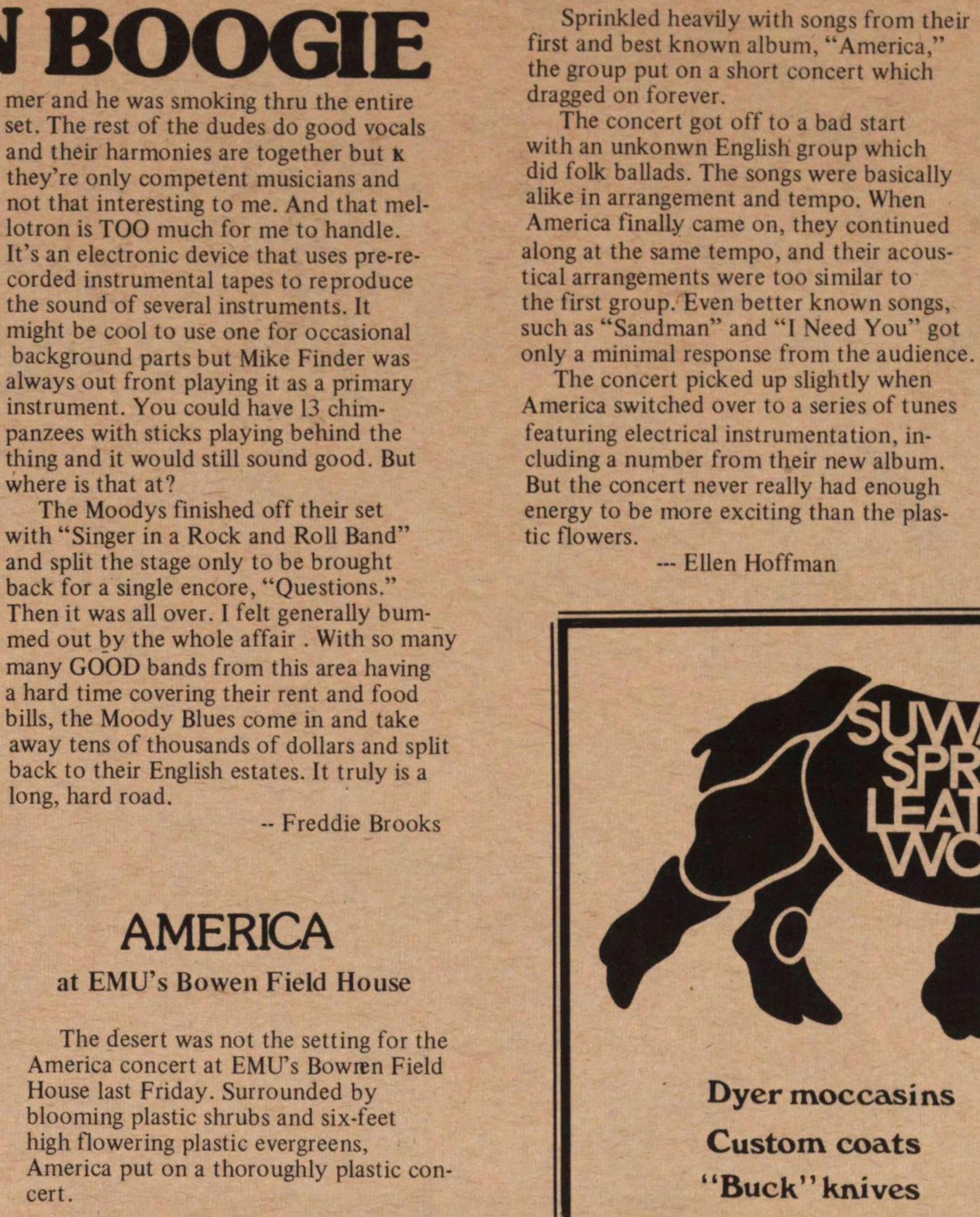 The desert was not the setting for the America concert at EMU's Bowen Field House last Friday. Surrounded by blooming plastic shrubs and six-feet high flowering plastic evergreens, America put on a thoroughly plastic concert.

Sprinkled heavily with songs from their first and best known album, "America," the group put on a short concert which dragged on forever.

The concert got off to a bad start with an unknown English group which did folk ballads. The songs were basically alike in arrangement and tempo. When America finally came on, they continued along at the same tempo, and their acoustical arrangements were too similar to the first group. Even better known songs, such as "Sandman" and "I Need You" got only a minimal response from the audience.

The concert picked up slightly when America switched over to a series of tunes featuring electrical instrumentation, including a number from their new album. But the concert never really had enough energy to be more exciting than the plastic flowers.