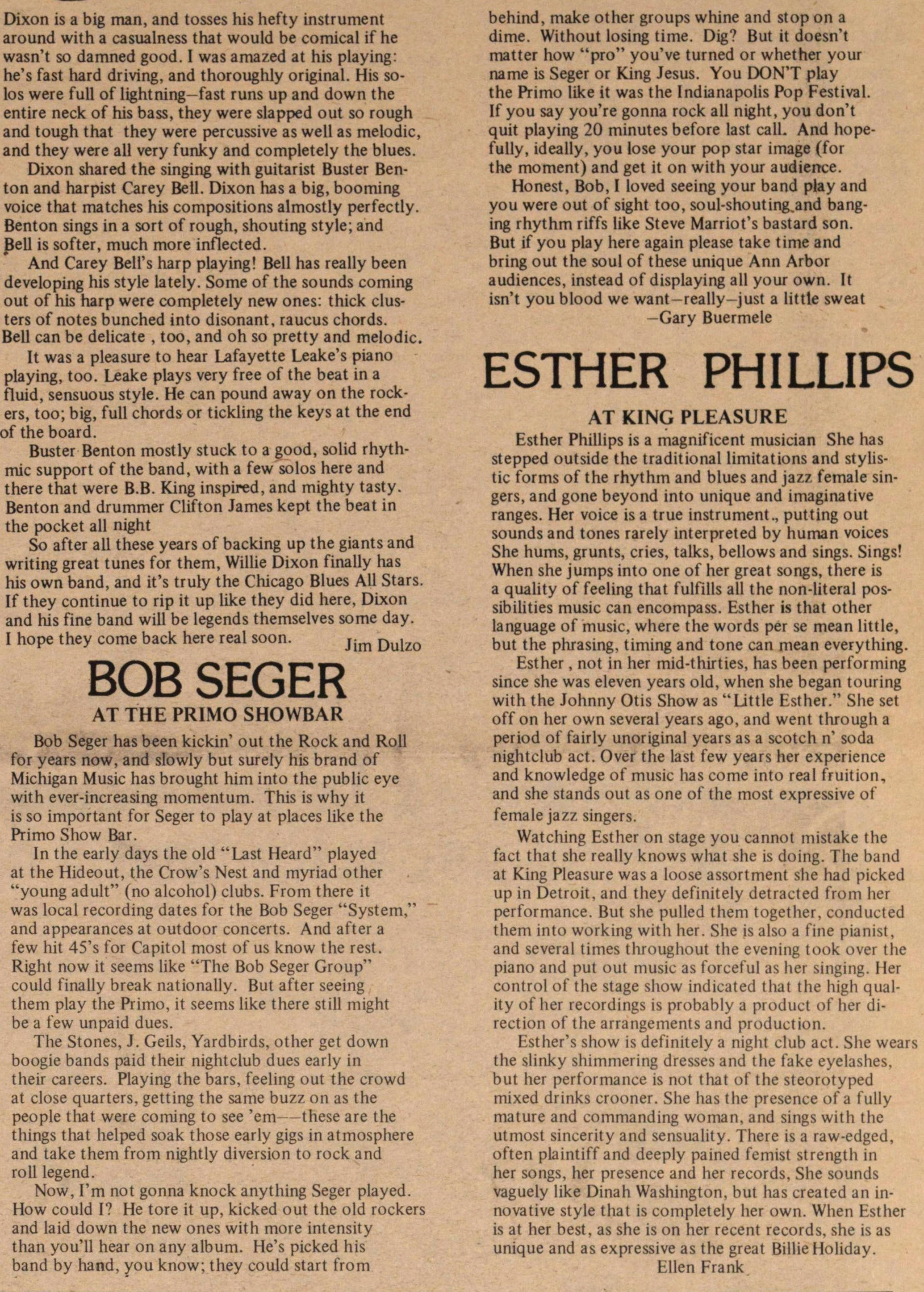 Bob Seger has been kickin' out the Rock and Roll for years now, and slowly but surely nis brand of Michigan Music has brought him into the public eye with ever-increasing momentum. This is why it is so important for Seger to play at places like the Primo Show Bar. In the early days the old "Last Heard" played at the Hideout, the Crow's Nest and myriad other "young adult" (no alcohol) clubs. From there it was local recording dates for the Bob Seger "System," and appearances at out door concerts. And after a few hit 45's for Capítol most of us know the rest. Right now it seems like "The Bob Seger Group" could finally break nationally. But after seeing them play the Primo, it seems like there still might be a few unpaid dues. The Stones, J. Geils, Yardbirds, other get down boogie bands paid their nightclub dues early in their careers. Playing the bars, feeling out the crowd at close quarters, getting the same buzz on as the people that were coming to see 'em - these are the things that helped soak those early gigs in atmosphere and take them from nightly diversion to rock and roll legend. Now, I'm not gonna knock anything Seger played. How could I? He tore it up, kicked out the old rockers and laid down the new ones with more intensity than you'll hear on any album. He's picked his band by hand, you know; they could start from behind, make other groups whine and stop on a dime. Without losing time. Dig? But it doesn't matter how "pro" you've turned or whether your name is Seger or King Jesus. You DONT play the Primo like it was the Indianapolis Pop Festival. If you say you'regonna rock all night, youdon't quit playing 20 minutes before last cali. And hopefully, ideally, you lose your pop star image (for the moment) and get it on with your audience. Honest, Bob, I loved seeing your band play and you were out of sight too, soul-shouting.and banging rhythm riffs like Steve Marriot's bastard son. But if you play here again please take time and bring out the soul of these unique Ann Arbor audiences, instead of displaying all your own. It isn't you blood we want- really- just a little sweat