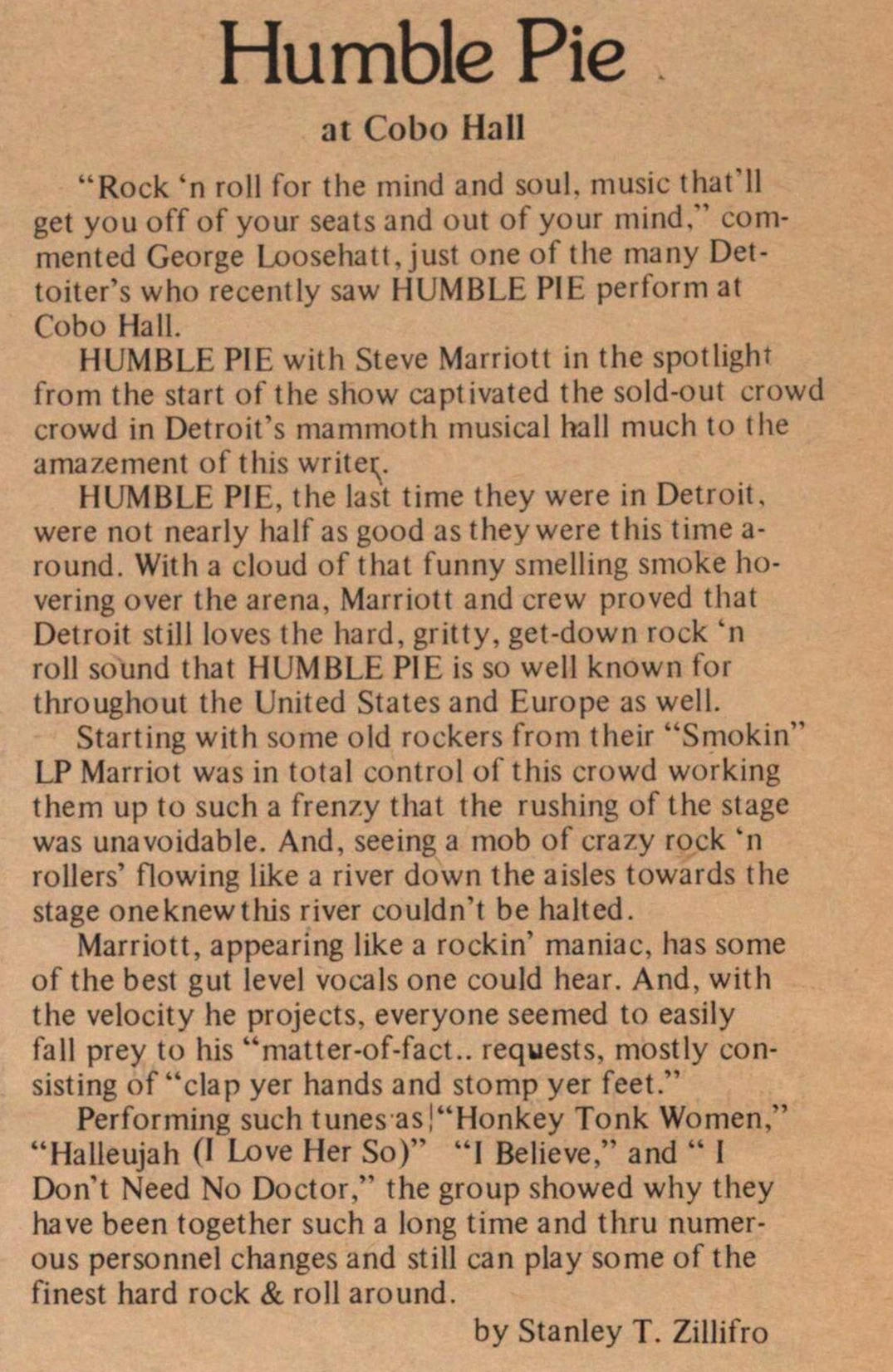 "Rock 'n roll for the mind and soul. music that'll get you off of your seats and out of your mind." commented George Loosehatt, just one of the many Dettoiter's who recent ly saw HUMBLE PIE perform at Cobo Hall. HUMBLE PIE with Steve Marriott in the spotlight from the start of the show captivated the sold-out crowd crowd in Detroit's mammoth musical hall much to the amazement of this writer. HUMBLE PIE, the last time they were in Detroit, were not nearly half asgood as they were this time around. With a cloud of that funny smelling smoke hovering over the arena, Marriott and crew proved that Detroit still loves the hard, gritty, get-down rock 'n roll sound that HUMBLE PIE is so well known for throughout the United States and Europe as well. Starting with some old rockers from their "Smokin" LP Marriot was in total control of this crowd working them up to such a frenzy that the rushing of the stage was unavoidable. And, seeing a mob of crazy rock 'n rollers' flowing like a river down the aisles towards the stage oneknewthis river couldn't be halted. Marriott, appearing like a rockin' maniac, has some of the best gut leve] vocals one could hear. And. with the velocity he projects, everyone seemed to easily fall prey to his "matter-of-fact.. requests, mostly consisting of "clap yer hands and stomp yer feet." Performing such tunes as!"Honkey Tonk Women," "Halleujah (I Love Her So)" "I Believe," and " I Don't Need No Doctor," the group showed why they have been together such a long time and thru numerous personnel changesand still can play some of the finest hard rock & roll around.