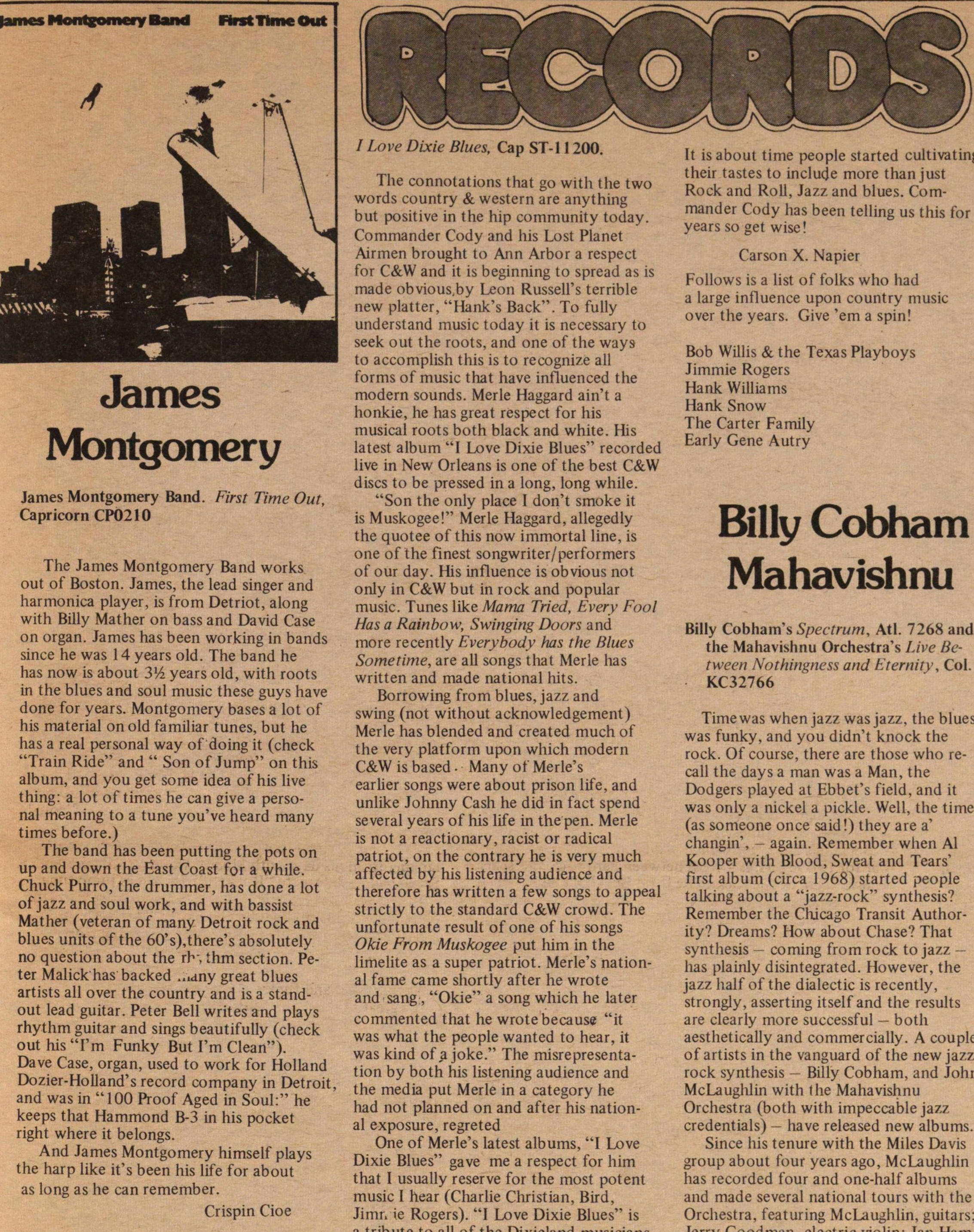 James Montgomery Band. First Time Out, Capricorn CP0210 The James Montgomery Band works out of Boston. James, the lead singer and harmonica player, is from Detriot, along with Billy Mather on bass and David Case on organ. James has been working in bands since he was 14 years old. The band he has now is about 316. years old, with roots in the blues and soul music these guys have done for years. Montgomery bases a lot of his material on old familiar tunes, but he has a real personal way of doing it (check "Train Ride" and " Son of Jump" on this album, and you get some idea of his live thing: a lot of times he can give a personal meaning to a tune you've heard many times before.) The band has been putting the pots on up and down the Éast Coast for a while. Chuck Purro, the drummer, has done a lot of jazz and soul work, and with bassist Mather (veteran of many Detroit rock and blues units of the 6O's),there's absolutely no question about the rh ïhm section. Peter Malick has backed ..idny great blues artists all over the country and is a standout lead guitar. Peter Bell writesand plays rhythm guitar and sings beautifully (check out his 'Tm Funky But I'm Clean"). Dave Case, organ, used to work for Holland Dozier-Holland's record company in Detroit, and was in "100 Proof Aged in Soul:" he keeps that Hammond B-3 in his pocket right where it belongs. And James Montgomery himseif plays the harp like it's been his life for about as lona as he can remember.