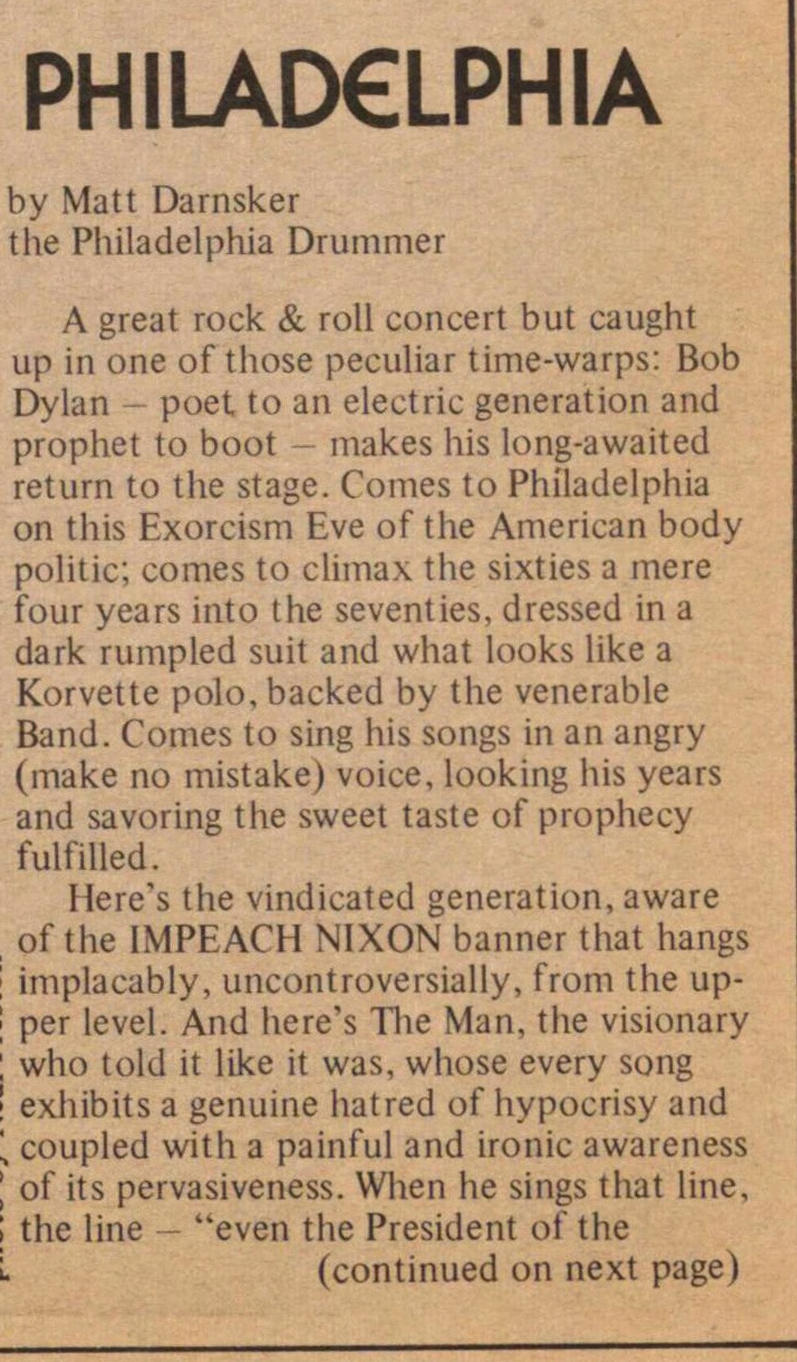 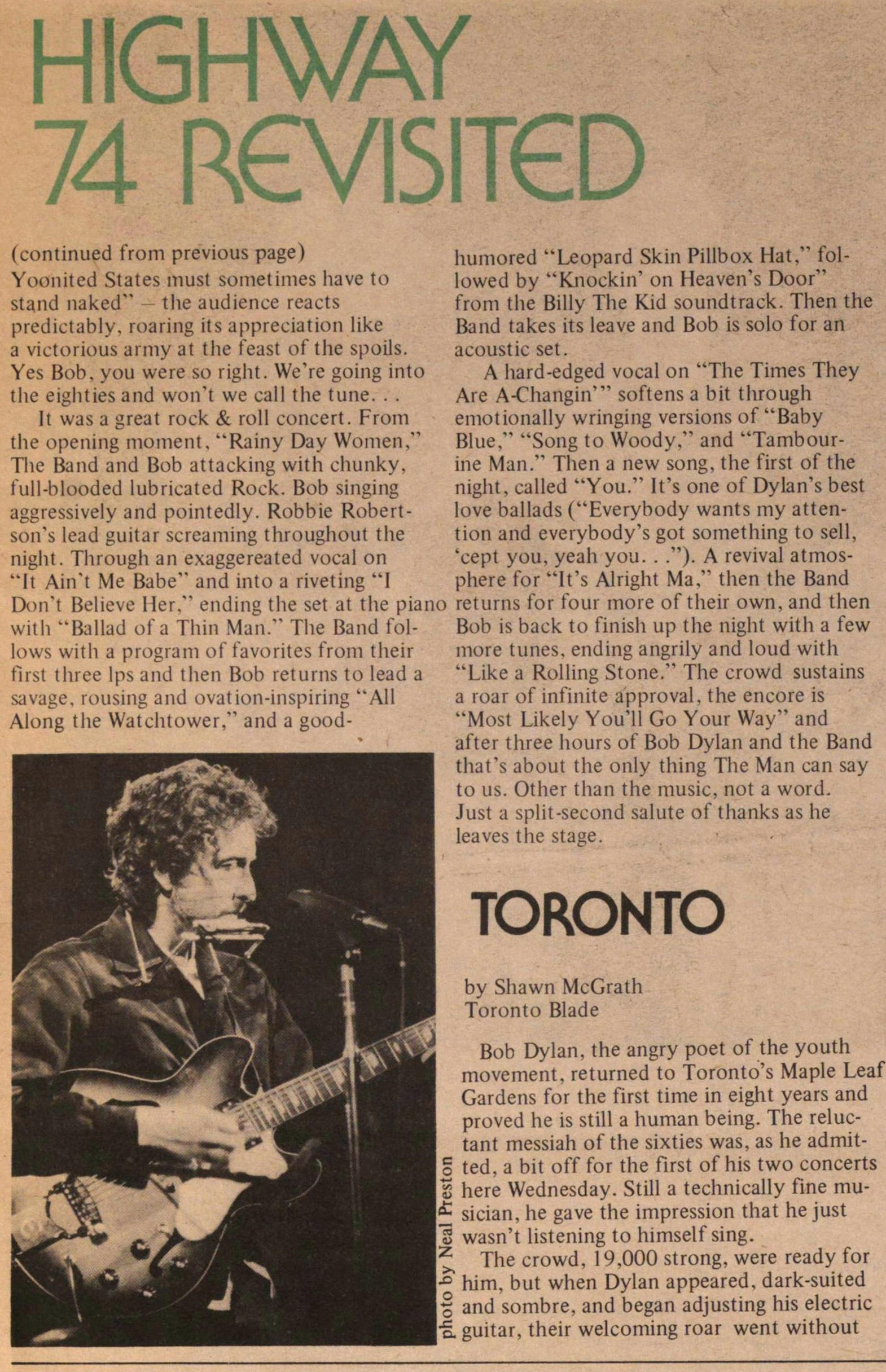 the Philadelphia Drummer A great rock & roll concert but caught up in one of those peculiar time-warps: Bob Dylan - poet to an electric generation and prophet to boot - makes his long-awaited return to the stage. Comes to Philadelphia on this Exorcism Eve of the American body politie; comes to climax the sixties a mere four years into the seventies, dressed in a dark rumpled suit and what looks like a Korvette polo, backed by the venerable Band. Comes to sing his songs in an angry (make no mistake) voice, looking his years and savoring the sweet taste of prophecy fulfilled. Here's the vindicated generation, aware of the 1MPEACH NIXON banner that hangs implacably, uncontroversially, from the upper level. And here's The Man, the visionary who told it like it was, whose every song exhibits a genuine hatred of hypocrisy and coupled with a painful and ironie awareness of its pervasiveness. Wlien he sings that line, the line - "even the President of the (continued on next page) HIGHWAY 74 PLVISITGD (continued from previous page) Yoönited States must sometimes have to stand naked" - the audience reacts predictably. roaring its appreciation like a victorious ai my at the feast of the spoils. Yes Bob, you were so riglit. We're going into the eightiesand won't we cali the tune. . . It was a great rock & roll concert. From the opening moment, "Rainy Day Women," The Band and Bob attacking with chunky. full-blooded lubricated Rock. Bob singing aggressively and pointedly. Robbie Robertson's lead guitar screaming throughout the niglit. Through an exaggereated vocal on "It Ain't Me Babe" and into a riveting "I Don't Believe lier." ending the set at the piano with "Bailad of a Thin Man." The Band follows with a program of f a vo rites from their first three lps and then Bob returns to lead a savage. rousing and ovation-inspiring "All Along the Watchtower," and a humored "Leopard Skin Pillbox Hat," followed by "Kiiockin' on Heaven's Door" from the Billy The Kid soundtrack. Then the Band takes its leave and Bob is solo for an aeoustic set. A hard-edged vocal on "The Times They Are A-Changin'" softens a bit through emotionally wringing versions of "Baby Blue." "Song to Woody," and "Tambourine Man." Then a new song, the first of the night, called "You." It's one of Dylan's best love ballads ("Everybody wants my attention and everybody's got something to sell, 'cept you, yeah you. . ."). A revival atmosphere for "It's Alright Ma," then the Band i returns for four more of their own, and then Bob is back to finish up the night with a few more tunes, ending angrily and loud with "Like a Rolling Stone." The crowd sustains a roai of infinite approval. the encoré is "Most Likely You'll Go Your Way" and aftet three hours of Bob Dylan and the Band that's about the only thing The Man can say to us. Other than the music, not a word. Just a split-second salute of thanks as he leaves the stage.