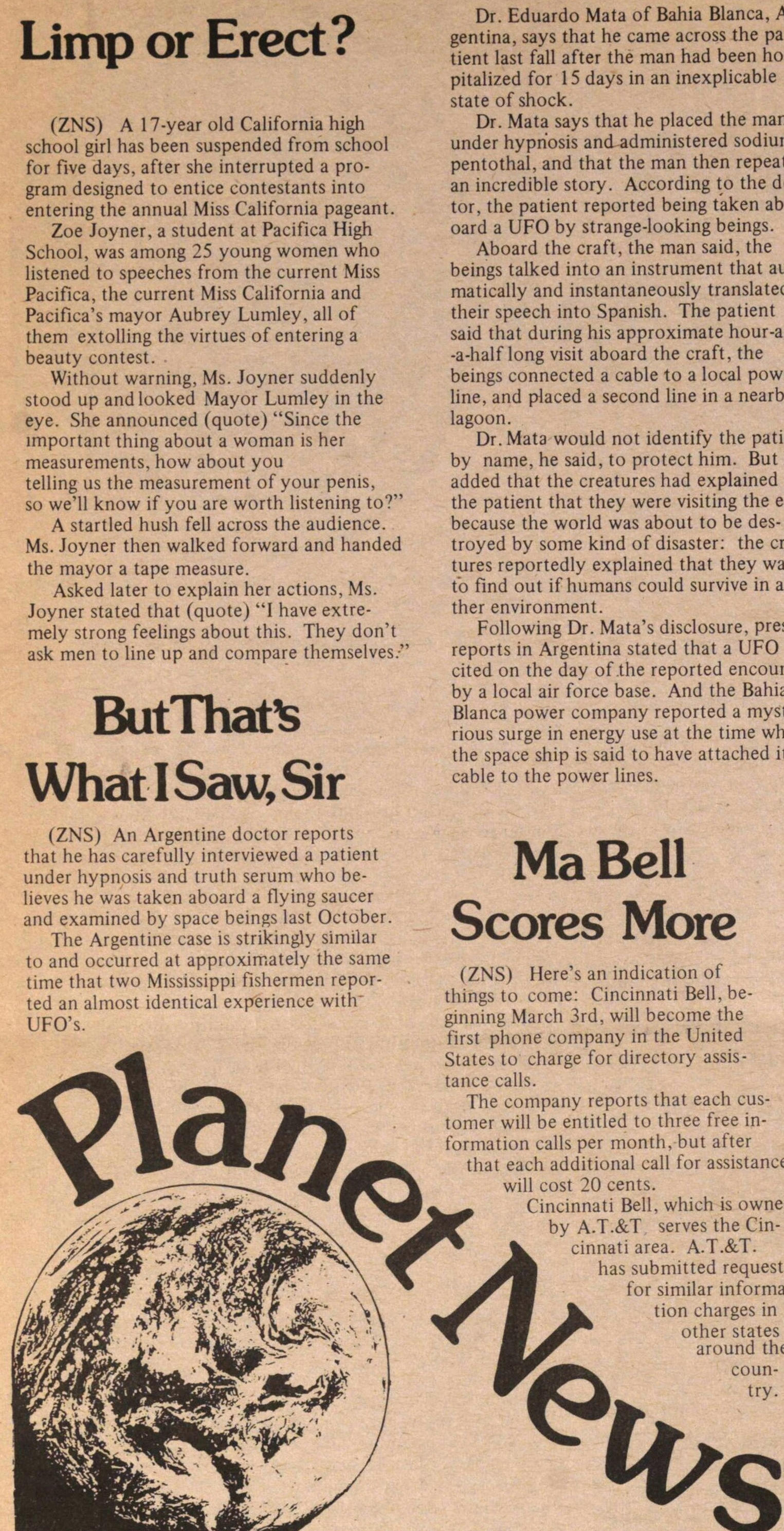 (ZNS) A 17-year oíd California high school girl has been suspended from school for five days, after she interrupted a program designed to entice contestants into entering the annual Miss California pageant. Zoé Joyner, a student at Pacifica High School, was among 25 young women who listened to speeches from the current Miss Pacifica, the current Miss California and Pacifica's mayor Aubrey Lumley, all of them extolling the virtues of entering a beauty contest. Without warning, Ms. Joyner suddenly stood up andlooked Mayor Lumley in the eye. She announced (quote) "Since the important thing about a woman is her measurements, how about you telling us the measurement of your penis, so we'll know if you are worth listening to?" A startled hush feil across the audience. Ms. Joyner then walked forward and handed the mayor a tape measure. Asked later to explain her actions, Ms. Joyner stated that (quote) "I have extremely strong feelings about this. They don't ask men to line up and compare themselves."