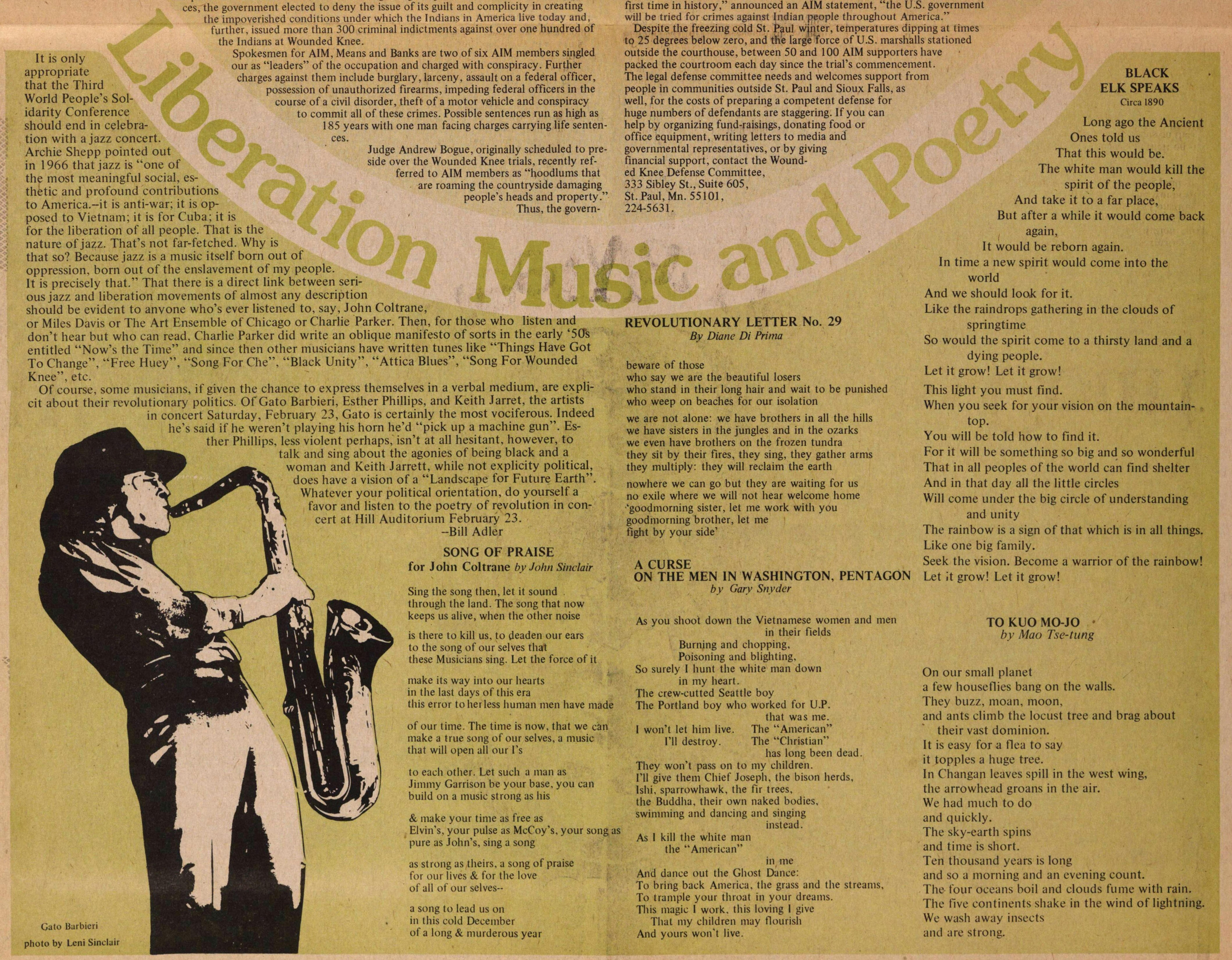 1 It is only appropriate that the Third World People's Solidaritv Conference JB should end in celebration with a jazz concert. Archie Shepp pointed out in 1966 that jazz is "one ( the most meaningful socit thetic and profound conti to America.-it is anti-war posed to Vietnam; it is foi for the liberation of all pc nature of jazz. That's not that so? Because jazz is a oppression, oom oui 01 uie ensiaveiiiem ui iiiy pcuic. It is precisely that." That there is a direct link between serious jazz and liberation movements of almost any description should be evident to anvone who's ever listened to, say, John Coltrane, or Miles Davis or The Art Ensemble of Chicago orCharhe Parker, lhen, lor trióse who listen and don't hear but who can read, Charlie Parker did write an oblique manifestó of sorts in the early '50s entitled "Now's the Time" and since then other musicians have written tunes like "Things Have Got To Change", "Free Huey", "Song For Che", "Black Unity", "Attica Blues", "Song For Wounded Knee", etc. Of course, some musicians, if given the chance to express themselves in a verbal medium, are explicit about their revolutionary politics. Of Gato Barbieri, Esther Phillips, and Keith Jarret, the artists in concert Saturday, February 23, Gato is certainly the most vociterous. inaeea he's said if he weren't playing his horn he'd "piek up a machine gun". ther Phillips, less violent perhaps, ïsn t at all hesitant, nowever, to talk and sing about the agonies of being black and a woman and Keith Jarrett, while not explicity political, does have a visión of a "Landscape for Future Earth". Whatever your political orientation, do yourself a favor and listen to the poetry of revolution in coni eert at Hill Auditorium Februarv 23.