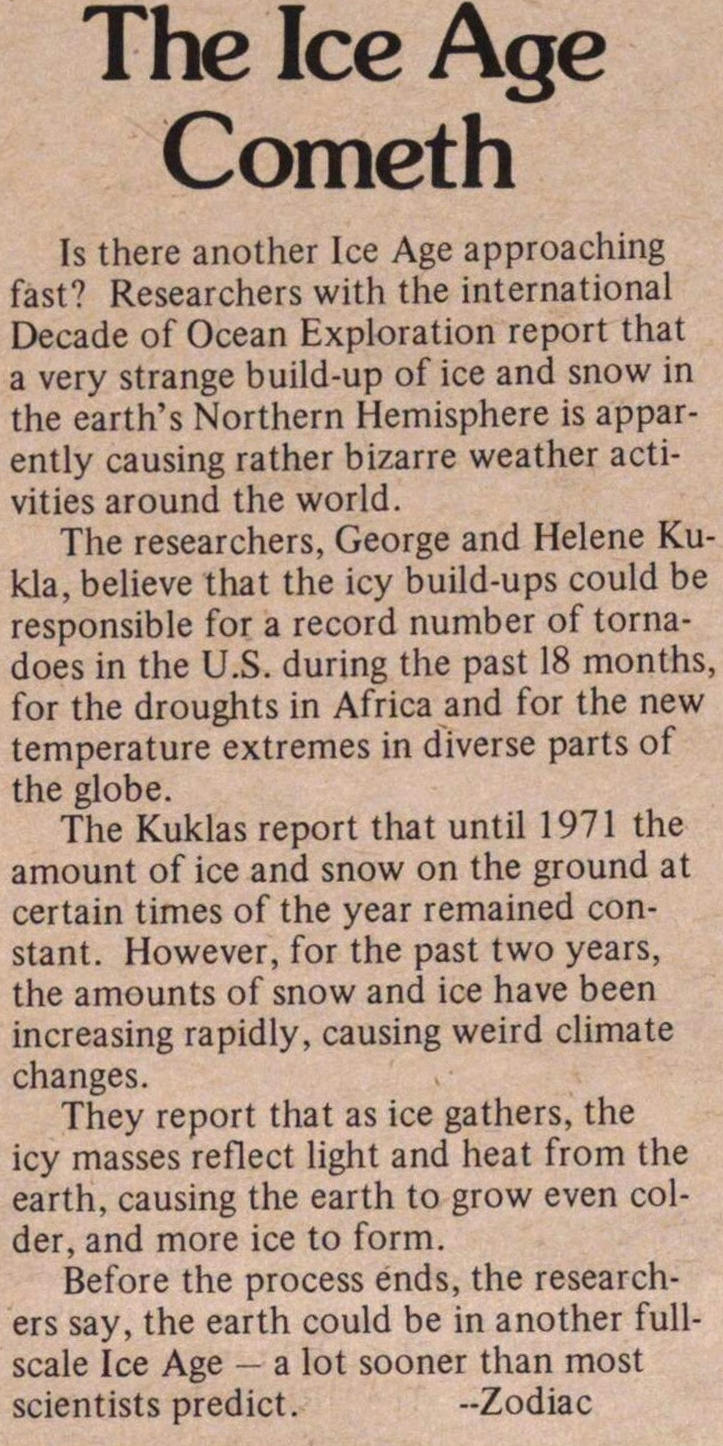 Is there another Ice Age approaching fast? Researchers with the international Decade of Ocean Exploration report that a very strange build-up of ice and snow in the earth's Northern Hemisphere is apparently causing rather bizarre weather activities around the world.

The researchers, George and Helene Kukla, believe that the icy build-ups could be responsible for a record number of tornadoes in the U.S. during the past 18 months, for the droughts in Africa and for the new temperature extremes in diverse parts of the globe.

The Kuklas report that until 1971 the amount of ice and snow on the ground at certain times of the year remained constant. However, for the past two years, the amounts of snow and ice have been increasing rapidly, causing weird climate changes.

They report that as ice gathers, the icy masses reflect light and heat from the earth, causing the earth to grow even colder, and more ice to form.

Before the process ends, the researchers say, the earth could be in another full-scale Ice Age -- a lot sooner than most scientists predict.