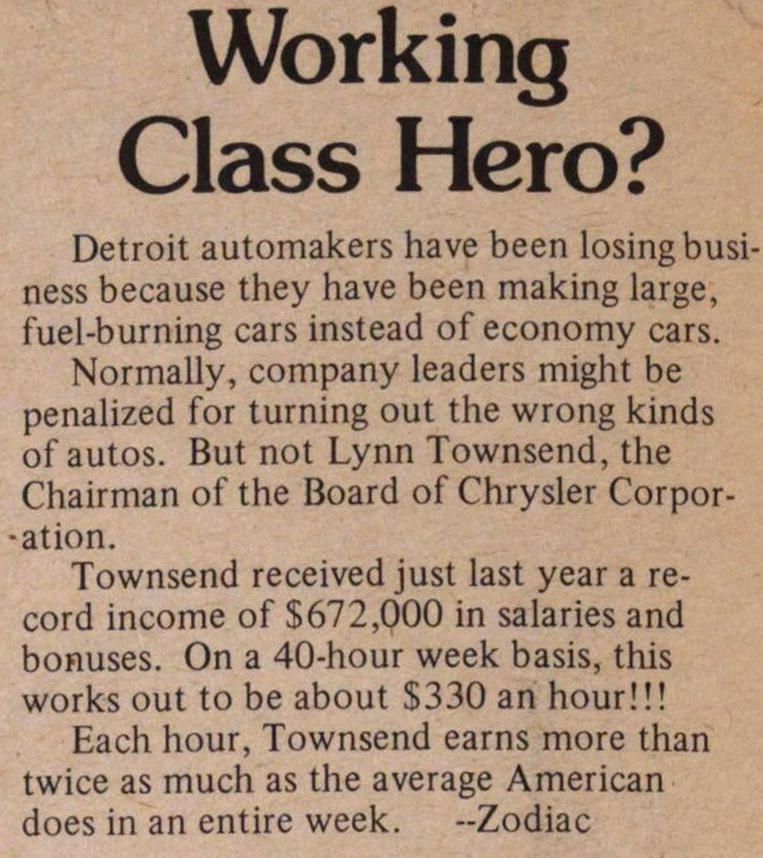 Detroit automakers have been losing business because they have been making large, fuel-burning cars instead of economy cars.

Normally, company leaders might be penalized for turning out the wrong kinds of autos. But not Lynn Townsend, the Chairman of the Board of Chrysler Corporation.

Townsend received just last year a record income of $672,000 in salaries and bonuses. On a 40-hour week basis, this works out to be about $330 an hour!

Each hour, Townsend earns more than twice as much as the average American does in an entire week.