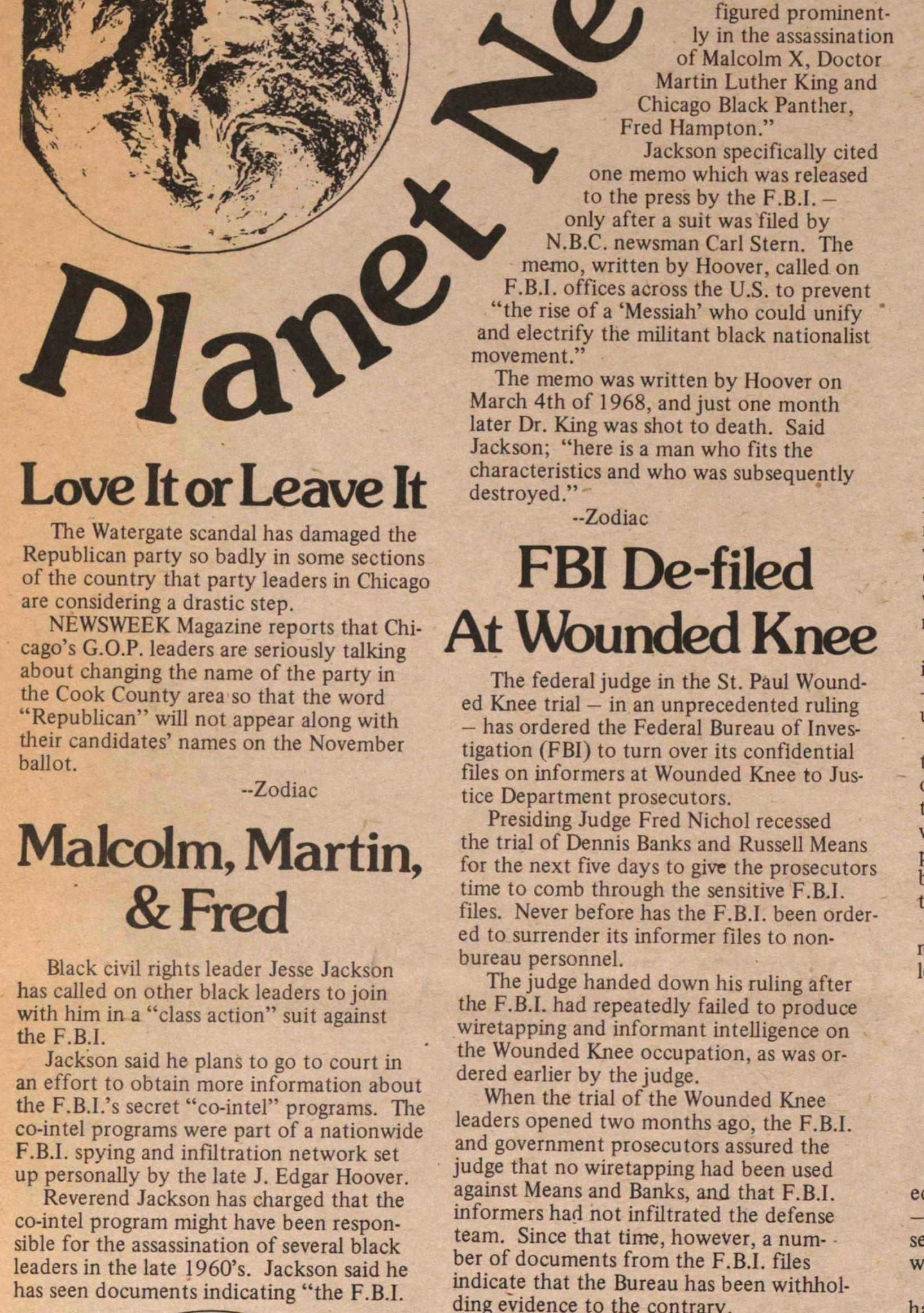 Black civil rights leader Jesse Jackson has called on other black leaders to join with him in a “class action” suit against the F.B.I.

Jackson said he plans to go to court in an effort to obtain more information about the F.B.I.’s secret “co-intel” programs. The co-intel programs were part of a nationwide F.B.I. spying and infiltration network set up personally by the late J. Edgar Hoover.

Reverend Jackson has charged that the co-intel program might have been responsible for the assassination of several black leaders in the late 1960’s. Jackson said he has seen documents indicating “the F.B.I. figured prominently in the assassination of Malcolm X, Doctor Martin Luther King and Chicago Black Panther, Fred Hampton.”

Jackson specifically cited ne memo which was released to the press by the F.B.I. – only after a suit was filed by N.B.C. newsman Carl Stern. The memo, written by Hoover, called on F.B.I. offices across the U.S. to prevent “the rise of a ‘Messiah’ who could unify and electrify the militant black nationalist movement.”

The memo was written by Hoover on March 4th of 1968, and just one month later Dr. King was shot to death. Said Jackson; “here is a man who fits the characteristics and who was subsequently destroyed.”