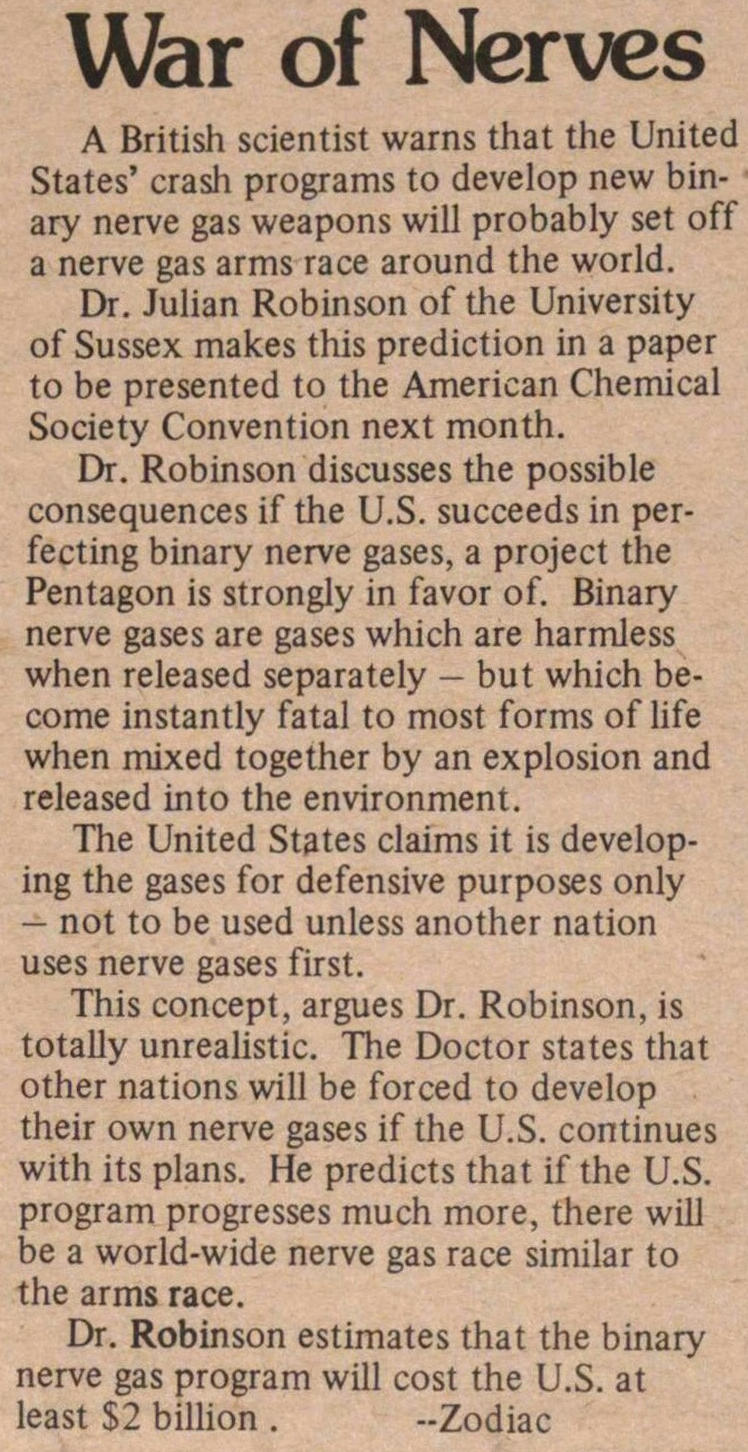 A British scientist warns that the United States’ crash programs to develop new binary nerve gas weapons will probably set off a nerve gas arms race around the world.

Dr. Julian Robinson of the University of Sussex makes this prediction in a paper to be presented to the American Chemical Society Convention next month.

Dr. Robinson discusses the possible consequences if the U.S. succeeds in perfecting binary nerve gases, a project the Pentagon is strongly in favor of. Binary nerve gases are gases which are harmless when released separately – but which become instantly fatal to most forms of life when mixed together by an explosion and released into the environment.

The United States claims it is developing the gases for defensive purposes only – not to be used unless another nation uses nerve gases first.

This concept, argues Dr. Robinson, is totally unrealistic. The Doctor states that other nations will be forced to develop their own nerve gases if the U.S. continues with its plans. He predicts that if the U.S. program progresses much more, there will be a world-wide nerve gas race similar to the arms race.

Dr. Robinson estimates that the binary nerve gas program will cost the U.S. at least $2 billion.