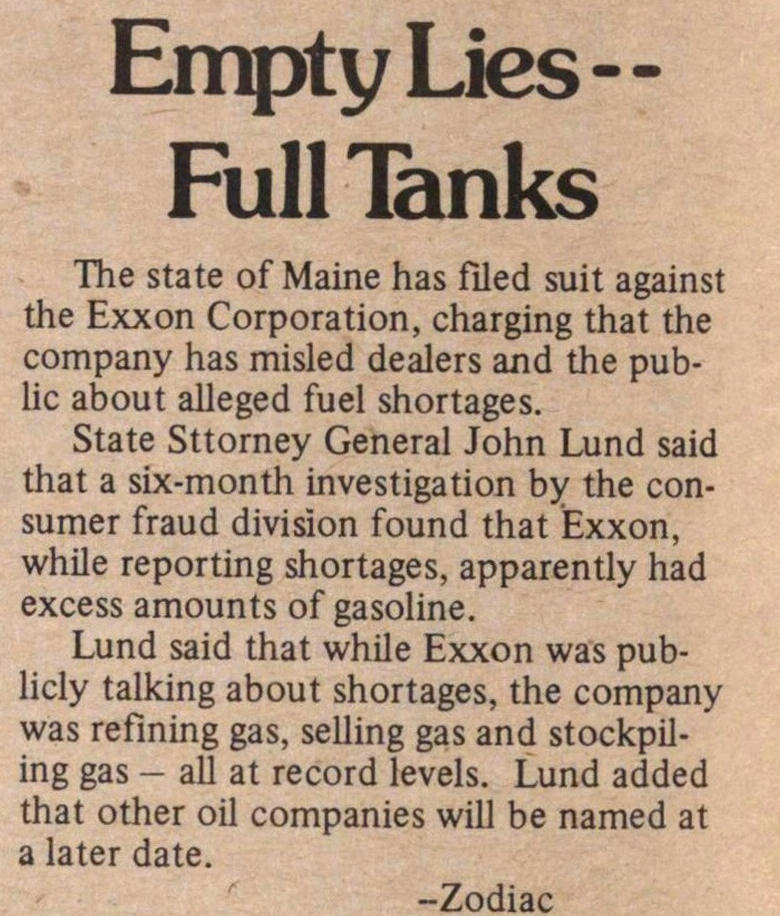 The state of Maine has filed suit against the Exxon Corporation, charging that the company has misled dealers and the public about alleged fuel shortages.

State Attorney General John Lund said that a six-month investigation by the consumer fraud division found that Exxon, while reporting shortages, apparently had excess amounts of gasoline. Lund said that while Exxon was publicly talking about shortages, the company was refïning gas, selling gas, and stockpiling gas - all at record levels. Lund added that other oil companies will be named at a later date.