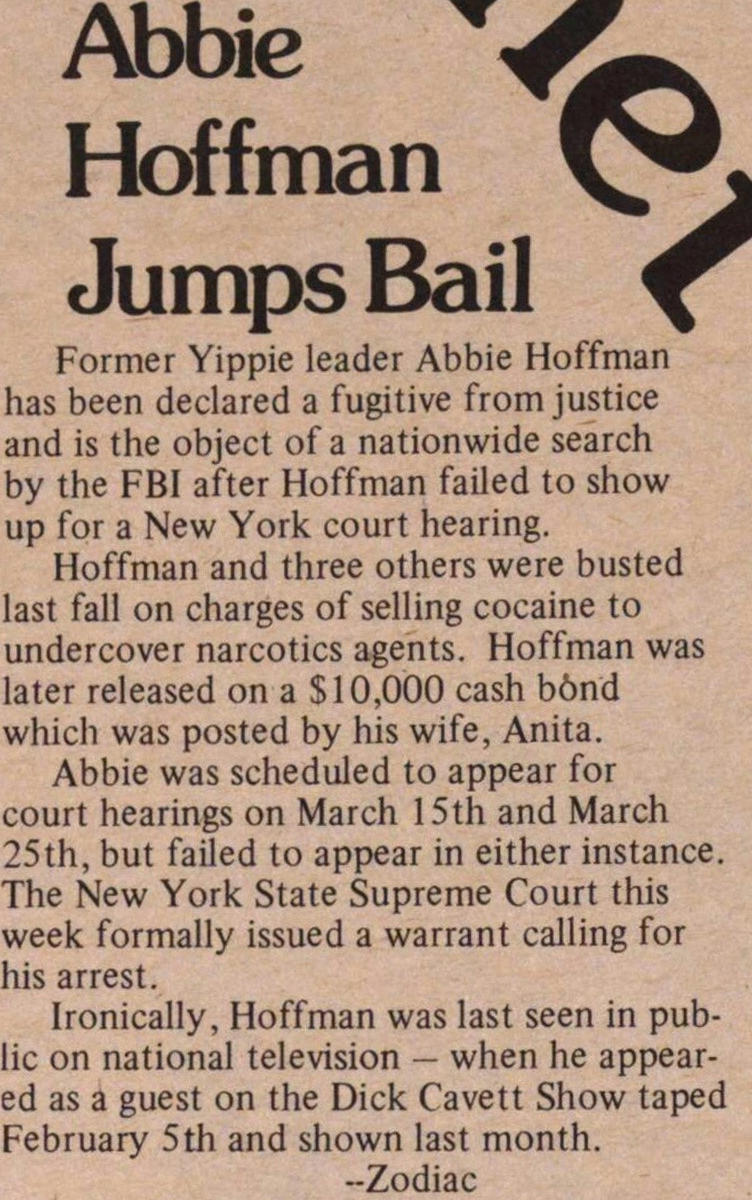 Former Yippie leader Abbie Hoffman has been declared a fugitive from justice and is the object of a nationwide search by the FBI after Hoffman failed to show up for a New York court hearing.