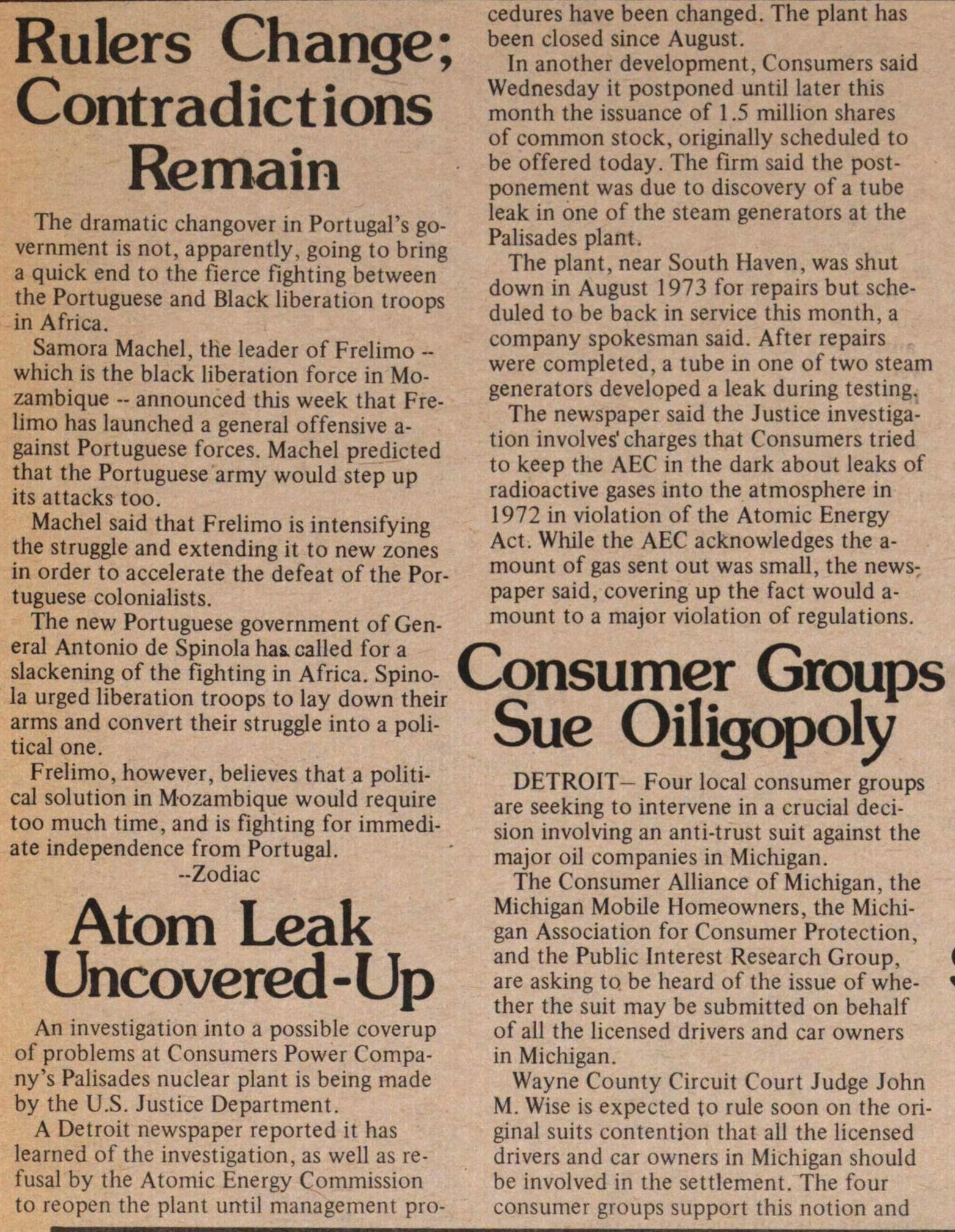 Atom Leak Uncovered-Up
An investigation into a possible coverup of problems at Consumers Power Company's Palisades nuclear plant is being made by the U.S. Justice Department.
A Detroit newspaper reported it has learned of the investigation, as well as refusal by the Atomic Energy Commission to reopen the plant until management procedures have been changed. The plant has been closed since August.
In another development, Consumers said Wednesday it postponed until later this month the issuance of 1.5 million shares of common stock, originally scheduled to be offered today. The firm said the postponement was due to discovery of a tube leak in one of the steam generators at the Palisades plant.
The plant, near South Haven, was shut down in August 1973 for repairs but scheduled to be back in service this month, a company spokesman said. After repairs were completed, a tube in one of two steam generators developed a leak during testing.
The newspaper said the Justice investigation involves charges that Consumers tried to keep the AEC in the dark about leaks of radioactive gases into the atmosphere in 1972 in violation of the Atomic Energy Act. While the AEC acknowledges the amount of gas sent out was small, the newspaper said, covering up the fact would amount to a major violation of regulations.