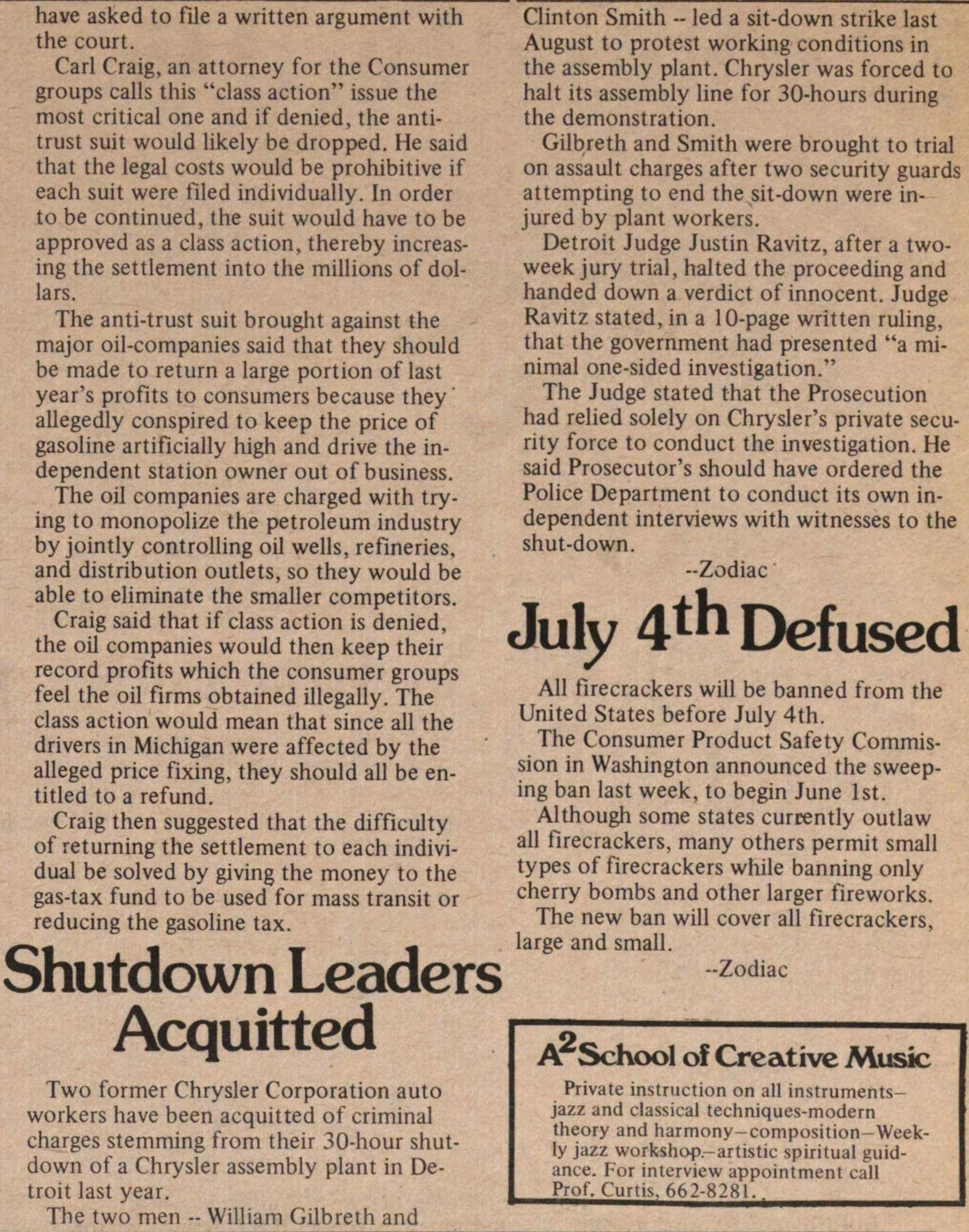 Shutdown Leaders Acquitted
Two former Chrysler Corporation auto workers have been acquitted of criminal charges stemming from their 30-hour shutdown of a Chrysler assembly plant in Detroit last year.
The two men -- William Gilbreth and Clinton Smith - led a sit-down strike last August to protest working conditions in the assembly plant. Chrysler was forced to halt its assembly line for 30-hours during the demonstration.
Gilbreth and Smith were brought to trial on assault charges after two security guards attempting to end the sit-down were injured by plant workers.
Detroit Judge Justin Ravitz, after a two-week jury trial, halted the proceeding and handed down a verdict of innocent. Judge Ravitz stated, in a 10-page written ruling, that the government had presented "a minimal one-sided investigation."
The Judge stated that the Prosecution had relied solely on Chrysler's private security force to conduct the investigation. He said Prosecutor's should have ordered the Police Department to conduct its own independent interviews with witnesses to the shut-down.
--Zodiac