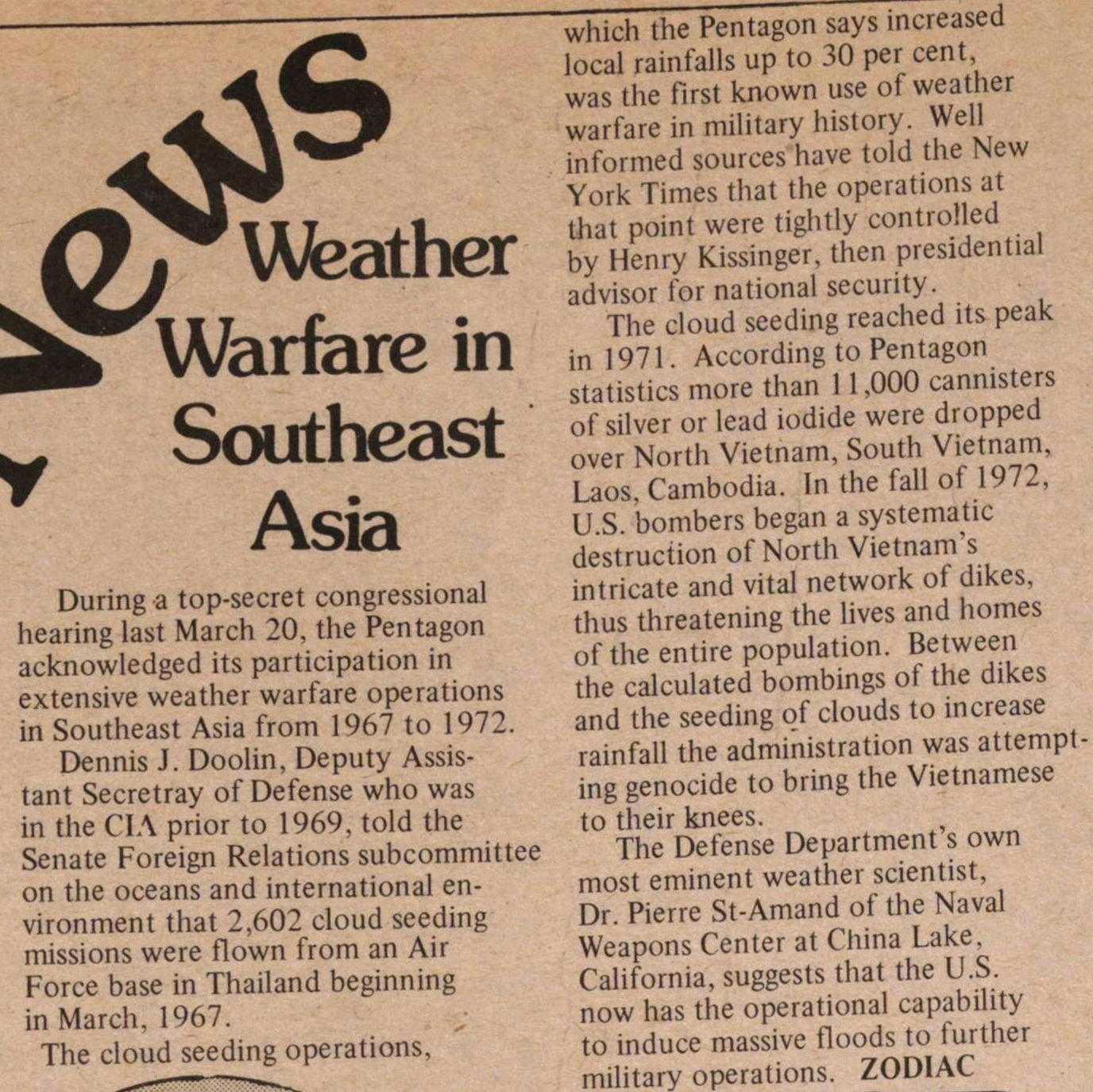 During a top-secret congressional hearing last March 20. the Pentagon acknowledged its participation in extensive weather warfare operations in Southeast Asia from 1967 to 1972. Dennis J. Doolin, Deputy Assistant Secretray of Defense who was in the CIA prior to 1969, told the Senate Foreign Relations subcommittee on the oceans and international environment that 2,602 cloud seeding missions were flown from an Air Force base in Thailand beginning in March. 1967. The cloud seeding operations, which the Pentagon says increased local rainfalls up to 30 per cent was the first known use of weather warfare in military history. Well informed sources have told the New York Times that the operations at that point were tightly controlled by Henry Kissinger, then presidential advisor for national security. The cloud seeding reached lts peak in 1 97 1 . According to Pentagon statistics more than 1 1 ,000 cannisters of silver or lead iodide were dropped over North Vietnam, South Vietnam, Laos. Cambodia. In the fall of 1972, U S bombers began a systematic destruction of North Vietnam s intricate and vital network of dikes, thus threatening the Uves and homes of the entire population. Between the calculated bombings of the dikes and the seeding qf clouds to increase rainfall the administration was attempting genocide to bring the Vietnamese to their knees. The Defense Department s own most eminent weather scientist, Dr. Pierre St-Amand of the Naval Weapons Center at China Lake. California, suggests that the U.S. now has the operational capabihty to induce massive floods to further military operations.