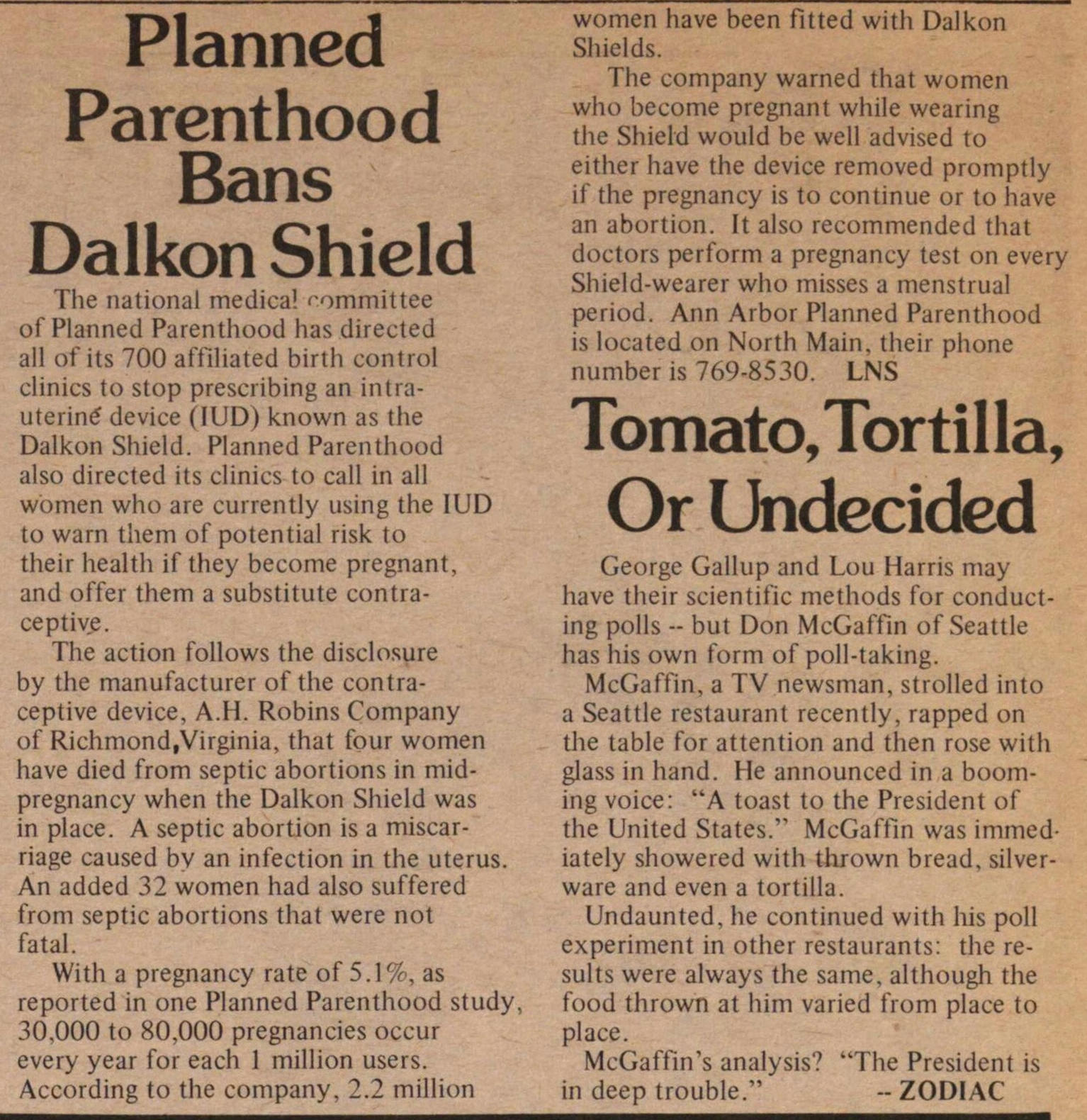 lhe national medica! ''Hnmittee of Planned Parenthood has directed all of its 700 affiliated birth control clinics to stop prescribing an intrauteriné device ( IUD) known as the Dalkon Shield. Planned Parenthood also directed its clinics to cali in all women who are currently using the IUD to wam tliem of potential risk to their health if they become pregnant, and offer them a substitute contraceptive. The action follows the disclosure by the manufacturer of the contraceptive device, A.H. Robins Company of Richmond.Virginia, that four women have died from septic abortions in midpregnancy when the Dalkon Shield was in place. A septic abortion is a miscarriage caused bv an infection in the uterus. An added 32 women had also suffered from septic abortions that were not fatal. With a pregnancy ra te of 5.1%, as reported in one Planned Parenthood study, 30,000 to 80,000 pregnancies occur every year for each 1 million users. According to the company, 2.2 million women have been fitted with Dalkun Shields. The company warned that women wlio become pregnant while wearing the Shield would be well advised to either have the device removed promptly it' the pregnancy is to continue or to have an a bordón. It also recommended that doctors perform a pregnancy test on every Shield-wearer who misses a menstrual period. Ann Arbor Planned Parenthood is located on North Main, their phone number is 769-8530.