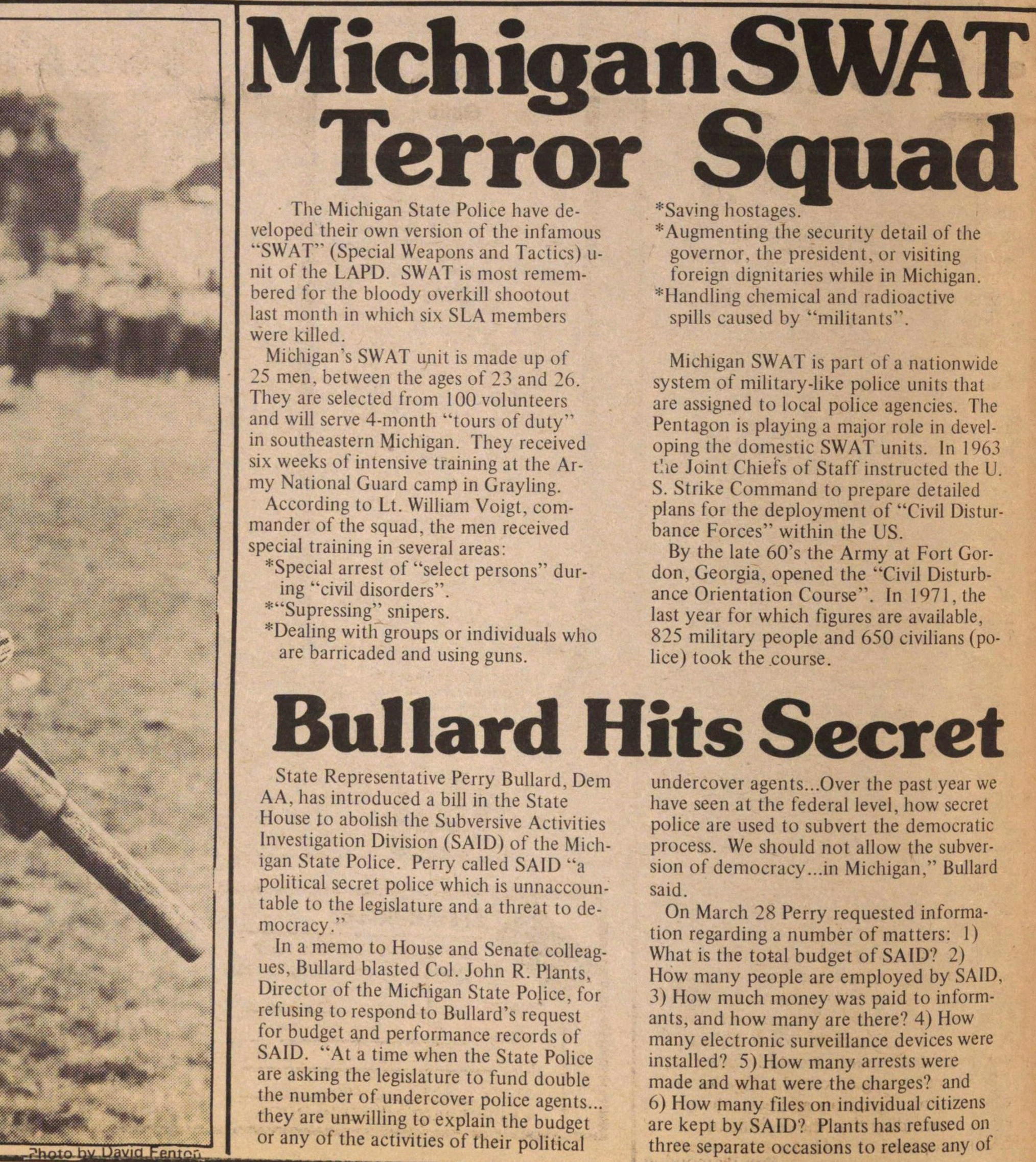 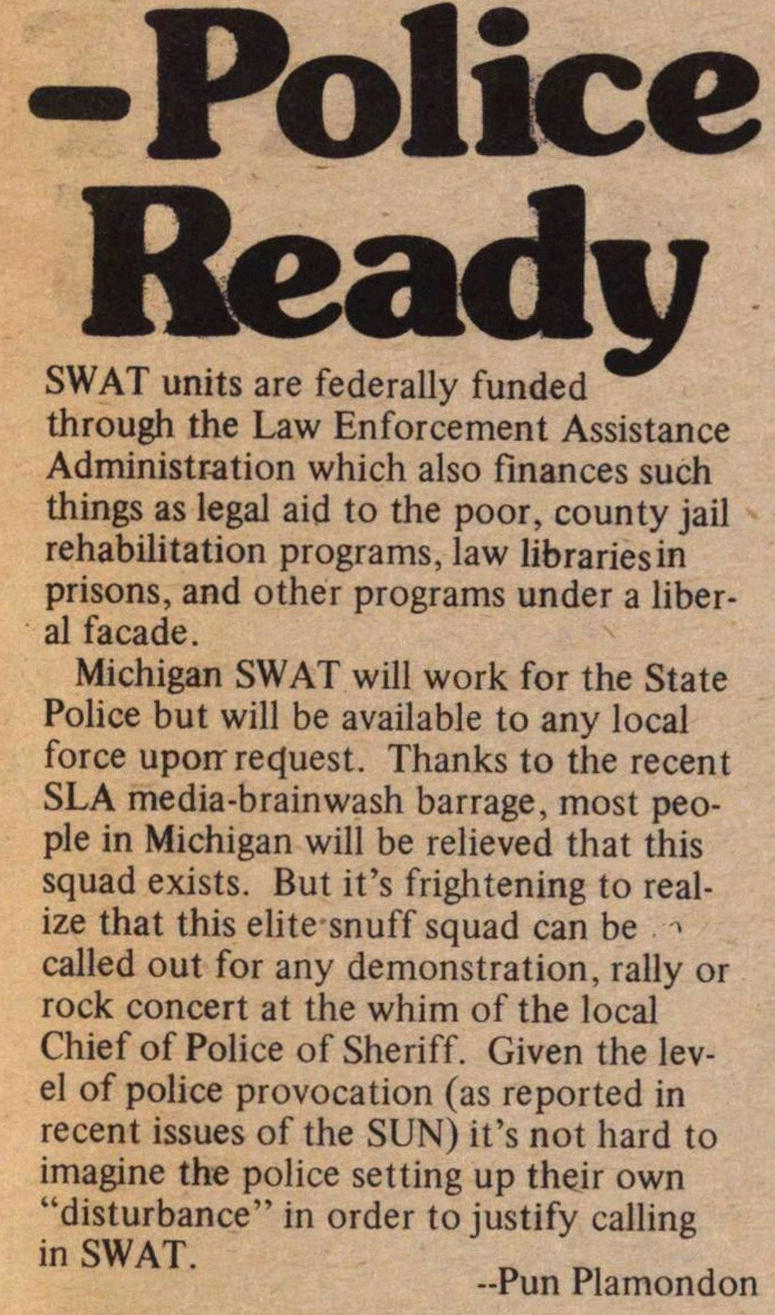 The Michigan State Police have developed their own version of the infamous “SWAT” (Special Weapons and Tactics) unit of the LAPD. SWAT is most remembered for the bloody overkill shootout last month in which six SLA members were killed.

Michigan’s SWAT unit is made up of 25 men, between the ages of 23 and 26. They are selected from 100 volunteers and will serve 4-month “tours of duty” in southeastern Michigan. They received six weeks of intensive training at the Army National Guard camp in Grayling.

According to Lt. William Voigt, commander of the squad, the men received special training in several areas:

*Special arrest of “select persons” during “civil disorders”
*“Supressing” snipers.
*Dealing with groups or individuals who are barricaded and using guns.
*Saving hostages.
*Augmenting the security detail of the governor, the president, or visiting foreign dignitairies while in Michigan.
*Handling chemical and radioactive spills caused by “militants”.

Michigan SWAT is part of a nationwide system of military-like police units that are assigned to local police agencies. The Pentagon is playing a major role in developing the domestic SWAT units. In 1963 the Joint Chiefs of Staff instructed the U.S. Strike Command to prepare detailed plans for the deployment of “Civil Disturbance Forces” within the US.

By the late 60’s the Army at Fort Gordon, Georgia, opened the “Civil Disturbance Orientation Course”. In 1971, the last year for which figures are available, 825 military people and 650 civilians (police) took the course.

SWAT units are federally funded through the Law Enforcement Assistance Administration which also finances such things as legal aid to the poor, county jail rehabilitation programs, law libraries in prisons, and other programs under a liberal facade.

Michigan SWAT will work for the State Police but will be available to any local force upon request. Thanks to the recent SLA media-brainwash barrage, most people in Michigan will be relieved that this squad exists. But it’s frightening to realize that this elite snuff squad can be called out for any demonstration, rally or rock concert at the whim of the local Chief of Police of Sheriff. Given the level of police provocation (as reported in recent issues of the SUN) it’s not hard to imagine the police setting up their own “disturbance” in order to justify calling in SWAT.