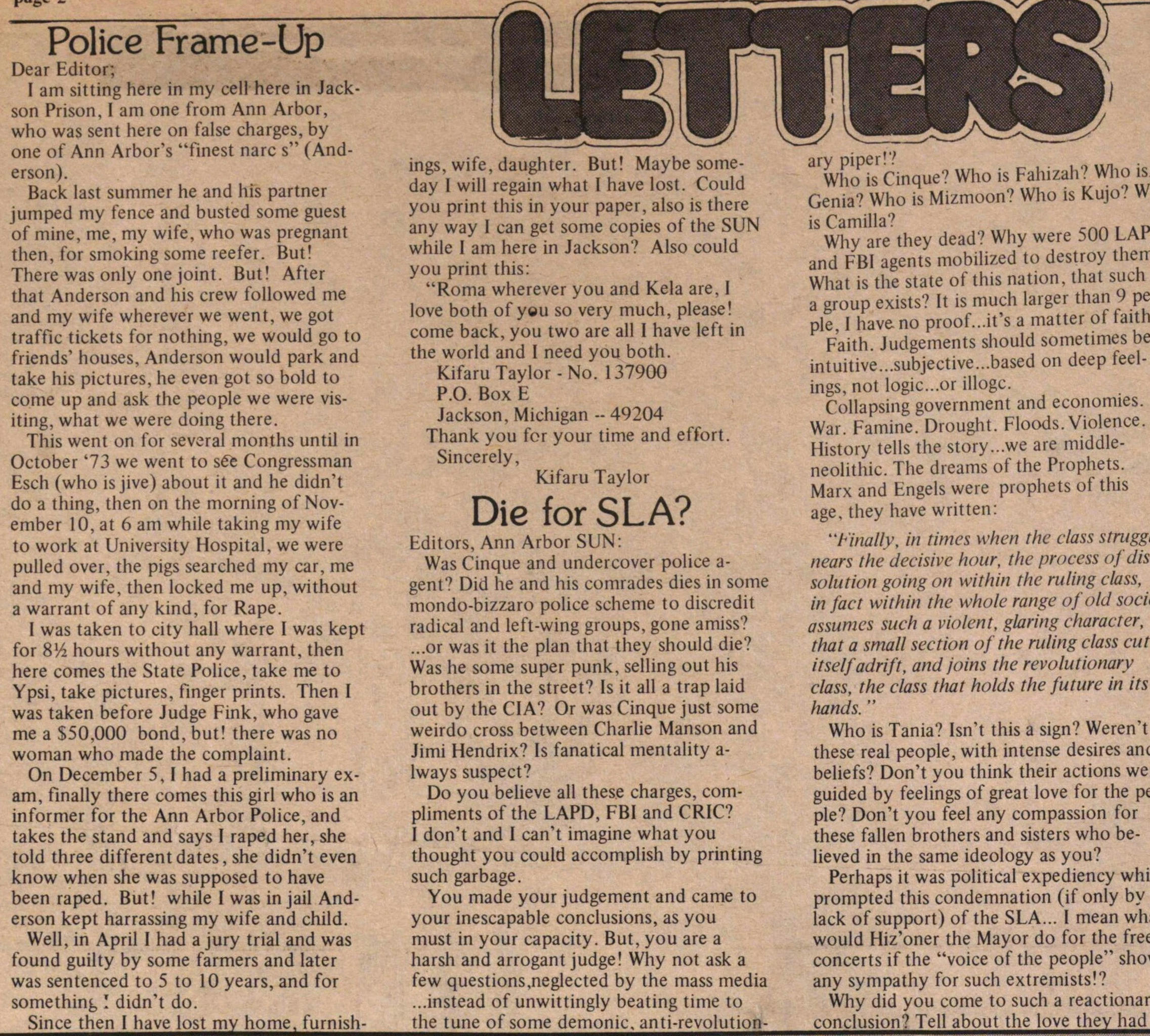 I am sitting here in my cell here in Jackson Prison, I am one from Ann Arbor, who was sent here on false charges by one of Ann Arbor's "finest narcs" (Anderson).

Back last summer he and his partner jumped my fence and busted some guest of mine, me, my wife, who was pregnant then, for smoking some reefer. But! There was only one joint. But! After that Anderson and his crew followed me and my wife wherever we went, we got traffic tickets for nothing, we would go to friend's houses, Anderson would park and take his pictures, he even got so bold to come up and ask the people we were visiting, what we were doing there.

This went on for several months until in October '73 we went to see Congressman Esch (who is jive) about it and he didn't do a thing, then on the morning of November 10, at 6 am while taking my wife to work at University Hospital, we were pulled over, the pigs searched my car, me and my wife, then locked me up, without a warrant of any kind, for Rape.

I was taken to city hall where I was kept for 8 1/2 hours without any warrant, then here comes the State Police, take me to Ypsi, take pictures, finger prints. Then I was taken before Judge Fink, who gave me a $50,000 bond, but! there was no woman who made the complaint.

On December 5, I had a preliminary exam, finally there comes this girl who is an informer for the Ann Arbor Police, and takes the stand and says I raped her, she told three different dates, she didn't even know when she was supposed to have been raped. But! while I was in jail Anderson kept harassing my wife and child.

Well, in April I had a jury trial and was found guilty by some farmers and later was sentenced to 5 to 10 years, and for something I didn't do.

"Roma wherever you and Kela are, I love both of you so very much, please! come back, you two are all I have left in the world and I need you both.

Thank you for your time and effort.