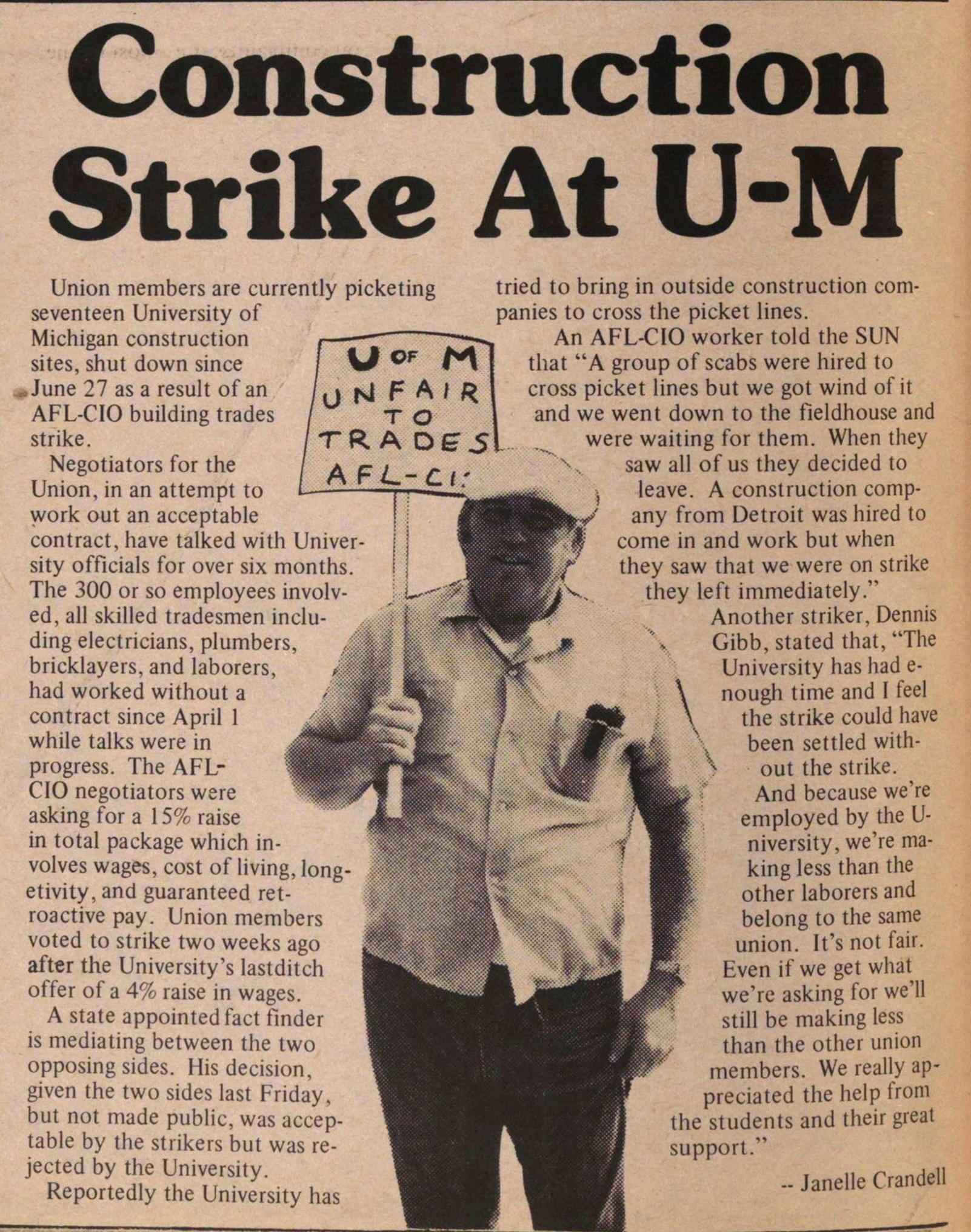 Union members are currently picketing seventeen University of Michigan construction sites, shut down since .June 27 as a result of an AFL-CIO building trades strike. Negotiators for the Union, in an attempt to work out an acceptable contract, have talked with University officials for over six months. The 300 or so employees involved, all skilied tradesmen ding electricians, plumbers, bricklayers, and laborers, had worked without a contract since April 1 while talks were in progress. The AFLCIO negotiators were asking for a 1 5% raise in total package which volves wages, cost of living, longetivity, and guaranteed retroactive pay. Union members voted to strike two weeks ago after the University's lastditch offer of a 4% raise in wages. A state appointedfact finder is mediating between the two opposing sides. His decisión, given the two sides last Friday, but not made public, was acceptable by the strikers but was rejected by the University. Reportedly the University has tried to bring in outside construction companies to cross the picket lines. An AFL-CIO worker told the SUN that " A group of scabs were hired to cross picket lines but we got wind of it and we went down to the fieldhouse and were waiting for them. When they saw all of us they decided to leave. A construction company from Detroit was hired to come in and work but when they saw that we were on strike they left immediately." Another striker, Dennis Gibb,stated thatThe University has liad enough time and I feel the strike could have been settled without the strike. And because we're employed by the University, we're making less than the other laborers and belong to the same unión. It's not fair. Even if we get whál we're asking for we'll still be making less than the other union ■ III . _11( AM members. We reaiiy appreciated the help from the students and their great support."