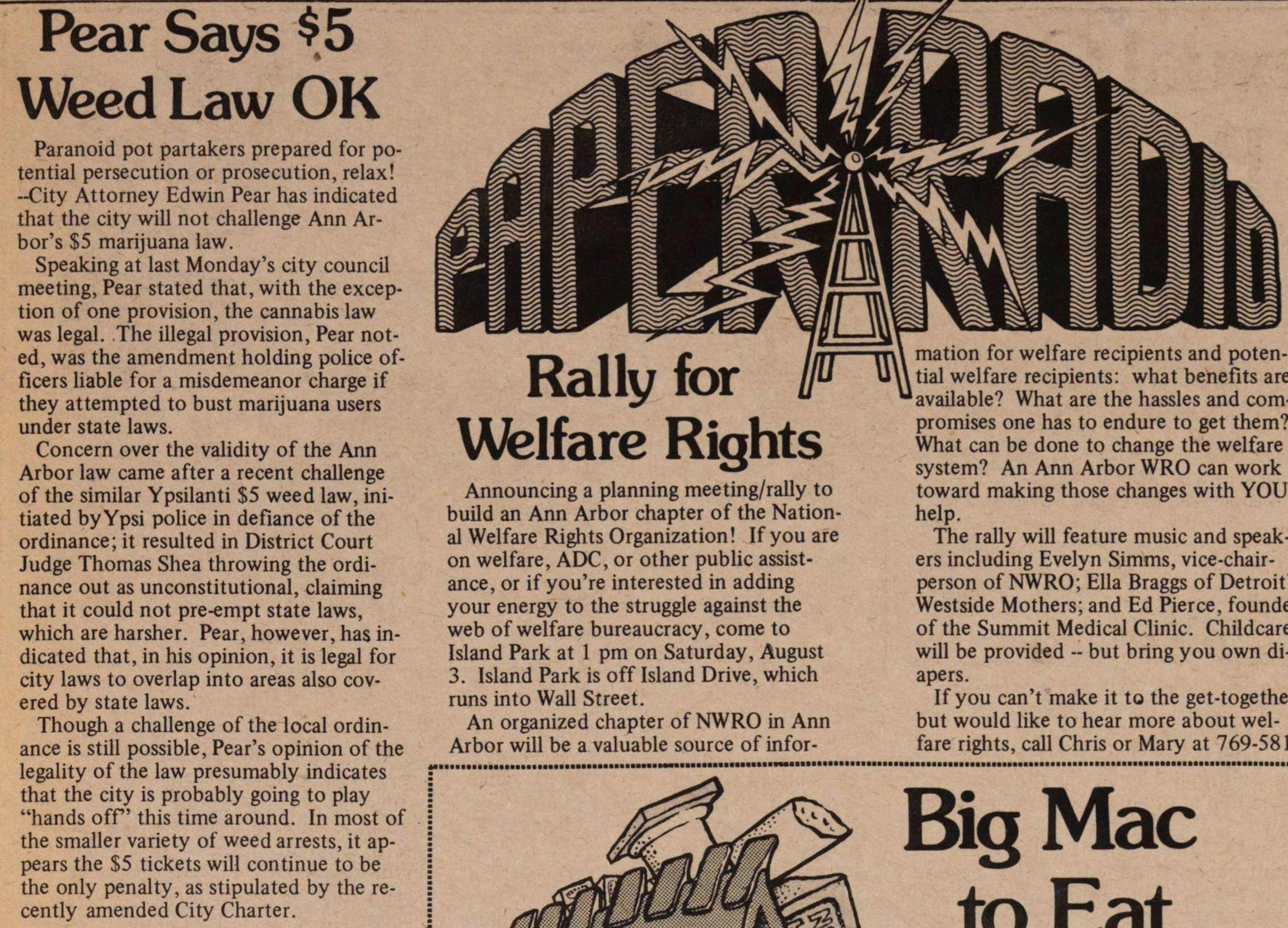 Speaking at last Monday's city council meeting, Pear stated that, with the exception of one provision, the cannabis law was legal. The illegal provision, Pear noted, was the amendment holding police officers liable for a misdemeanor charge if they attempted to bust marijuana users under state laws.

Concern over the validity of the Ann Arbor law came after a recent challenge of the similar Ypsilanti $5 weed law, initiated by Ypsi police in defiance of the ordinance; it resulted in District Court Judge Thomas Shea throwing the ordinance out as unconstitutional, claiming that it could not pre-empt state laws, which are harsher. Pear, however, has indicated that, in his opinion, it is legal for city laws to overlap into areas also covered by state laws.

Though a challenge of the local ordinance is still possible, Pear's opinion of the legality of the law presumably indicates that the city is probably going to play "hands off' this time around. In most of the smaller variety of weed arrests, it appears the $5 tickets will continue to be the only penalty, as stipulated by the recently amended City Charter.

Announcing a planning meeting/rally to build an Ann Arbor chapter of the National Welfare Rights Organization! If you are on welfare, ADC, or other public assistance, or if you are interested in adding your energy to the struggle against the web of welfare bureaucracy, come to Island Park at 1 pm on Saturday, August 3. Island Park is off Island Drive, which runs into Wall Street.

An organized chapter of NWRO in Ann Arbor will be a valuable source of information for welfare recipients and potential welfare recipients: what benefits are available? What are the hassles and compromises one has to endure to get them? What can be done to change the welfare systems? An Ann Arbor WRO can work toward making those changes with YOUR help.

The rally will feature music and speakers including Evelyn Simms, vice-chairperson of NWRO; Ella Braggs of Detroit Westside Mothers; and Ed Pierce, founder of the Summit Medical Clinic. Childcare will be provided-but you bring your own diapers.

If you can't make it to the get-together but would like to hear more about welfare rights, call Chris or Mary at 769-581?