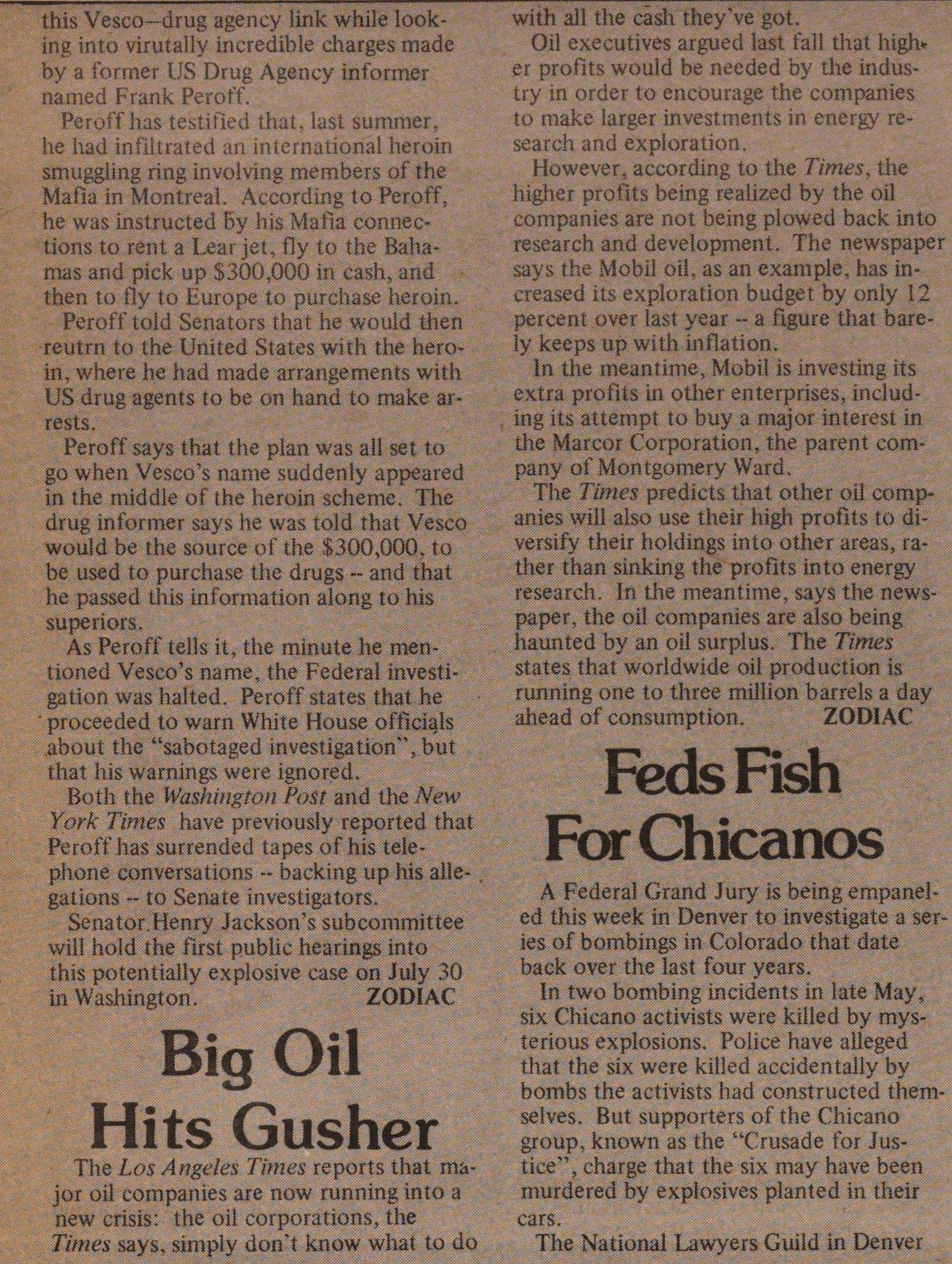 The Los Angeles Times reports that major oil companies are now running into a new crisis: the oil corporations, the Times says, simply don't know what to do with all the cash they've got.

Oil executives argued last fall that higher profits would be needed by the industry in order to encourage the companies to make larger investments in energy research and exploration.

However, according to the Times, the higher profits being realized by the oil companies are not being plowed back into research and development. The newspaper says the Mobil oil, as an example, has increased its exploration budget by only 12 percent over last year - a figure that barely keeps up with inflation.

In the meantime, Mobil is investing its extra profits in other enterprises, including its attempt to buy a major interest in the Marcor Corporation, the parent company of Montgomery Ward.

The Times predicts that other oil companies will also use their high profits to diversify their holdings into other areas, rather than sinking the profits into energy research. In the meantime, says the newspaper, the oil companies are also being haunted by an oil surplus. The Times states that worldwide oil production is running one to three million barrels a day ahead of consumption.