Nixon's Resignation: Does The System 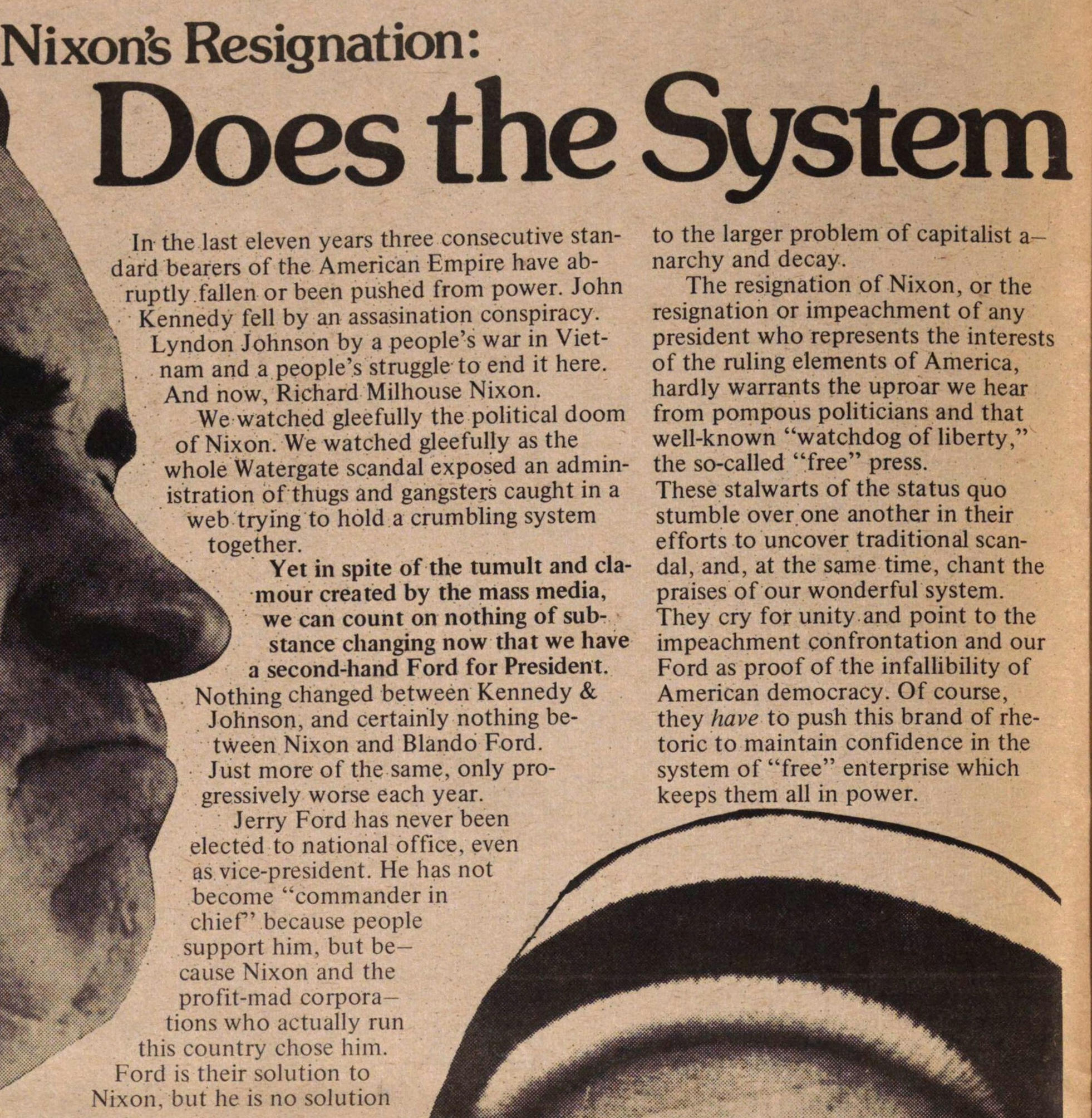 In the last eleven years three consecutive standard bearers of the American Empire have abruptly fallen or been pushed from power. John s, Kennedy feil by an assasination conspiracy. Lyndon Johnson by a peopie s war in vieinam and a people's struggle to end it here. And now, Richard Milhouse Nixon. We watched gleefully the political doom of Nixon. We watched gleefully as the whole Watergate scandal exposed an administration of thugs and gangsters caught in a web trying to hold a crumbling system together. Yet in spite of the tumult and clak. mour created by the mass media. we can count on nothing 01 substance changing now that we have a second-hand Ford for President. Nothing changed between Kennedy & Johnson, and certainly nothing between Nixon and Blando Ford. Just more oí tne same, oniy progressively worse each year. Jerry Ford has never been elected to national office, even as vice-president. He has not become "commander in chief' because people support him, but because Nixon and the profit-mad tions who actually run this country chose him. Ford is their solution to Nixon, but he is no solution to the larger problem of capitalist anarchy and decay. The resignation of Nixon, or the resignation or impeachment of any president who represents the interests of the ruling elements of America, hardly warrants the uproar we hear from pompous politicians and that well-known "watchdog of liberty," the so-called "free" press. These stalwarts of the status quo stumble over one another in their efforts to uncover traditional scandal, and, at the same time, chant the praises of our wonderful system. They cry for unity and point to the impeachment confrontation and our Ford as proof of the infallibility of American democracy. Of course, they have to push this brand of rhetoric to maintain confidence in the system of "free" enterprise which keeps them all in power.