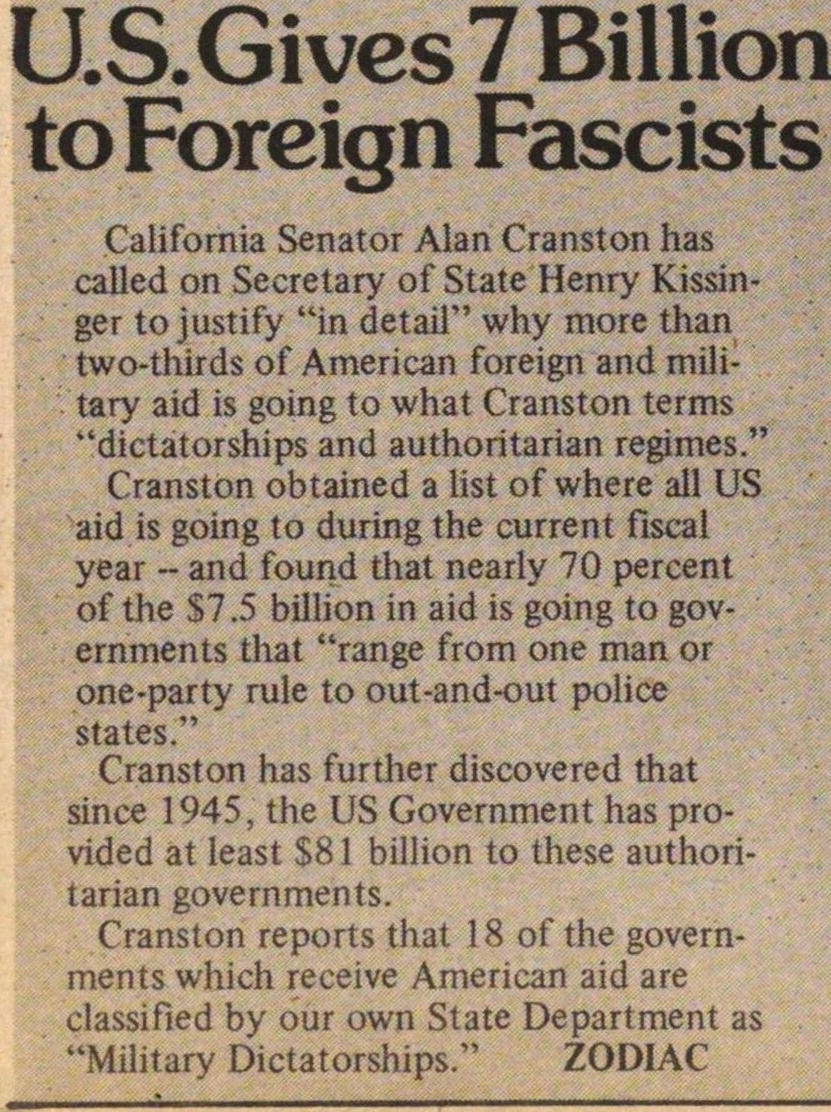 California Senator Alan Cranston has called on Secretary of State Henry Kissinger to justify "in detail" why more than two-thirds of American foreign and military aid is going to what Cranston terms "dictatorships and authoritarian regimes."
Cranston obtained a list of where all US aid is going to during the current fiscal year - and found that nearly 70 percent of the $7.5 billion in aid is going to governments that "range from one man or one-party rule to out-and-out police states."
Cranston has further discovered that since 1945, the US Government has provided at least $81 billion to these authoritarian governments.
Cranston reports that 18 of the governments which receive American aid are classified by our own State Department as "Military Dictatorships."