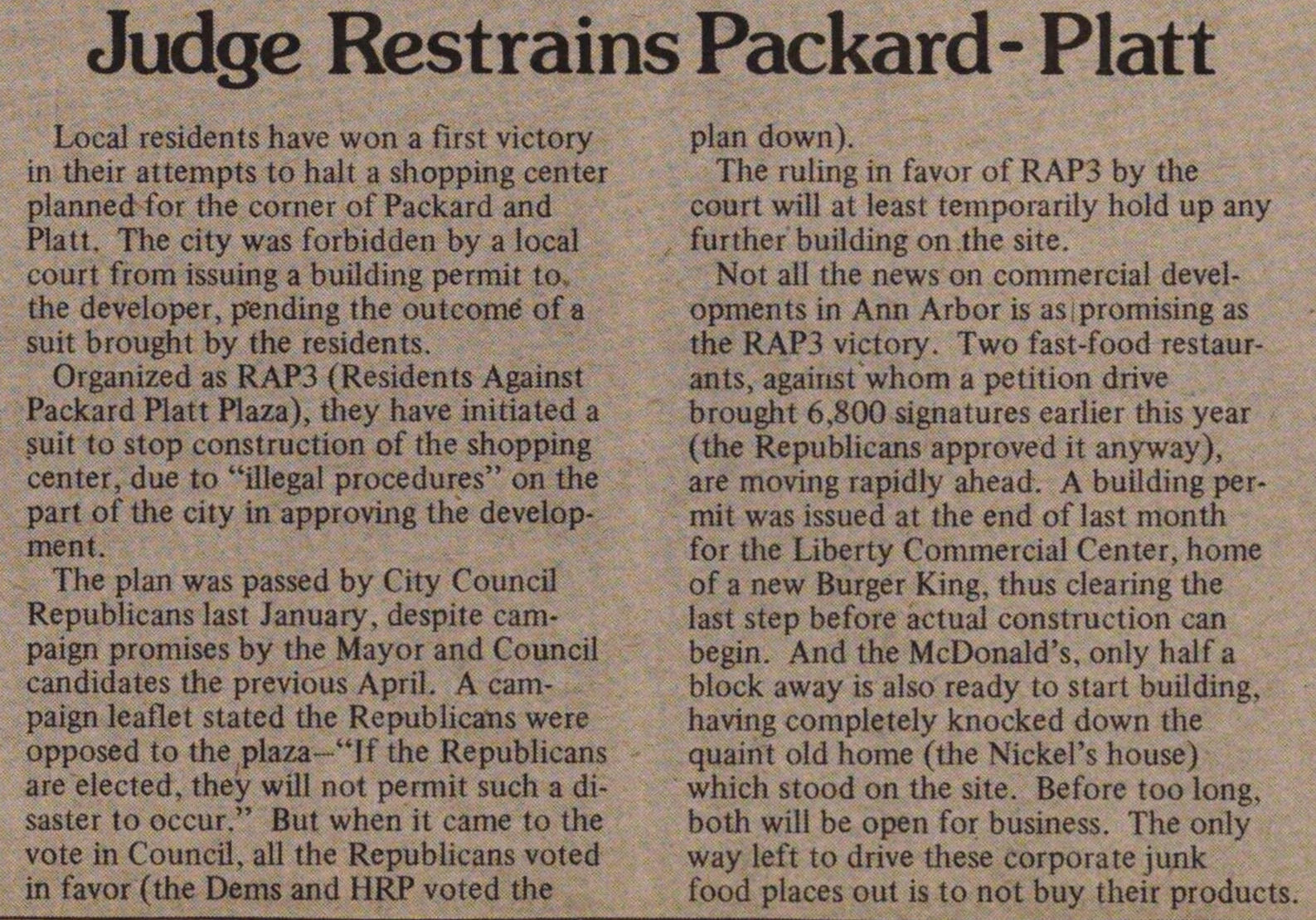 Local residents have won a first victory in their attempts to halt a shopping center planned for the comer of Packard and Platt. The city was forbidden by a local court from issuing a building permit to, the developer, pending the outcomë of a suit brought by the residents. Organized as RAP3 (Residents Against Packard Platt Plaza), they have initiated a suit to stop construction of the shopping center, due to "illegal procedures" on the part of the city in approving the development. The plan was passed by City Council Republicans last January, despite campaign promises by the Mayor and Council candidates the previous April. A campaign leaflet stated the Republicans were opposed to the plaza-"If the Republicans are elected, they will not permit such a disaster to occur." But when it came to the vote in Council, all the Republicans voted in favor (the Dems and HRP voted the plan down). The ruling in favor of RAP3 by the court will at least temporarily hold up any further building on the site. Not all the news on commercial developments in Ann Arbor is aspromising as the RAP3 victory. Two fast-food restaurants, against whom a petition drive brought 6,800 signatures earlier this year (the Republicans approved it anyway), are moving rapidly ahead. A building permit was issued at the end of last month for the Liberty Commercial Center, home of a new Burger King, thus clearing the last step before actual construction can begin. And the McDonald's, only half a block away is also ready to start building, having completely knocked down the quaint old home (the Nickel's house) which stood on the site. Before too long, both will be open for business. The only way left to drive these corporate junk food places out is to not buv their Products.