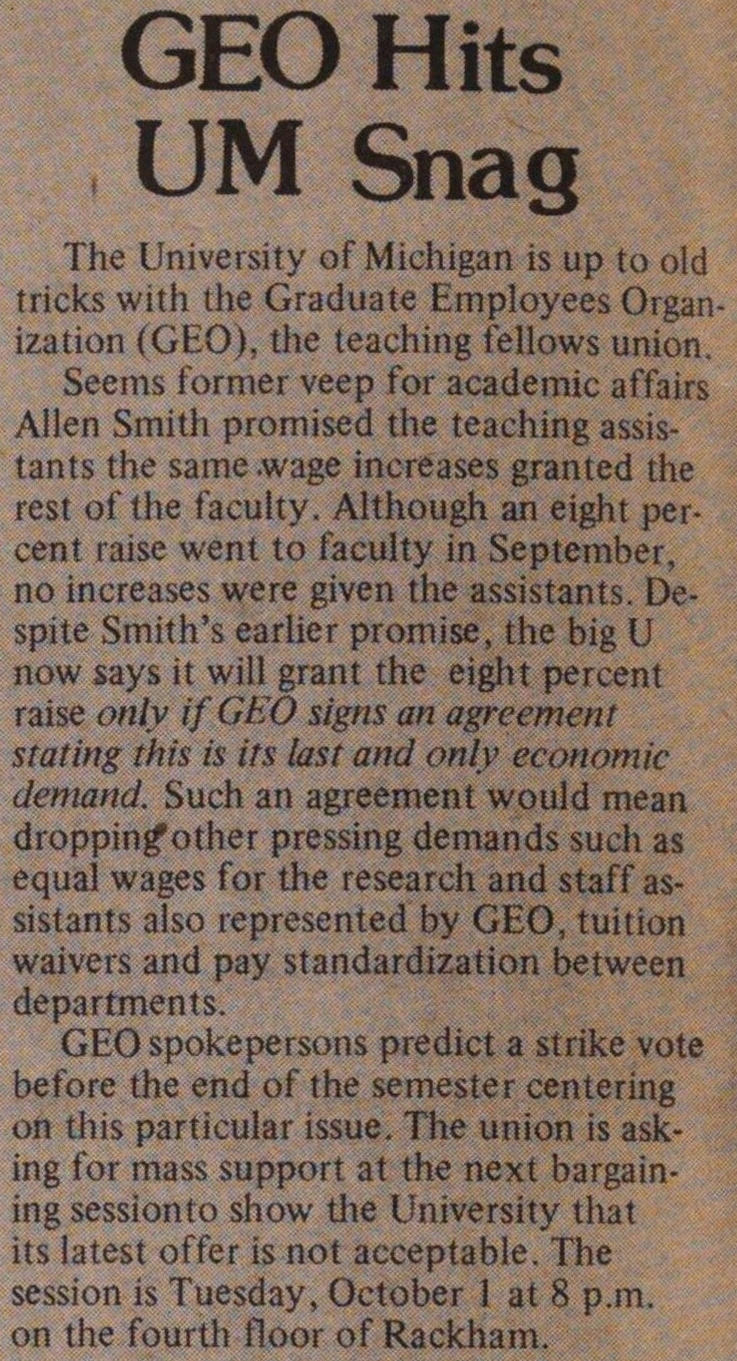 The University of Michigan is up to old tricks with the Graduate Employees Organization (GEO), the teaching fellows union.

Seems former veep for academic affairs Allen Smith promised the teaching assistants the same wage increases granted the rest of the faculty. Although an eight percent raise went to faculty in September, no increases were given the assistants. Despite Smith's earlier promise, the big U now says it will grant the eight percent raise only if GEO signs an agreement stating this is its last and only economic demand. Such an agreement would mean dropping other pressing demands such as equal wages for the research and staff assistants also represented by GEO, tuition waivers and pay standardization between departments.

GEO spokepersons predict a strike vote before the end of the semester centering on this particular issue. The union is asking for mass support at the next bargaining session to show the University that its latest offer is not acceptable. The session is Tuesday, October 1 at 8 p.m. on the fourth floor of Rackham.