The Assassin Of Chile 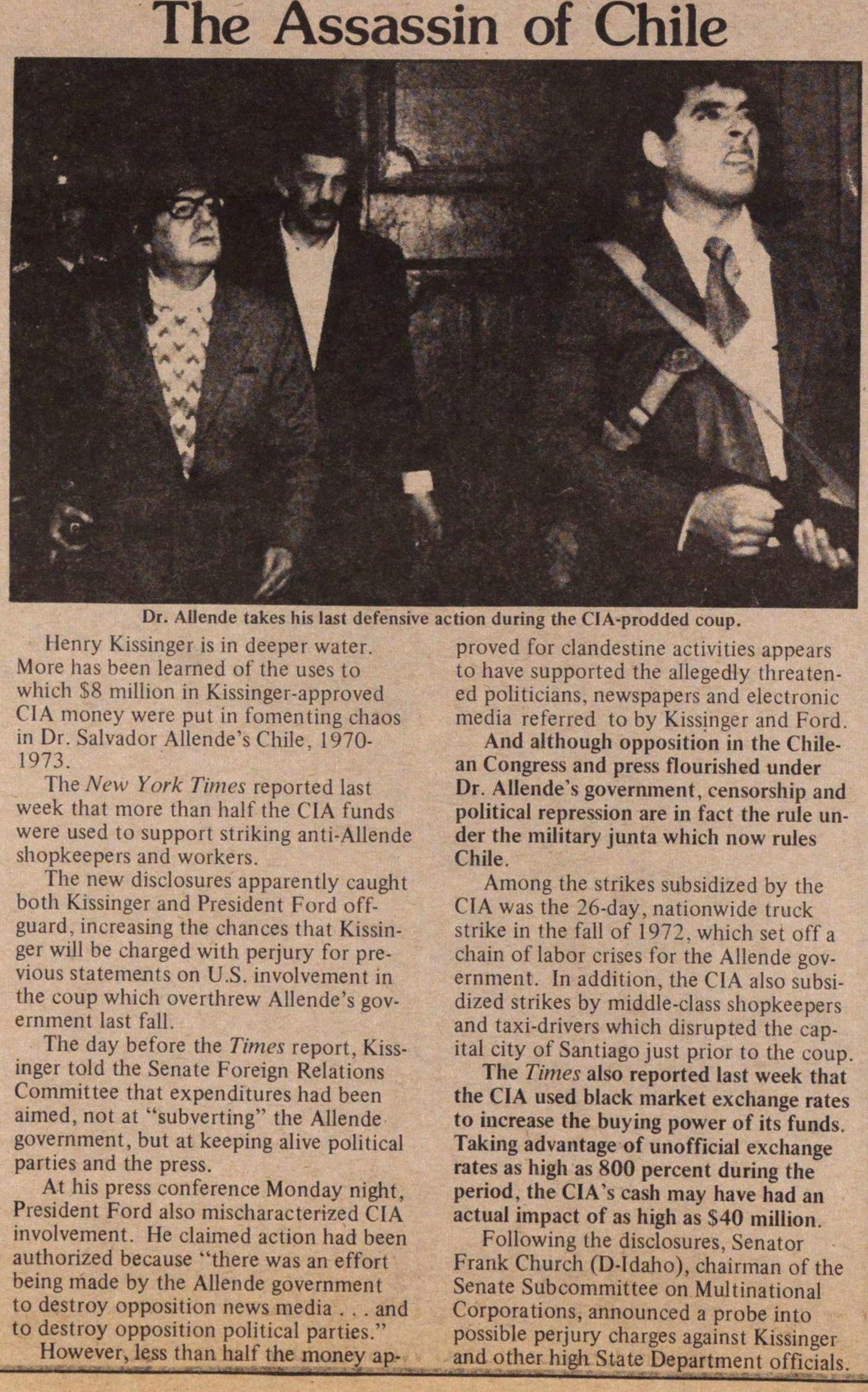 Henry Kissinger is in deeper water. More has been learned of the uses to which $8 million in Kissinger-approved CIA money were put in fomenting chaos in Dr. Salvador Allende's Chile 1970-1973.

The New York Times reported last week that more than half the CIA funds were used to support striking anti-Allende shopkeepers and workers.

The new disclosures apparently caught both Kissinger and President Ford off guard, increasing the chances that Kissinger will be charged with perjury for previous statements on U.S. involvement in the coup which overthrew Allende's government last fall.

The day before the Times report. Kissinger told the Senate Foreign Relations Committee that expenditures had been aimed, not at "subverting" the Allende government, but at keeping alive political parties and the press.

However, less than half the money approved for clandestine activities appears to have supported the allegedly threatened politicians, newspapers and electronic media referred to by Kissinger and Ford.

And although opposition in the Chilean Congress and press flourished under Dr. Allende's government, censorship and political repression are in fact the rule under the military junta which now rules Chile.

Among the strikes subsidized by the CIA was the 26-day, nationwide truck strike in the fall of 1972. which set off a chain of labor crises for the Allende government. In addition, the CIA also subsidized strikes by middle-class shopkeepers and taxi-drivers which disrupted the capital city of Santiago just prior to the coup.

The Times also reported last week that the CIA used black market exchange rates to increase the buying power of its funds. Taking advantage of unofficial exchange rates as high as 800 percent during the period, the CIA's cash may have had an actual impact of as high as S40 million.

Following the disclosures, Senator Frank Church (D-Idaho), chairman of the Senate Subcommittee on Multinational Corporations, announced a probe into possible perjury charges against Kissinger and other high State Department officials.