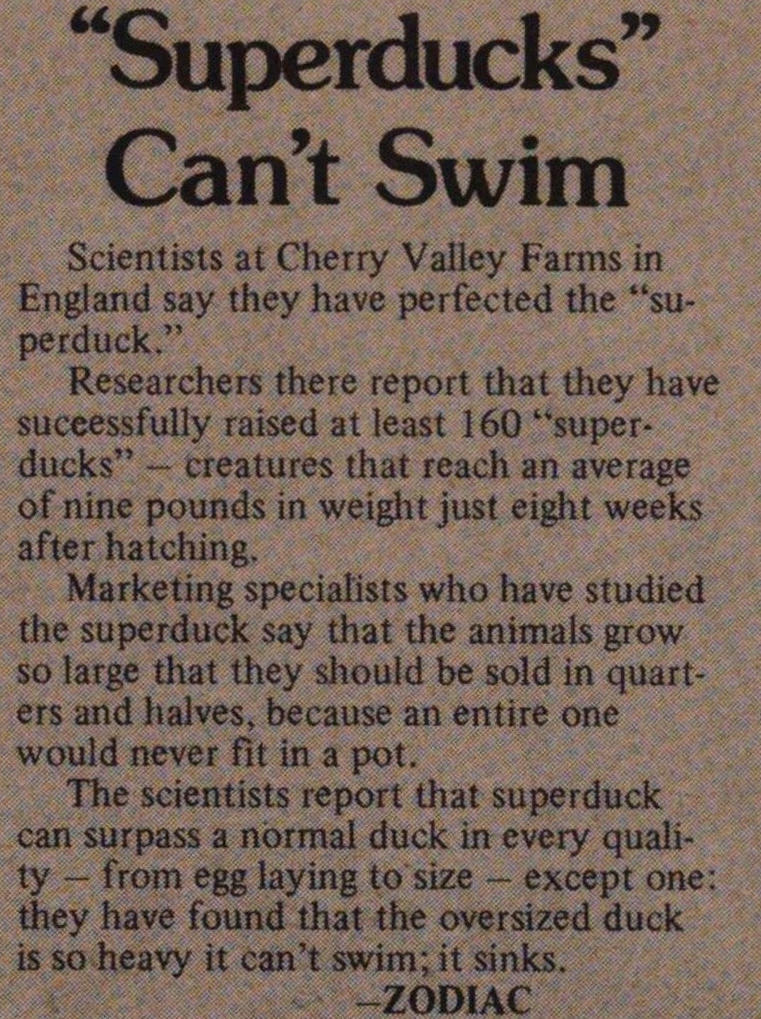 Scientists at Cherry Valley Farms in England say they have perfected the "superduck."

Researchers there report that they have successfully raised at least 160 "superducks" - creatures that reach an average of nine pounds in weight just eight weeks after hatching.

Marketing specialists who have studied the superduck say that the animals grow so large that they should be sold in quarters and halves, because an entire one would never fit in a pot.

The scientists report that superduck can surpass a normal duck in every quality - from egg laying to size - except one: they have found that the oversized duck is so heavy it can 't swim; it sinks.