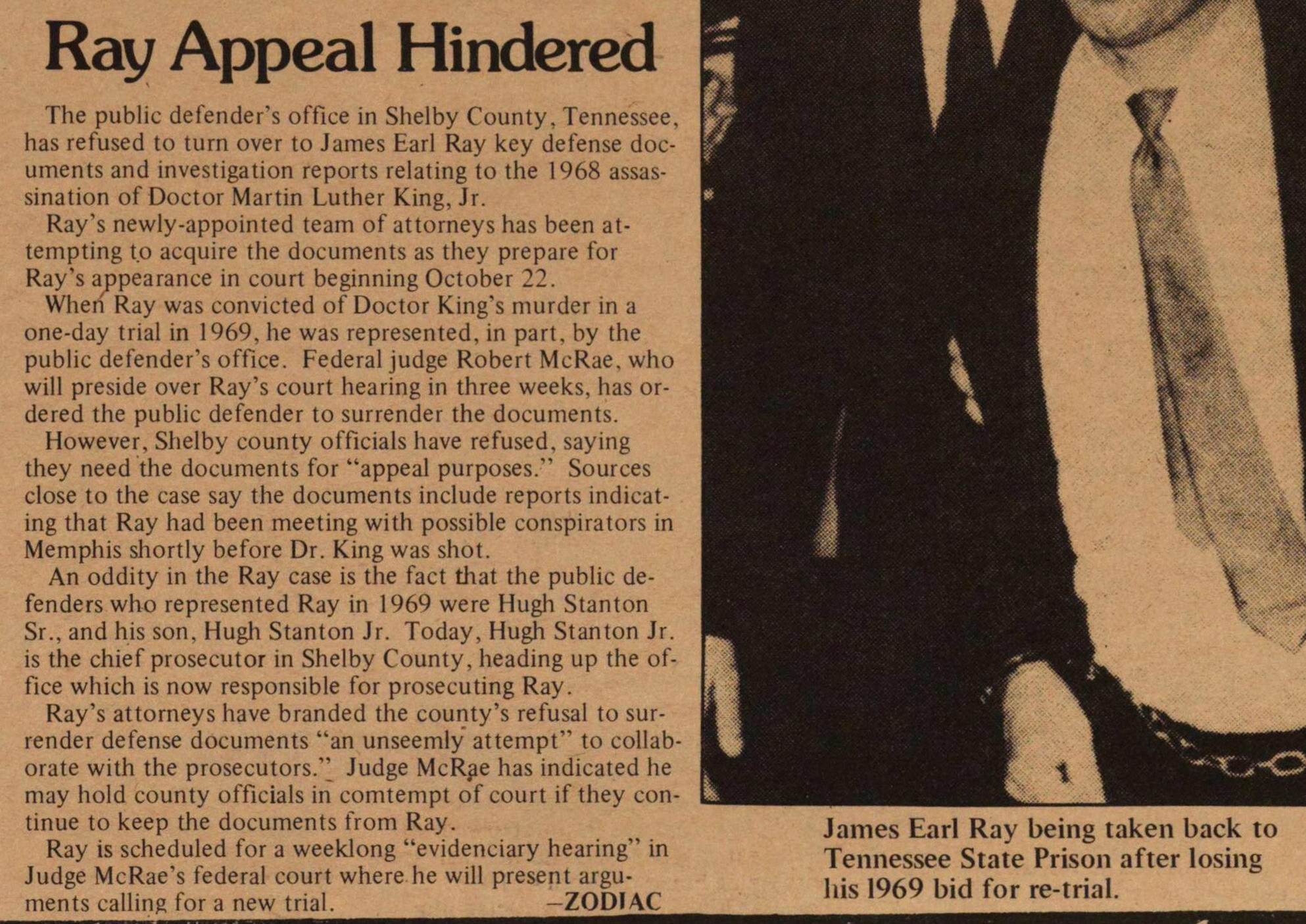 The public defender's office in Shelby County. Tennessee, has refused to turn over to James Earl Ray key defense documents and investiga tion reports relating to the 1968 assassination of Doctor Martin Luther King, Jr. Ray's newly-appointed team of attorneys has been attempting to acquire the documento as they prepare for Ray's appearance in court beginning October 22. Wheri Ray was convicted of Doctor King's murder in a one-day trial in 1969, he was represented, in part. by the public defender's office. Federal judge Robert McRae. who will preside over Ray's court hearing in three weeks, has ordered the public defender to surrender the documents. However, Shelby county officials have refused. saying they need the documents for "appeal purposes." Sources close to the case say the documents include reports indicating that Ray had been meeting with possible conspirators in Memphis shortly before Dr. King was shot. An oddity in the Ray case is the fact that the public defenders who represented Ray in 1969 were Hugh Stanton Sr., and his son. Hugh Stanton Jr. Today, Hugh Stanton Jr. is the chief prosecutor in Shelby County, heading up the office which is now responsible for prosecuting Ray. Ray's attorneys have branded the county's refusal to surrender defense documents "an unseemly attempt" to collaborate with the prosecutors." Judge McRae has indicated he may hold county officials in comtempt of court if they continue to keep the documents from Ray. Ray is scheduled for a weeklong "evidenciary hearing" in Judge McRae's federal court where he will present ments calling for a new trial.