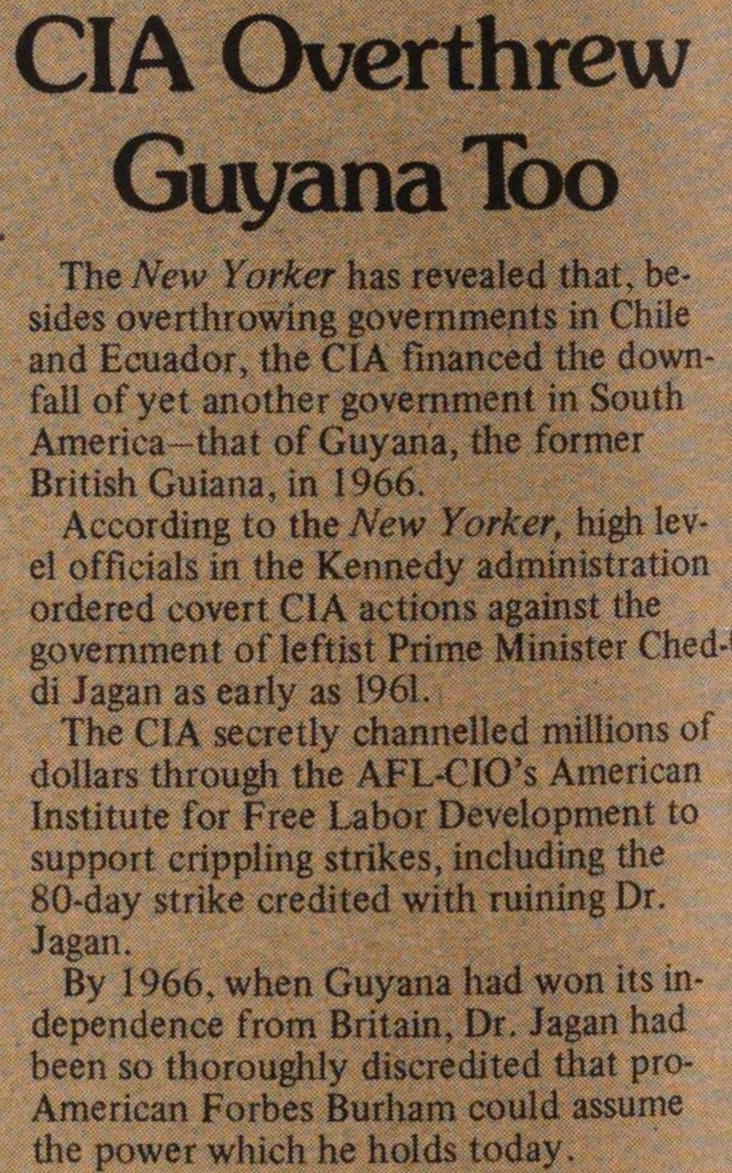 The New Yorker has revealed that, besides overthrowing governments in Chile and Ecuador, the CIA financed the downfall of yet another government in South America-that of Guyana, the former British Guiana, in 1966. According to the New Yorker, high level officials in the Kennedy administration ordered covert CIA actions against the government of leftist Prime Minister Cheddi Jagan as early as 1961. The CIA secretly channelled millions of dollars through the AFL-CIO's American Institute for Free Labor Development to support crippling strikes, including the 80-day strike credited with ruining Dr. Jagan. By 1966, when Guyana had won its independence from Britain, Dr. Jagan had been so thoroughly discredited that proAmerican Forbes Burham could assume the power which he holds today.