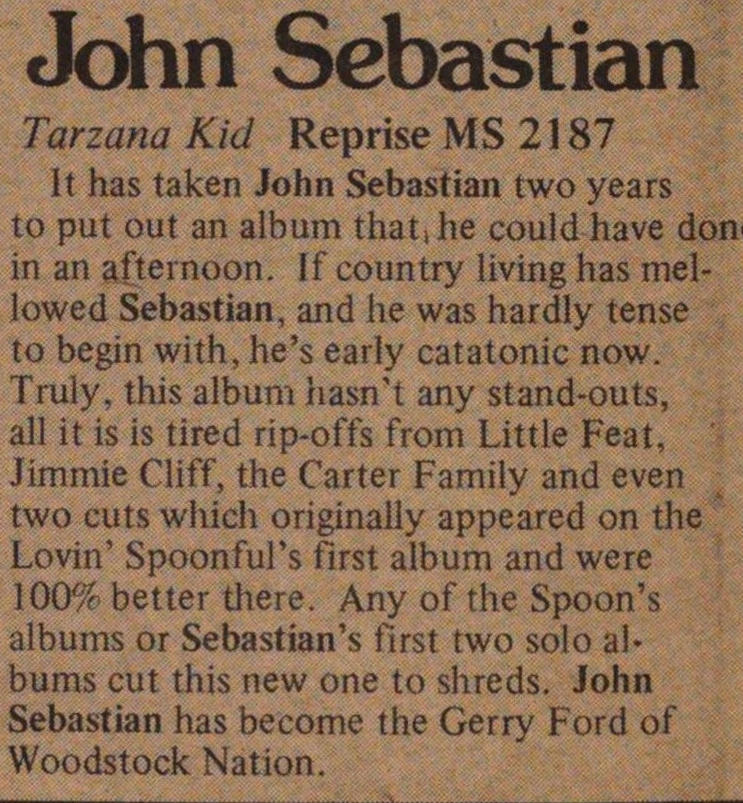 It has taken John Sebastian two years to put out an album that,he couldhave don in an afternoon. If country living has mellowed Sebastian, and he was hardly tense to begin with, he's early catatonic now. Truly, this album hasn't any stand-outs, all it is ís tired rip-offs from Little Feat, Jimmie Cliff, the Carter Family and even two cuts which originally appeared on the Lovin' SpoonfuFs first album and were 100%' better there. Any of the Spoon's albums or Sebastian 's first two solo albums cut this new one to shreds. John Sebastian has become the Gerry Ford of Woodstock Nation.