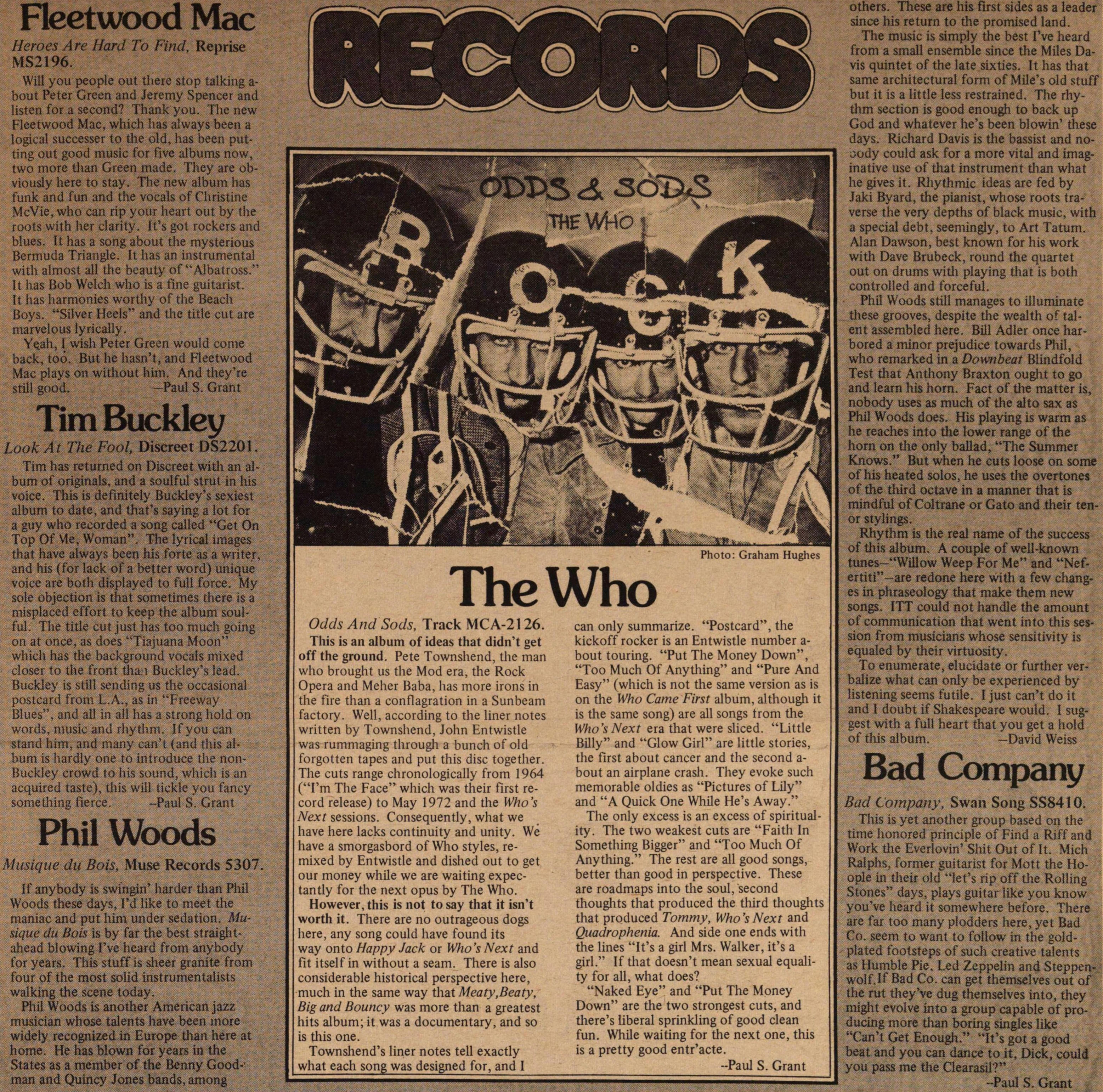 If anybody is swingin' harder than Phil Woods these days, I'd like to meet the maniac and put him under sedation. Musique du Bois is by far the best straightahead blowing I've heard from anybody for years. This stuff is sheer granite from four of the most solid instrumentalists walking the scène today.

Phil Woods is another American jazz musician whose talents have been more widely recognized in Europe than here at home. He has blown for years in the States as a member of the Benny Goodman and Quincy Jones bands, among others. These are his first sides as a leader since his return to the promised land.

The music is simply the best I've heard from a small ensemble since the Miles Davis quintet of the late sixties. It has that same architectural form of Mile's old stuff but it is a little less restrained. The rhythm section is good enough to back up God and whatever he's been blowin' these days. Richard Davis is the bassist and noody could ask for a more vital and imaginative use of that instrument than what he gives it. Rhythmic ideas are fed by Jaki Byard, the pianist, whose roots traverse the very depths of black music, with a special debt, seemingly, to Art Tatum. Alan Dawson, best known for his work with Dave Brubeck, round the quartet out on drums with playing that is both controlled and forceful.

Phil Woods still manages to illuminate these grooves, despite the wealth of talent assembled here. Bill Adler once harbored a minor prejudice towards Phil, who remarked in a Downbeat Blindfold Test that Anthony Braxton ought to go and learn his horn. Fact of the matter is, nobody uses as much of the alto sax as Phil Woods does. His playing is warm as he reaches into the lower range of the horn on the only ballad, "The Summer Knows." But when he cuts loose on some of his heated solos, he uses the overtones of the third octave in a manner that is mindful of Coltrane or Gato and their tenor stylings.

Rhythm is the real name of the success of this album. A couple of well-known tunes-"Willow Weep For Me" and "Nefertiti"- are redone here with a few changes in phraseology that make them new songs. ITT could not handle the amount of communication that went into this session from musicians whose sensitivity is equaled by their virtuosity.

To enumerate, elucidate or further verbalize what can only be experienced by listening seems futile. I just can't do it and I doubt if Shakespeare would. I suggest with a full heart that you get a hold of this album.