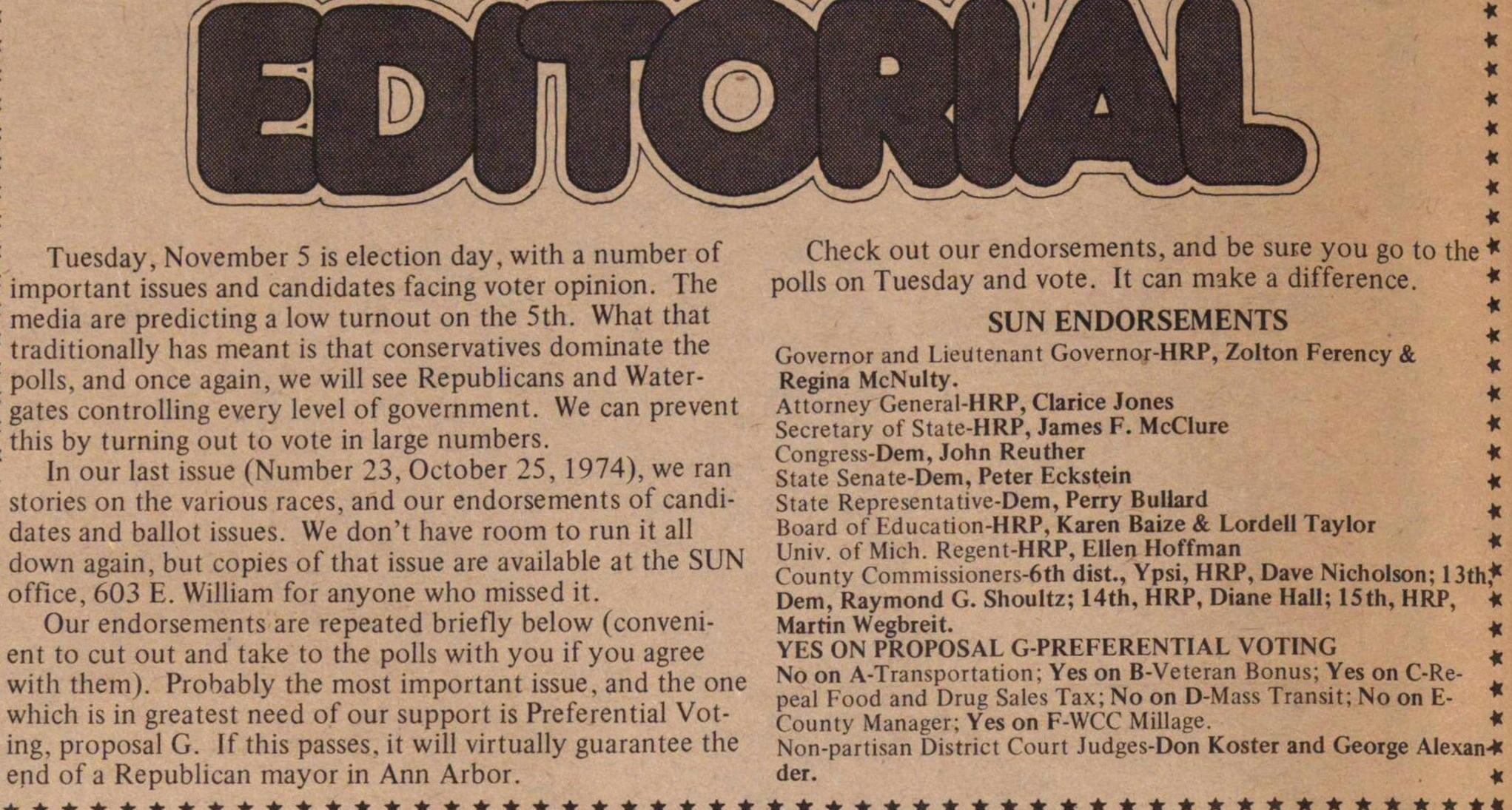 Tuesday, November 5 is election day, with a number of important issues and candidates facing voter opinion. The media are predicting a low turnout on the 5th. What that traditionally has meant is that conservatives dominate the polls, and once again, we will see Republicans and Watergates controlling every level of government. We can prevent this by turning out to vote in large numbers.
In our last issue (Number 23, October 25, 1974), we ran stories on the various races, and our endorsements of candidates and ballot issues. We don't have room to run it all down again, but copies of that issue are available at the SUN office, 603 E. William for anyone who missed it.
Our endorsements are repeated briefly below (convenient to cut out and take to the polls with you if you agree with them). Probably the most important issue, and the one which is in greatest need of our support is Preferential Voting, proposal G. If this passes, it will virtually guarantee the end of a Republican mayor in Ann Arbor.
Check out our endorsements, and be sure you go to the polls on Tuesday and vote. It can make a difference.