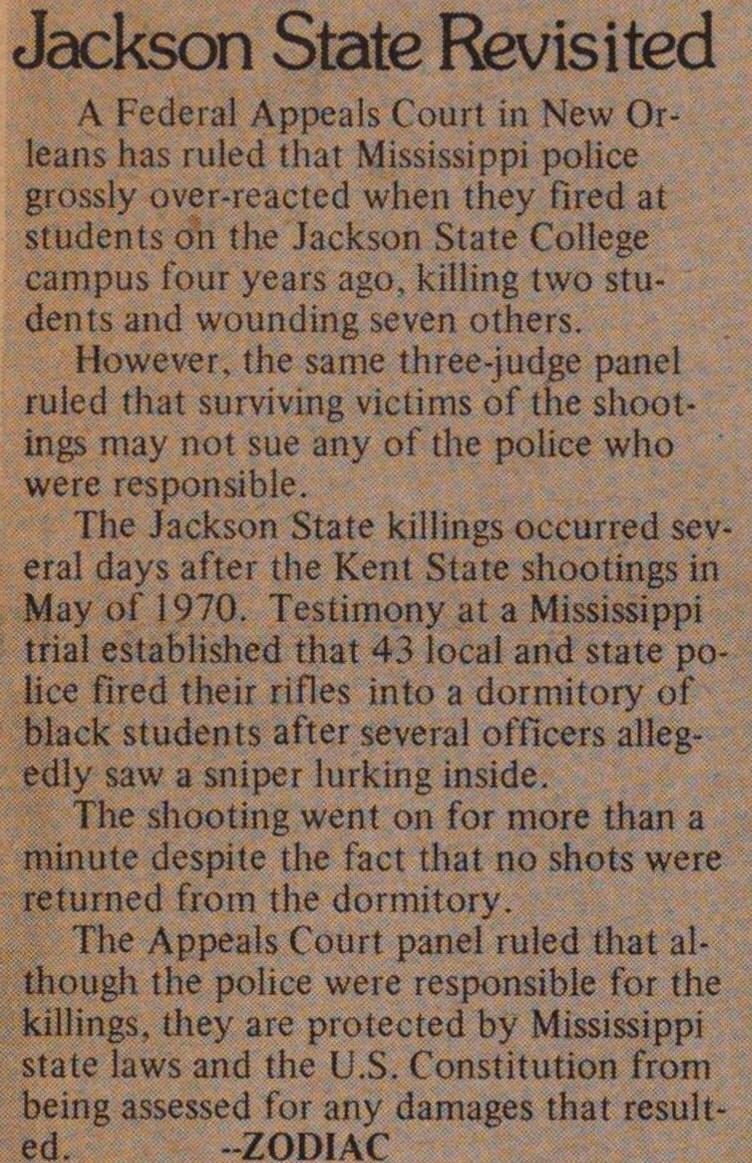 A Federal Appeals Court in New Orleans has ruled that Mississippi police grossly over-reacted when they fired at students on the Jackson State College campus four years ago, killing two students and wounding seven others.

However, the same three-judge panel ruled that surviving victims of the shootings may not sue any of the police who were responsible.

The Jackson State killings occurred several days after the Kent State shootings in May of 1970. Testimony at a Mississippi trial established that 43 local and state police fired their rifles into a dormitory of black students after several officers allegedly saw a sniper lurking inside.

The shooting went on for more than a minute despite the fact that no shots were returned from the dormitory.

The Appeals Court panel ruled that although the police were responsible for the killings. they are protected by Mississippi state laws and the U.S. Constitution from being assessed for any damages that resulted. --ZODIAC