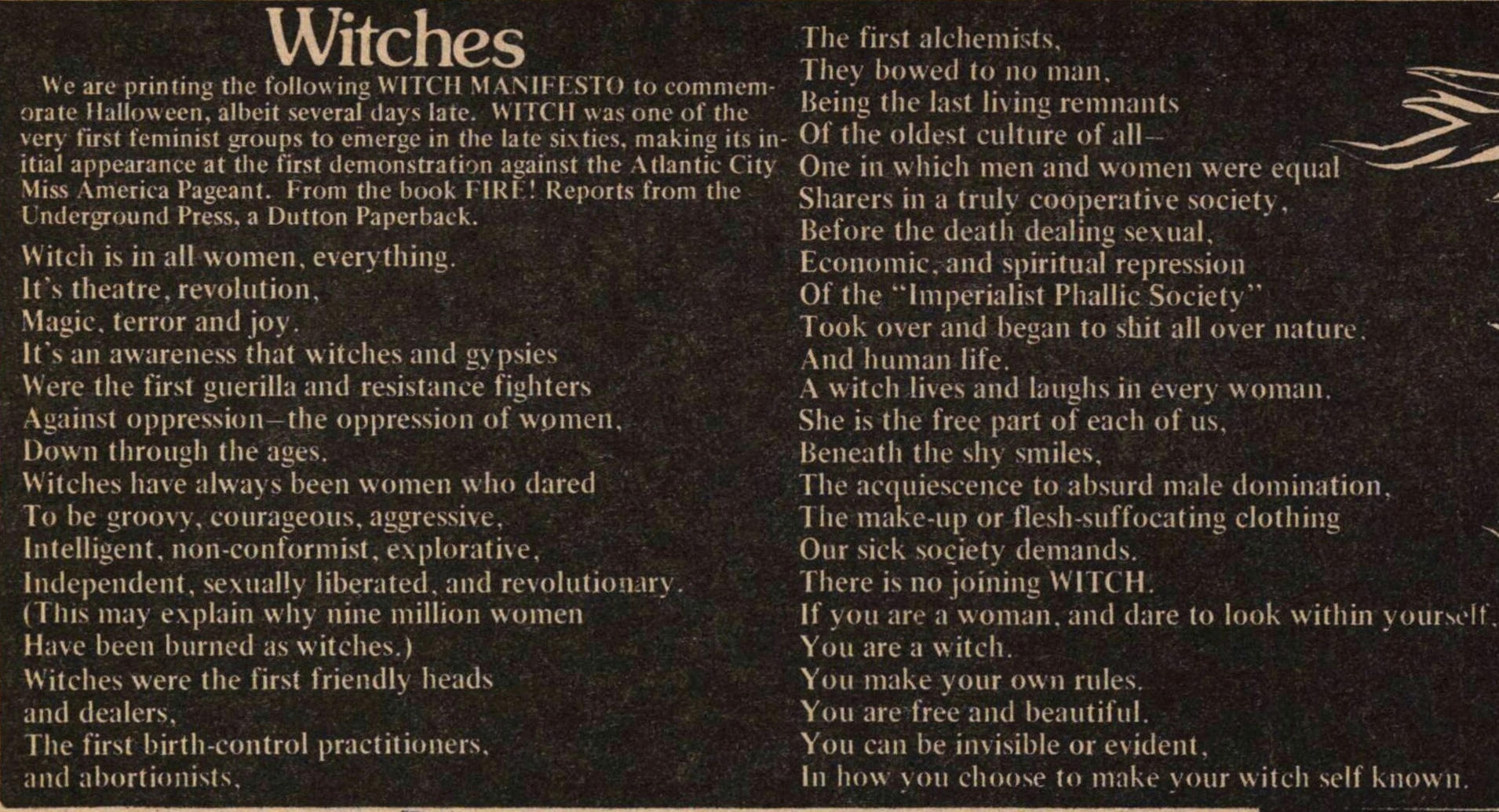 We are publishing the following WITCH MANIFESTO to Commemorate Halloween, albeit several days late. WITCH was one of the very first feminists groups to emerge in the late sixties, making it's initial appearance at the first demonstration against the Atlantic City Miss America pageant. From the Book FIRE! Reports from the Underground Press a Dutton Paperback.

Witch is in all women, everything.

It's an awareness that witches and gypsies were the first guerilla and resistance fighters against oppression--the oppression of women.

Down through the ages, witches have always been women who dared to be groovy, courageous, aggressive, intelligent, non-conformists,  explorative, independent, sexually liberated, and revolutionary.

(This may explain why nine million women have been burned as witches.)

Witches were the first friendly heads and dealers.

The first birth-control practitioners and abortionists.

They bowed to no man.

Being the last living remnants of the oldest culture of all--One in which men and women were equal sharers in a truly cooperative society.

Before the death dealing sexual, economic, and spiritual repression of the "Imperialist Phallic Society" took over and began to shit all over society. and human life.

A witch lives and laughs in every woman.

She is the free part of each of us.

Beneath the shy smiles, the acquiescence to absurd male domination, the make-up or flesh suffocating clothing our sick society demands.

There is no joining WITCH.

If you are a woman, and dare to look within yourself, you are a witch, you make your own rules, you are free and beautiful, you can be invisible or evident, in how you choose to make your witch self known.