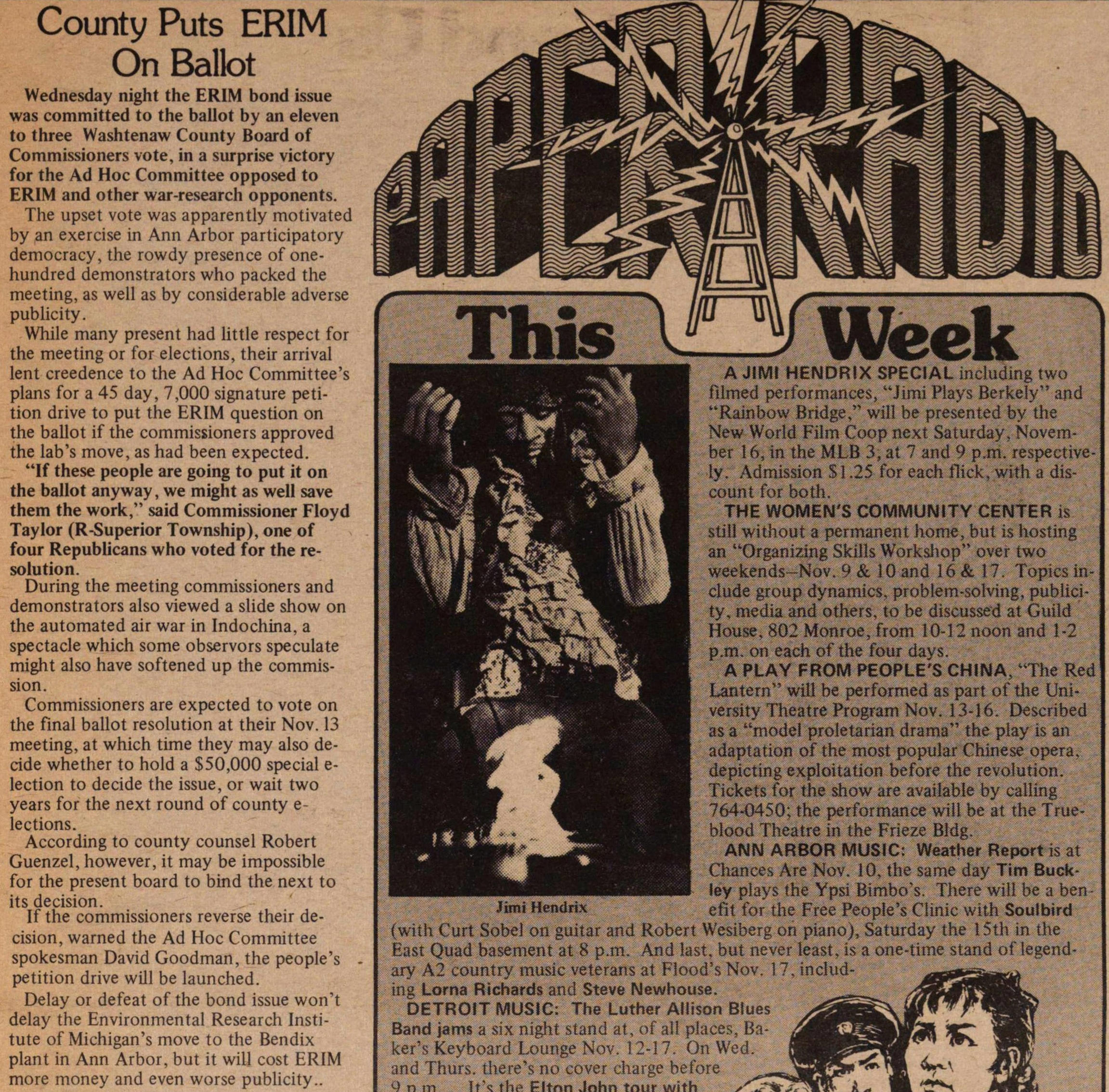 Wednesday night the ERIM bond issue was committed to the ballot by an eleven to three Washtenaw County Board of Commissioners vote, in a surprise victory for the Ad Hoc Committee opposed to ERIM and other war-research opponents. The upset vote was apparently motivated by an exercise in Ann Arbor participatory democracy, the rowdy presence of onehundred demonstrators who packed the meeting, as well as by considerable adverse publicity. While many present had little respect for the meeting or for elections, their arrival lent creedence to the Ad Hoc Committee's plans for a 45 day, 7,000 signature petition drive to put the ERIM question on the ballot if the commissioners approved the lab's move, as had been expected. "If these people are going to put it on the ballot any way , we might as well save them the work," said Commissioner Floyd Taylor (R-Superior Township), one of four Republicans who voted for the resolution. During the meeting commissioners and demonstrators also viewed a slide show on the automated air war in Indochina, a spectacle which some observors speculate might also have softened up the commission. Commissioners are expected to vote on the final ballot resolution at their Nov. 13 meeting, at which time they may also decide whether to hold a $50,000 special election to decide the issue, or wait two years for the next round of county elections. According to county counsel Robert Guenzel, however, it may be impossible for the present board to bind the next to its decisión. If the commissioners reverse their decisión, warned the Ad Hoc Committee spokesman David Goodman, the people's . petition drive will be launched. Delay or defeat of the bond issue won't delay the Environmental Research Institute of Michigan's move to the Bendix plant in Ann Arbor, but it will cost ERIM more money and even worse publicity..