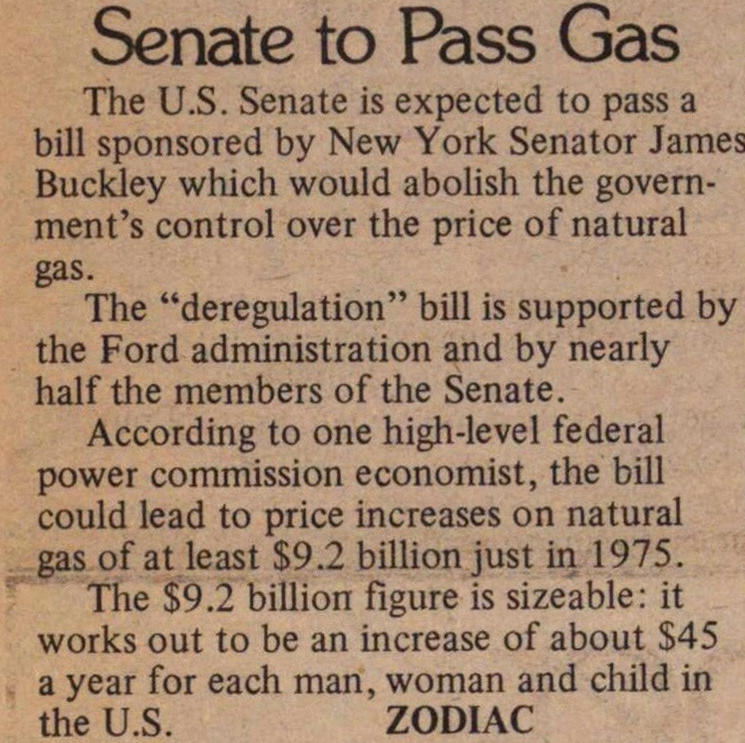 The U.S. Senate is expected to pass a bilí sponsored by New York Senator James Buckley which would abolish the government's control over the price of natural gas. The "deregulation" bill is supported by the Ford administration and by nearly half the members of the Senate. According to one high-level federal power commission economist, the bill could lead to price increases on natural gas of at least $9.2 billion just in 1975. The S9.2 billion figure is sizeable: it works out to be an increase of about $45 a vear for each man, woman and child in the U.S.