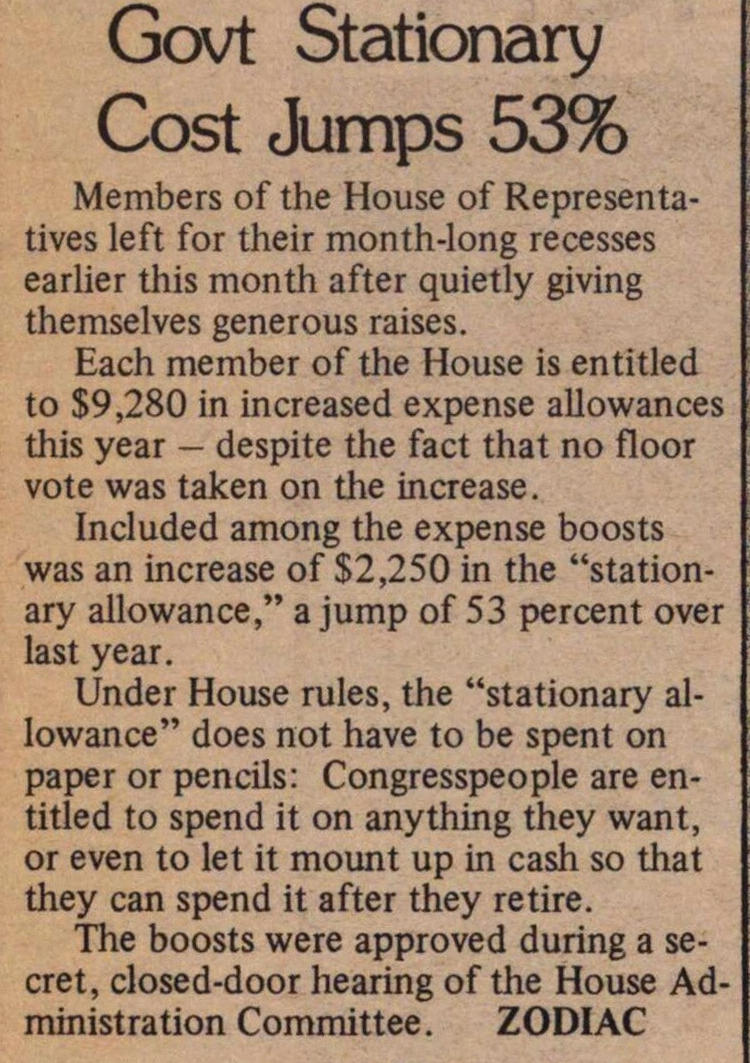 Members of the House of Representatives left for their month-long recesses earlier this month after quietly giving themselves generous raises. Each member of the House is entitled to $9,280 in increased expense allowances this year - despite the fact that no floor vote was taken on the increase. Included among the expense boosts was an increase of $2,250 in the "stationary allowance," a jump of 53 percent over last year. Under House rules, the "stationary allowance" does not have to be spent on paper or pencils: Congresspeople are entitled to spend it on anything they want, or even to let it mount up in cash so that they can spend it after they retire. The boosts were approved during a secret, closed-door hearing of the House ministra tion Committee.