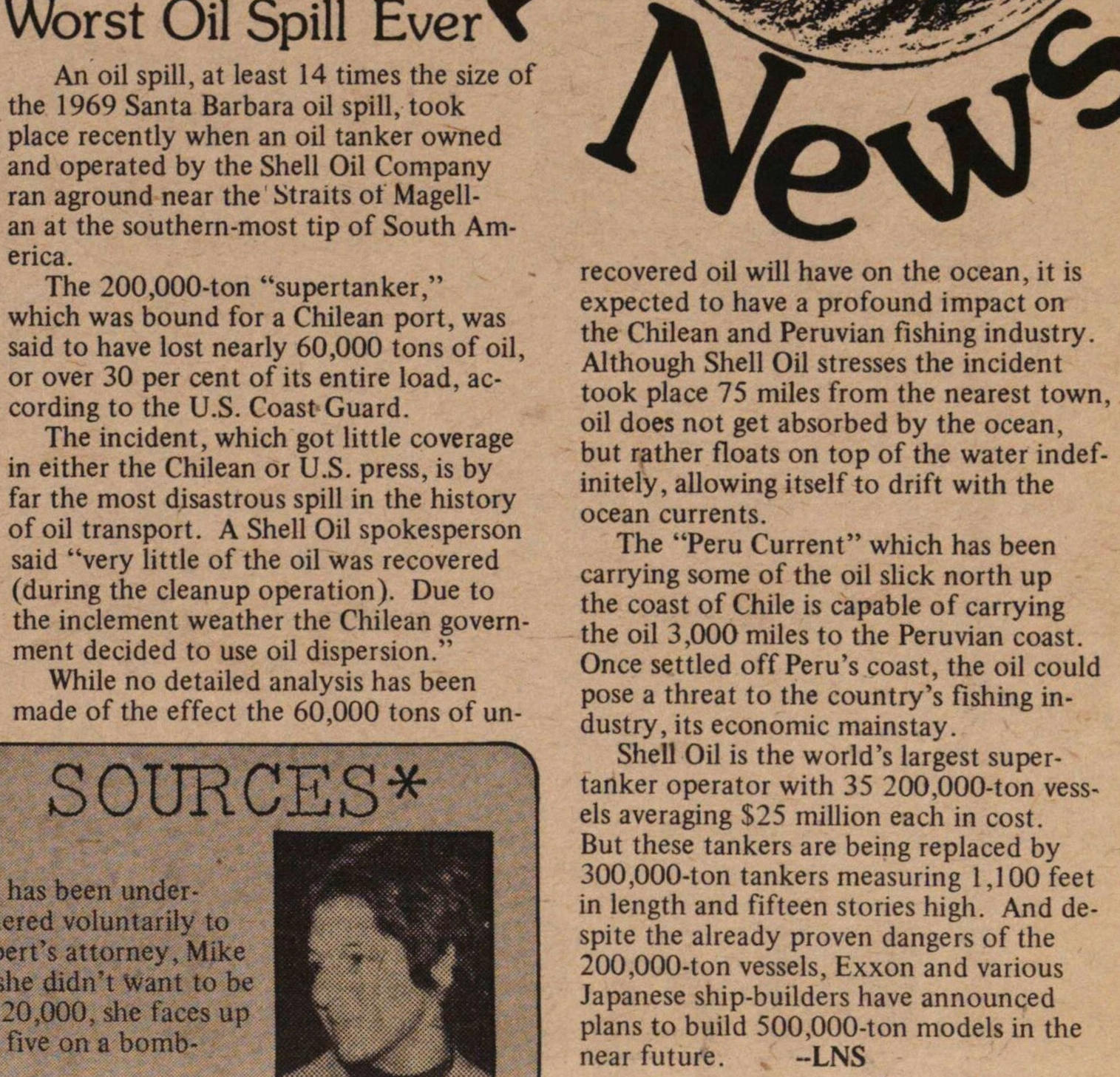 An oil spill, at least 14 times the size of the 1969 Santa Barbara oil spill, took place recently when an oil tanker owned and operated by the Shell Oil Company ran aground near the Straits of Magellan at the southern-most tip of South America.

The 200,000-ton "supertanker," which was bound for a Chilean port, was said to have lost nearly 60,000 tons of oil, or over 30 per cent of its entire load, according to the U.S. Coast Guard. The incident, which got little coverage in either the Chilean or U.S. press, is by far the most disastrous spill in the history of oil transport. A Shell Oil spokesperson said "very little of the oil was recovered (during the cleanup operation). Due to the inclement weather the Chilean government decided to use oil dispersion."

While no detailed analysis has been made of the effect the 60,000 tons of unrecovered oil will have on the ocean, it is expected to have a profound impact on the Chilean and Peruvian fishing industry. Although Shell Oil stresses the incident took place 75 miles from the nearest town, oil does not get absorbed by the ocean, but rather floats on top of the water indefinitely, allowing itself to drift with the ocean currents.

The "Peru Current" which has been carrying some of the oil slick north up the coast of Chile is capable of carrying the oil 3,000 miles to the Peruvian coast. Once settled off Peru's coast, the oil could pose a threat to the country's fishing industry, its economic mainstay.

Shell Oil is the world's largest supertanker operator with 35 200,000-ton vessels averaging $25 million each in cost. But these tankers are being replaced by 300,000-ton tankers measuring 1,100 feet in length and fifteen stories high. And despite the already proven dangers of the 200,000-ton vessels, Exxon and various Japanese ship-builders have announced plans to build 500,000-ton models in the near future.  --LNS