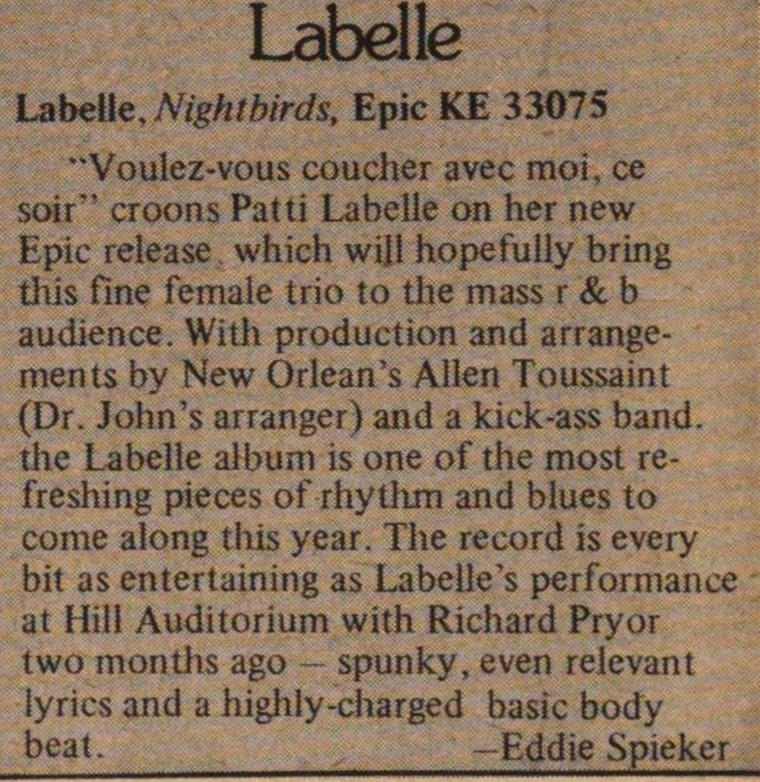 "Voulez-vous coucher avec moi, ce soir" croons Patti Labelle on her new Epic release which will hopefully bring this fine female trio to the mass R&B audience. With production and arrangements by New Orlean's Allen Toussaint (Dr. John's arranger) and a kick-ass band, the Labelle album is one of the most refreshing pieces of rhythm and blues to come along this year. The record is every bit as entertaining as Labelle's performance at Hill Auditorium with Richard Pryor two months ago - spunky, even relevant lyrics and a highly-charged basic body beat.